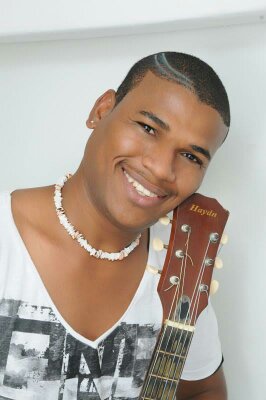 Coming from a compliment made to girls, ‘EstaRosa é Você’ was officially released a couple of years ago on August 15th, 2018.

With his origins from a humble family, Luiz entered the music scene at the age of 9. At 13, he was already performing at the mica straights of Ouriçangas in Brazil.

Luiz has been in the music scene for 19 years; performing on road shows, in bars, clubs, street parties and in the most diverse events held in the interior of Brasil while incorporating different rhythms such as Axé, Pagode, Samba de Roda, Xaxado, Seresta, Arrasta-pé, Rocha, and others staying at the contracting party’s Rio.

Luiz’s participation in television programs has raised his fame as well. He’s see in tv programs such as Tony Blak, Gilvan Barbosa In Terisina (Pi) On Tv Itapuã, On Channel 5 and behind the scenes of Programa Bom D+.

Looking back, it’s been a long time since we last heard of Luiz’s new music. This might just be a sign that Luiz is cooking something. Let’s wait for it!

You can follow GoGaShow on his journey through his Socials.