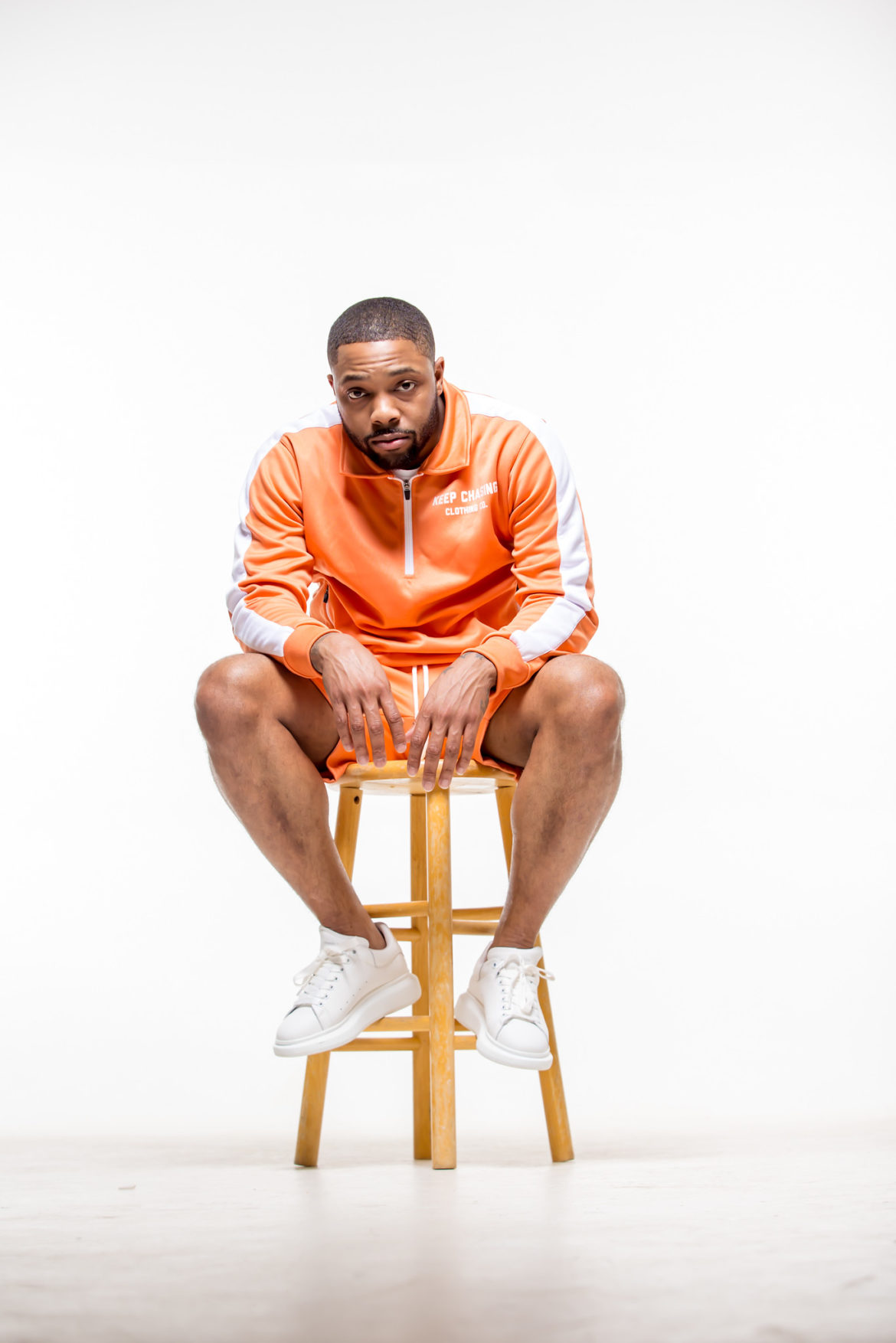 I feel we’re all chasing something…

All of Chaser’s built-up pain has fostered a chronicle catalogue of hits.

You can enjoy For Motivational Use Only here:

West Philadelphia born and raised rapper, Big Chaser, lures listeners in with his captivating storytelling lyrics, and to know that they are non-fictional leaves people wanting more.

Growing up not knowing his biological parents he lived his early adolescent years with his father’s sister who adopted him.

At the age of 9, his Dad moved in with them. Big Chaser and his Dad began to get close and make up for the lost time when it all came to a halt a year later when Big Chaser found his Dad dead.

Unfortunately, Chaser recently lost 3 brothers to drug abuse over the last 4 years. Despite the hardships, killings, robberies, extortion and scamming, by the grace of God, Big Chaser is still here today.

For as long as he could remember Big Chaser was always interested in music. Being that his mother was a singer, and his brother a rapper, he naturally gravitated towards it.

He knew he was destined for a career in music, and began taking music seriously at the age of 16. After a 15 year hiatus to obtain 2 degrees and travel the world, Big Chaser is back at it.

When not working on music, Big Chaser is working on his brand Keep Chasing Clothing Co. in The Wolfchase Galleria.

“I feel we’re all chasing something. No matter what a hater, naysayer, non-believer or outsider says, you HAVE TO Keep Chasing. There’s no grey area. I’m a chaser by nature. Every single day I’m hunting for a way to better myself and my family,” says Big Chaser.

Strongly believing that he can save someone through his message and his story, Big Chasers’ goal is to use his music to motivate the youth and let people know it’s deeper than getting in the booth and just saying anything that comes to mind.

I couldn’t agree more with Big Chaser. The truth is, we lose something once we give up chasing our dreams. It’s just how it is.

You can follow Big Chaser on his journey through his Socials.