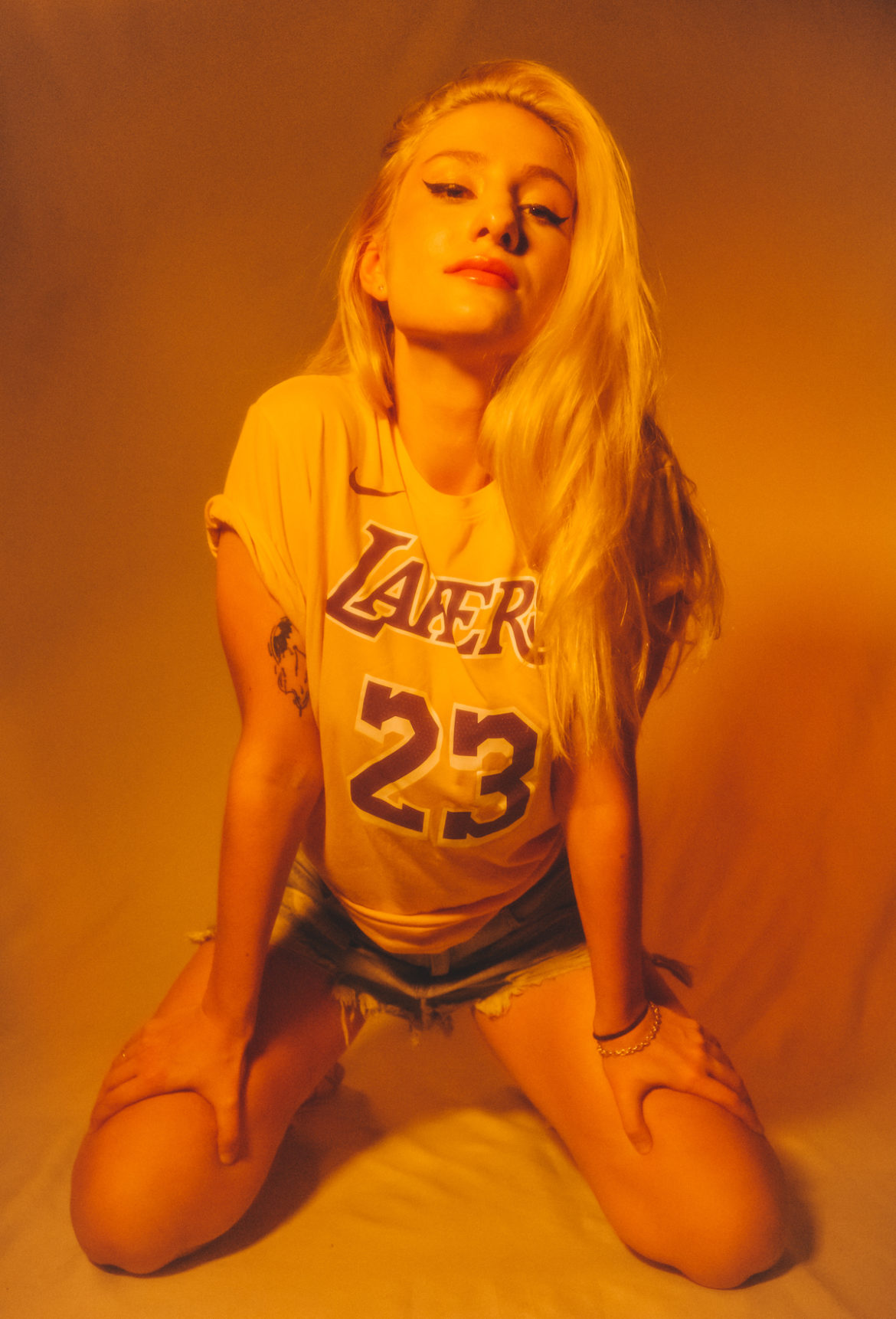 Blending the Taylor Swift, Charlie Puth and Olivia O’Brien’s kind of music feel, the track captures a lighthearted feeling of excitement, attraction, affection and recklessness that ends at the break of dawn.

If you could combine the hopeless romanticism, descriptive lyricism and powerful pop sound of Taylor Swift and the raspy alto vocals and edginess of Amy Winehouse, the cocktail would be Lina Cooper.

“The song itself is about this one night I spent with a guy… We met in a liberal arts class, became friends, then COVID happened, but we stayed in touch,” Lina explained.

You can enjoy I Kinda Wanted You To Stay here:

“I think you can figure out how the night went by the lyrics in the song. But the main feeling that I wanted to capture was this lighthearted feeling of excitement, attraction, affection, recklessness, but at the same time knowing that it all will end tomorrow.”

Lina Cooper is a 22-year-old songwriter, artist and producer born in a small industrial town in the Eastern part of Ukraine, Donetsk CA, a recent graduate of Berklee College of music and a self-proclaimed ‘Yellow Manic Pixie Dream Girl’ now based in Los Angeles.

She moved to Boston at the age of 17. While getting her degree at Berklee, she also worked 2 jobs and performed all over New England.

“There is nothing better than a pop song you can relate to. When you hear a lyric that stricks you to the core, makes you feel something and you can sing along to it… This feeling is what I live for; telling stories in the most memorable and beautiful way.” Lina said.

“Musically I was going for a light, but big pop sound… Think Taylor Swift, Charlie Puth, Olivia O’Brien, etc. I wanted to capture all the fun we’ve had, that drive, but also make it romantic. I wanted a driving, “punch in the face” kind of beat. I wanted a fun, catchy guitar hooks.”

Lina expresses her gratitude to her friends who made the project possible.

“I wrote the topline literally in my friend’s car during our Boston-LA road trip. I would just mumble melodies and write lyrics in my phone notes while they would be starting a campfire outside. And then all the vocals were recorded in my bedroom on the nights that I would come back from a restaurant shift around 1 am,” she revealed.

“My other Berklee friend Ben played some bass and my good friend Ivan helped with adding some cool synths and mixed it in his Glendale 1-bedroom.”

Lina is currently working as an assistant engineer at Harbor Studios, participating in various writing camps, working with both American and European publishers as well as releasing and performing her own music.

There’s most certainly something we’ve all wished we could have held on to. The nostalgic and sad emotion in ‘I Kinda Wanted You To Stay’ is pretty much brought out perfectly along with Lina’s subtle and delicate vocals. Another perfectly executed track this year!

You can follow Lina Cooper on her journey through her Socials.