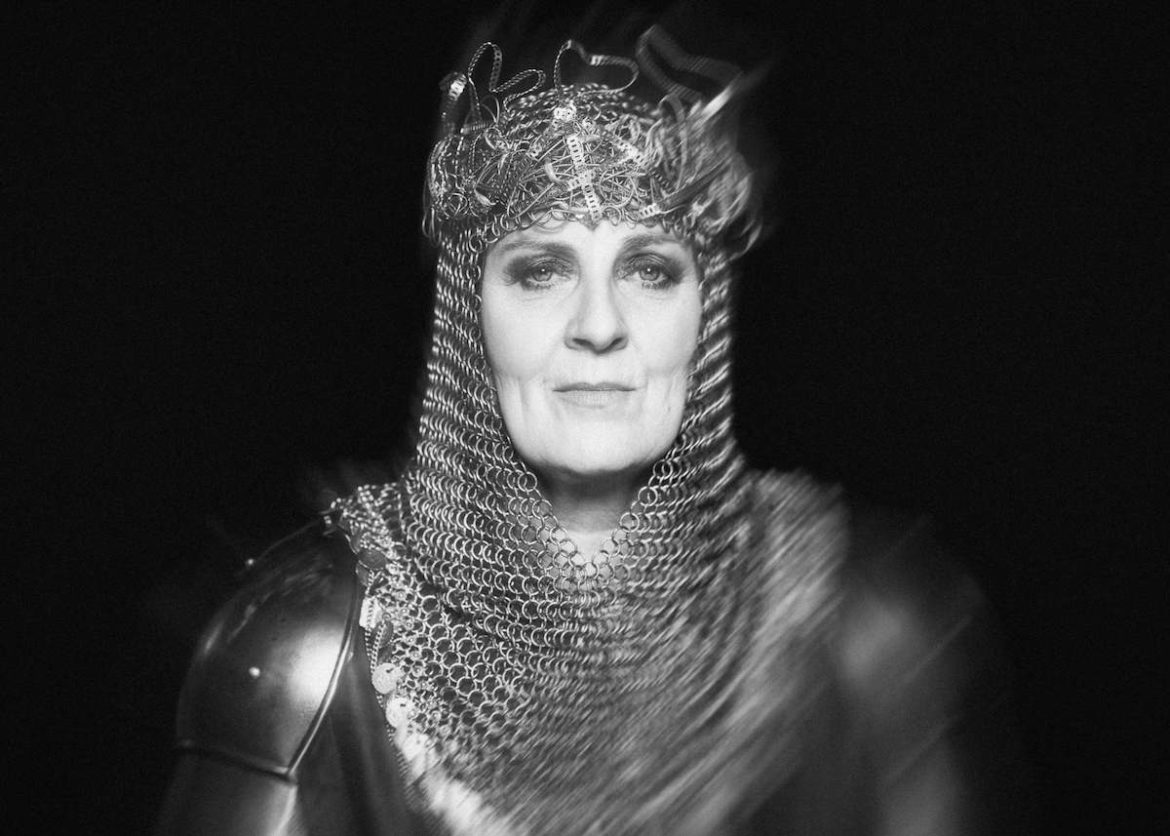 “… can’t quite believe it’s been 30 years since the release of The Same Sky.”

With her first new material in six years, the legendary Scottish singer, Horse McDonald has marked her return!

Written by Horse and Gordon Turner and recorded with Ross Hamilton and Michael Bannister at Rocket Science in Glasgow, the defiant new song spells a spectacular resurgence of Horse’s creativity and musical work and screams of an artist who has found strength and a sense of self.

The track comes in with Horse’s preparation to hit the road celebrating the 30th anniversary of her seminal debut album, The Same Sky.

You can enjoy Leaving here:

‘Leaving’ is a song about rising above all that has been holding you back and seeing Horse become a warrior who is looking at her enemies in the eye and swiftly leaving them in her wake.

With her much-anticipated eighth studio album in the works, Horse has undoubtedly found her voice once more.

Deemed ‘One of Britain’s finest singers’ by Q Magazine, her incredible vocal range and its unique texture and tone inspire a raw, emotional response every time.

The new single sees this amazing vocal pedigree and Horse’s powerful, honest and uplifting lyrics come to the fore once more.

With an illustrious career spanning over three decades under her belt, Horse shows no sign of slowing down – if anything, she’s speeding up.

Gracing venues from Glasgow to Cardiff with her ‘breathtaking stagecraft’ this spring, Horse will once again showcase her unparalleled live performance.

Audiences will have the chance to be moved by the iconic singer-songwriter as she reconnects with fans and the album which kick-started it all.

“I’m over the moon to be putting Leaving out in the world. The single is a call to arms to anyone who feels put down.

It’s a ‘I’m mad as hell and I’m not going to take it anymore’ moment and very close to my heart.

It just feels brilliant to be back creating new music… and channelling my inner Joan of Arc no less,” Horse said

“I’m looking forward to the year ahead and can’t quite believe it’s been 30 years since the release of The Same Sky.

It’s going to be such a joy to mark its anniversary with this tour and to be back in front of audiences across the UK will be a ‘pinch me’ moment.

I can’t wait to connect with fans once again and share memories of this album with them.” Horse concluded.

Signing her first major record deal in the 80s, Horse has toured with Tina Turner and BB King and performed alongside or opened for Robbie Williams, Bryan Ferry, Sir Ian McKellen, Pet Shop Boys, Culture Club and many more.

One of her best-known songs, ‘Careful‘, was covered by Will Young.

Horse has produced everything from a live show recording that saw the Scottish Chamber Orchestra play Glasgow’s Barrowland Ballroom for the first time, to an award-winning Edinburgh Festival Fringe play.

The single is accompanied by a striking music video shot by Kris Kesiak and styled by Michelle Watson at The National Theatre of Scotland’s Rockvilla headquarters.

Listening to ‘Leaving’ for the first time was quite interesting. It felt like Horse had released all the build-up energy over her six-year inactivity. Truly an amazing song!

You can follow Horse McDonald on her journey through her Socials.