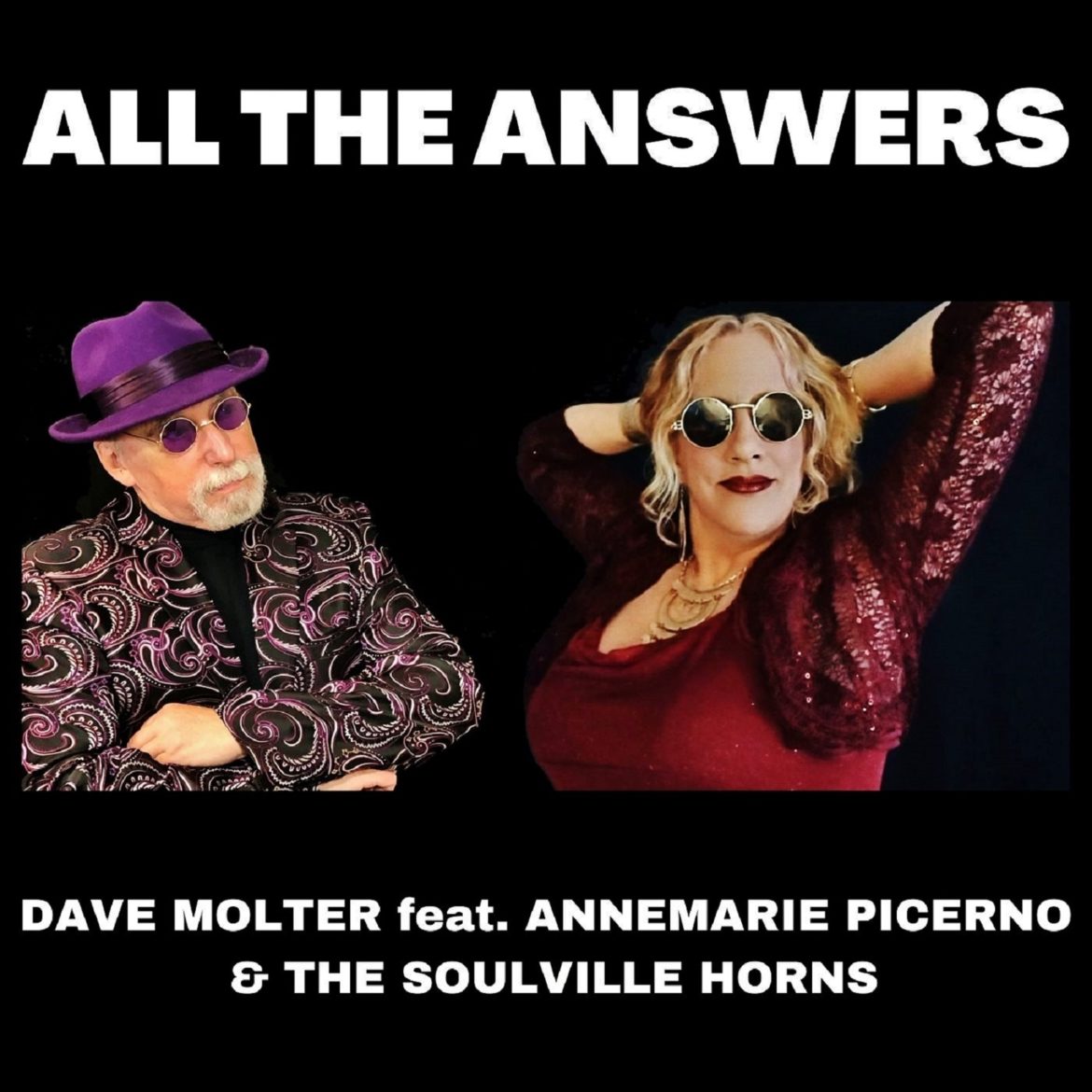 The track was officially released earlier this week on March 21st, 2022.

Written by Molter and recorded at Albey Road Studio in Pittsburgh with producer Al Snyder at the helm, ‘Answers’ tells the story of a wandering minstrel who strays a bit too far, only to be put in his place by his jilted lover.

‘This is a cautionary tale,’ says Molter, who admits that the tune is semi-autobiographical.

Strangely, the two stars have never met in person. For this reason, Annemarie had laid down her soulful, over-the-top vocal in Nashville.

The duo is said to have become virtual friends after Dave heard Annemarie’s singles on Spectrum Radio Petts Wood in the U.K.

You can enjoy All the Answers here:

“It’s one of my oldest songs. I wanted a powerful female presence to share vocals, and when I heard Annemarie’s duet ‘Money Pain’ (with Bob McGilpin), I knew she’d be the perfect foil for my somewhat dim-witted protagonist.”

Smooth guitar by Danny Gochnour (Houserockers) and tight lines from Pittsburgh’s premiere brass section, The Soulville Horns add just the right touches, and the drumming of Joey Waslousky and piano by Snyder make for a cohesive whole.

Since the release of his debut EP, “Foolish Heart,” in 2019, Dave Molter has scored 7 #1 hits on Radio Indie Alliance charts worldwide.

The title tracks to his two follow-up albums, “It Was You” (2020) and “Approaching End of Usable Life” (2022) debuted at #1 on stations in Los Angeles and London. “All the Answers” is the second single from “Approaching.”

Select singles also released on Bongo Boy Records and for consideration on the 1st ballot for the 61st, 62nd, 63rd and 64th Grammy Awards.

I’m amazed by the perfect synergy between Dave and Picerno in ‘All the Answers’. It came as a shock, knowing the fact that the two stars have never met face to face despite releasing such a great track. It’s exciting to think about the end result if the two had a physical influence on each other.

You can follow Dave Molter feat. Annemarie Picerno on their journey through their Socials.