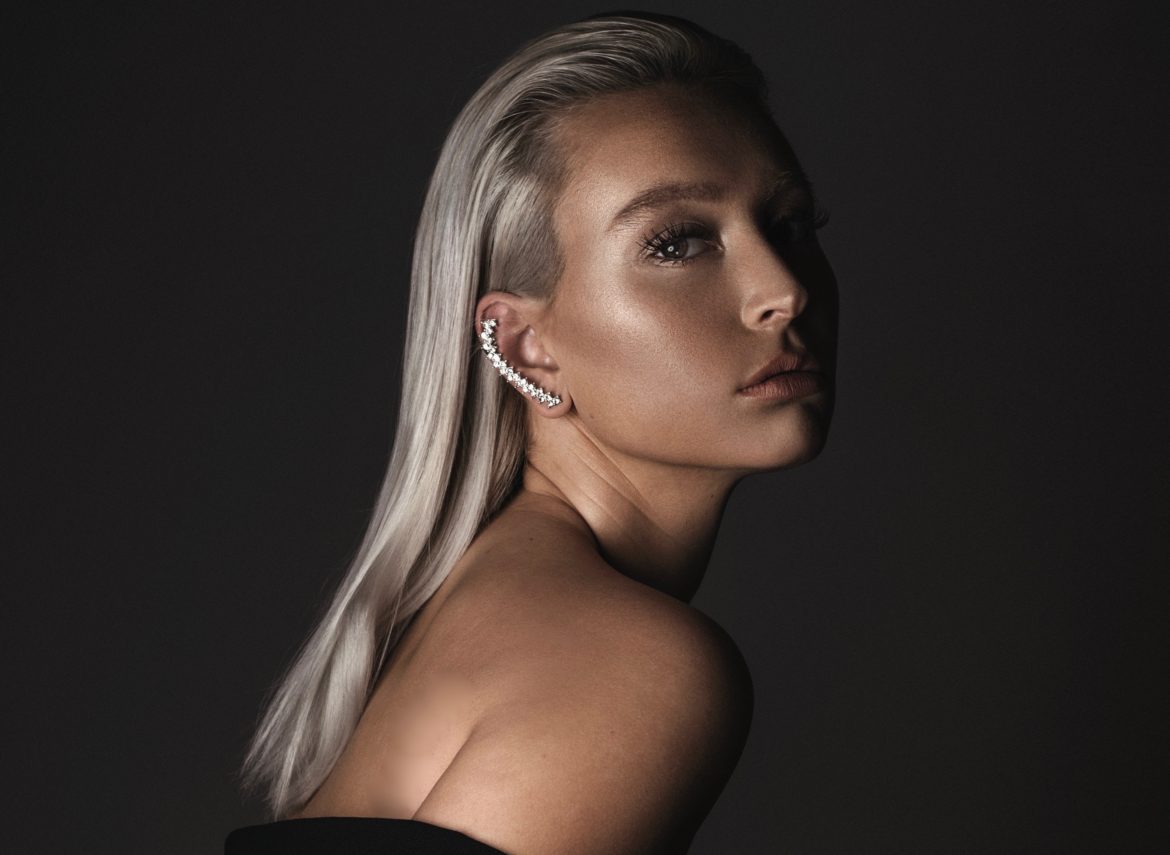 ‘Jade(d)’ is a mini-EP that highlights the dark and twisted complexities that exist in pop music while exploiting Alex’s coined genre ‘cinematronic‘, which combines elements of electronic and cinematic styles.

This can be heard throughout her work across Film, TV and commercials, such as music for American Horror Story’s Season 10 “Double Feature” trailer, the theme song “Déjà Vu” for Playstation’s video game series Deathloop (as heard in remixes by artists like Steve Aoki, Future and Madison Beer), custom music for Adidas’s International Women Campaign 2022 and film score work like her additional score for Stephanie Economou (Jupiter’s Legacy) on Gillian Jacobs’ Disney/Lucasfilm feature documentary, “More Than Robots” (premiering at SXSW 2022 and streaming on Disney+).

You can enjoy jade(d) here:

Called “a haunting artist to watch” by Rolling Stone, Alexandra Petkovski is an accomplished composer, producer, artist, and songwriter from Toronto, ON, Canada.

After obtaining her Master of Music in Composition and pursuing her post-graduate studies at NYU (emphasis on film scoring), Alex entered the world of music sync and solo artistry.

Alex’s solo music artist project, FJØRA, has become widely known throughout both the contemporary pop and Film/TV world, as her hybrid style of voice and orchestral composition serves as a unique way of scoring audio-visual mediums.

On the Recording Academy’s 2021 Grammys ballot, Alex’s use of musical emotive nuances through voice and instrument can also be heard in scores like her piece for Scotiabank Canada’s “#SaidBefore” campaign for International Women’s Day and the official trailer for Stacey Lee’s documentary, “Underplayed” airing on Crave.

Alex is a huge advocate for female presence throughout the music industry, as she strives to foster awareness for inclusivity and diversity in each project she undertakes.

As a Hollywood Music in Media multi-nominee, Clios Winner and Shortlist nominee, she was a participant in New York University’s Feature Film Scoring Workshop hosted by Mark Snow (The X Files, The New Mutants) and Michael Levine (Siren).

She holds pride in her iconic hit song, ‘What’s Up?’ that had its music video premiered on Amazon Music; a song she was asked to reimagine by Linda Perry for Blumhouse Productions horror movie series, “Welcome to the Blumhouse,” released and aired on Amazon Prime.

Alex is now working on an extremely exciting upcoming project, which will delve deeply into the exploration of orchestral, choral and cinematic components, working with musicians and ensembles across North America and Europe.

‘Jade(d)’ comes in with a chilling vibe depicting a sense of mystery; almost like it’s revealing a hidden world. Strangely, I find myself subconsciously drawn into the music by Alex’s delicate alluring vocals and the cinematic beats and melodies.

You can follow Alex on her journey through her Socials.