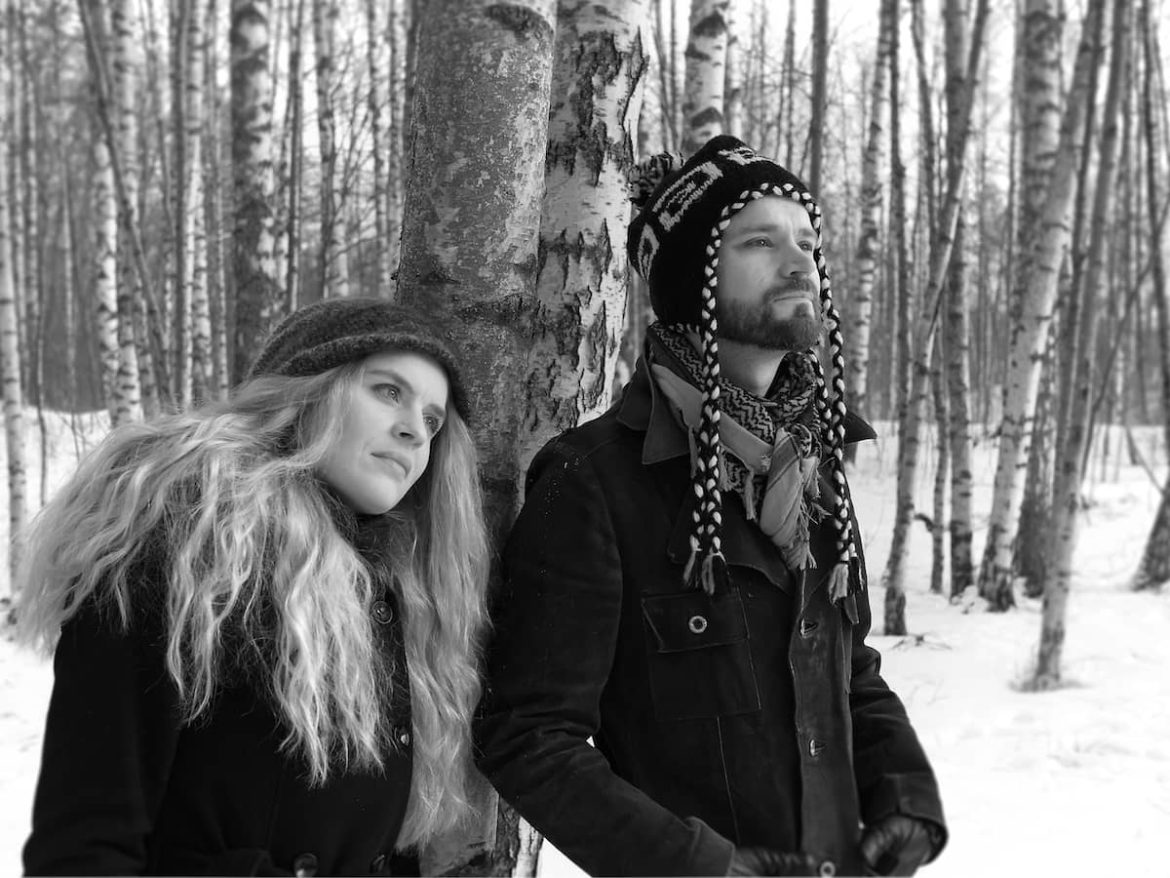 “We have been utterly swept up in the dawless and hardware approach to music-making lately, and that led to our discovery of this wonderful duo from Helsinki.

They crafted an incredibly raw yet melodic body of work with a signature sound that fits well within our label ethos and pushes the genre in cool new directions.”

‘Dance Forbidden EP’ is now in the Drum and Bass category, which might be surprising to the fans of Pihka’s previous material with a style that comes very naturally via improvisation.

The band wanted something more energetic than before, something at a faster tempo, but with the same ambient quality as their previous work.

The EP was literally written in the forest. For example, the vocal effects of the track ‘ZoneOut’ are live looped during the jams outside, and nature is clearly depicted in the sound.

The band is fronted by an animation character called Pihka, an imaginary friend who is not needed anymore.

She finds herself forgotten in a snow-covered forest, sets off on an adventure and sees all the busy humans with their problems, the most pressing of which is the Climate Crisis.

So far Pihka Is My Name have performed mostly stream gigs, for example on Camden Live in UK and CMJ, the US-based virtual festival. They started actual live gigs with a bang in October 2021 at Finland’s leading showcase festival Lost in Music. While playing live, in addition to readymade material, the band like to improvise a lot, letting the music flow from one song to another.

‘Pihka Is My Name’ self-released their debut album ‘Everything Is In Between’ to very positive reviews in March 2021.

It was followed up ‘Dance Forbidden EP’, released via Taiwan-based Mettāsonic label in January 2022.

‘Dance Forbidden EP’ is based on the band’s live improvisation videos on YouTube, which is where the label also found them.

‘Pihka Is My Name’ have a strong presence on YouTube. They make animated music videos, synth hardware jams and tech talk videos.

‘Dance Forbidden EP’ is based on one of their 2021 synth jam series, called ‘Summer Minimal’. The series saw the band taking a few pieces of portable synth hardware out to Finnish nature and just having fun playing. This is where the Mettāsonic label scouted the band.

There’s something about ‘Dance Forbidden EP’ that drives me into a trance. You might have noticed it too. It’s amazing how the EP gives an addictive vivid image of adventure. We can’t help but anticipate the band’s next release.

You can follow Pihka Is My Name on their journey through their Socials.