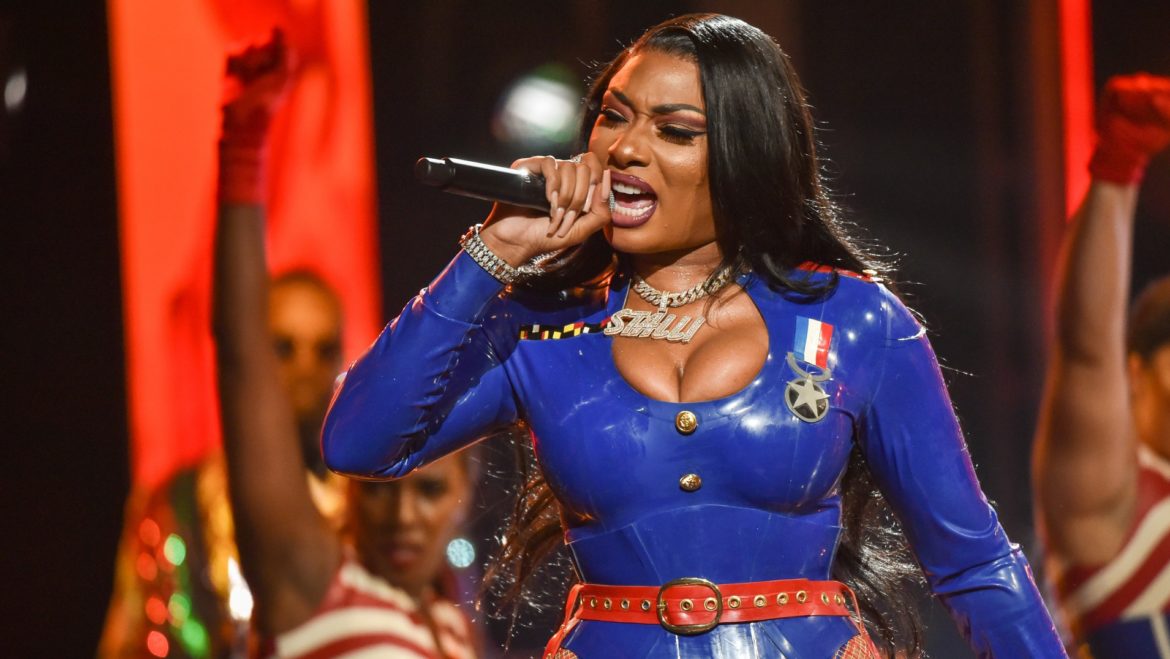 The Grammy winner, just cast in her feature film debut for A24, talks about wanting to write, direct and act while also praising Zendaya and the cast of the HBO series for keeping her on the edge of…

She’s snagged three Grammys (including one with Beyoncé on “Savage”) and scored a No. 1 hit with Cardi B on “WAP.” Now, Megan Thee Stallion has set her sights on Hollywood. A24 confirmed that the Houston native is set to make her feature film debut in the raunchy musical comedy F**king Identical Twins opposite Nathan Lane, Bowen Yang and Megan Mullally for director Larry Charles.

Though she declined to name a favorite recent film, she did reveal that she’s losing it over Euphoria. “They got me on the edge of my seat,” she said. “They got me wanting to cry, wanting to scream and everybody is giving the best performances right now on Euphoria. I know these are characters and the show is not real, but they got me yelling at the TV like, ‘Girl, get it together! What are you doing?!’” Specifically, she’s loving Zendaya’s work. “I know her and she’s so good, so sweet, and when I watched her for the first time on Euphoria, I was like, ‘Who is this? You don’t do this.’ But she’s the best actress, and perfectly cast.”

Megan could soon have her own series on the small screen, too. In December, Netflix confirmed that the chart-topping rapper had signed a first-look pact. At the time, she said, “I’ve always had a passion for telling creative and entertaining stories, so I’m thrilled about this partnership with Netflix. Venturing into production is the next step in my journey as an entrepreneur, and I can’t wait to bring all my ideas to life and for my Hotties to watch.”