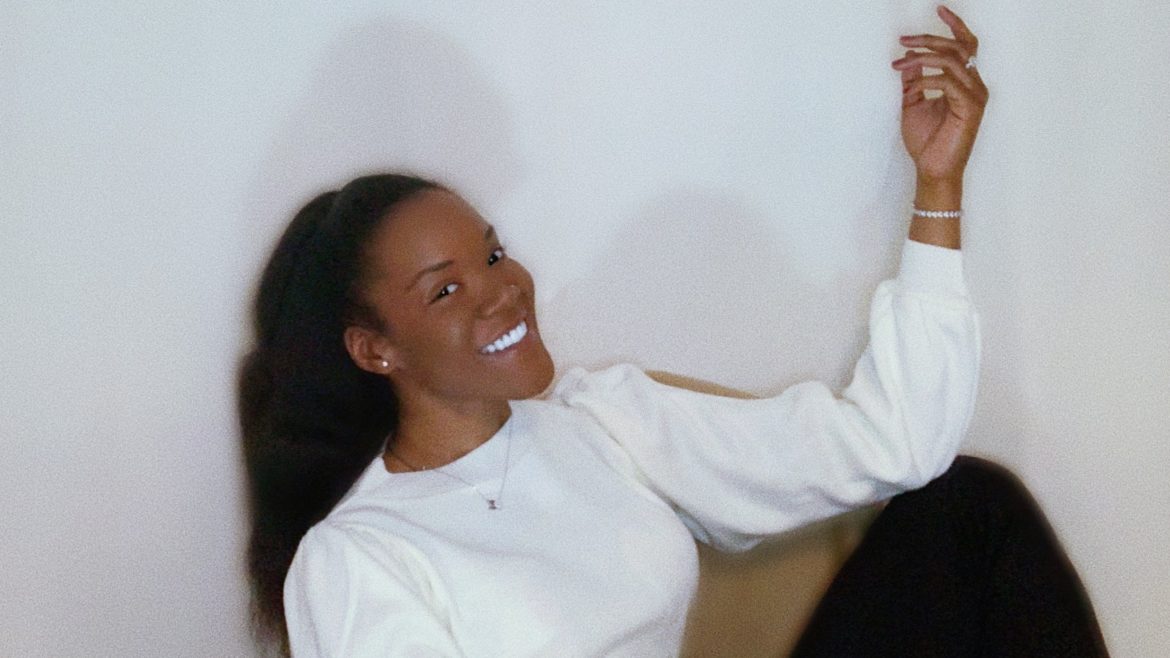 “Around the age of 6, I began to write poems not knowing that later on they’d be called lyrics.”

2022 started out great for Joy Xande with her most recent single release, ‘Just A Feeling‘ at the closure of 2021.

You might have not heard of this pop talent before but, listening to her music will definitely get you wanting to keep her close. Her unique tracks are quite fascinating and pleasing to the ear.

This month, we had the opportunity to interview Joy Xande; revealing some amazing details about her journey as a pop artist.

“I was raised in the church (Springfield, Illinois) watching my father sing bass vocals and later placed into lessons with The Royal Conservatory of Music in Canada after most of my family noticed how much I sang and played instruments.

Around the age of 6, I began to write poems not knowing that later on they’d be called lyrics.

I wrote my first song in 2003 as a little girl and used the lyrics in a song around 2016. I could play a few other instruments but at age 12, I particularly picked up my first guitar after being inspired by my classmates and my favourite international rockstars.

Around 9-16 years old, I took music seriously and found recording music to be my passion. I saved up everything I had at the time, bought my first Macbook Air by 16 and started recording through Garageband.

At 17-18 years old I was among 25% of students straight out of high school to be chosen for the Fanshawe College’s music industry program; A program where they rarely consider young applicants.

By the end of my college years, I graduated from Centennial College after I switched and today I run my own platform and own all of my recordings & business.”

You have such a unique sound and it has definitely developed over time. How were you able to find your sound and what has influenced it?

“Thank you, I appreciate that!

I found myself enjoying a lot of soul, country, r&b and soft rock music, as my first loves.

I grew up in the suburbs, right outside of the city, along the prairies [I’m a small town gal.] Here, I was influenced by a lot of harmonizers in the music industry because I love boisterous, buxom and full sounds.

I was able to find my sound by belting Tina Turner songs and classic 80s-90s heartbreak songs to dig into my emotional/soulful sound.”

Out of all the songs you have released to date, which is your favourite, and why?

“Out of all of them, my favourite formal release is ‘All Is Well’ because the groove to me feels like it represents the GTA as though it was a Toronto sound.

My informal favourite is ‘Blue Skies ’03’ because it was before its time.”

If you had a superpower what would it be, and why?

“We all have at least one already [Laughs] I won’t tell you mine though.

One that I would love to have is fruit/vegetable manipulation (rearranging DNA structure, and refreshing fruits and/or vegetables) so I would always have something to eat or atmospheric/environmental adaptation so I could survive anything.”

What is something you used to believe in that you don’t believe anymore?

“I used to believe that driving to another city meant that you were in a different country.

This was when I was a small child and it was because I was always travelling with my parents.”

“I love the freedom of expression I get to keep, that over the years, I become a music archive/historian and that I get to share my experiences and wisdom with others along the way.

The one thing I hate is the “Crabs in a Bucket” mentality, as though we can’t all be great and share our sound.”

“My father used to teach me this quote and I’ve always stuck by this wisdom because it helps me to rule out a lot of negative ideologies or people, it’s: ‘Labour for learning before you grow old. Learning is better than silver or gold. Silver and gold will vanish away but a good education will never decay!‘

Their influences allow me to dream about what I can do next with my gifts and talents.

Those that have passed: I would have loved to have had dinner with Prince, Michael Jackson, Jimi Hendrix, Princess Diana, Aretha Franklin or André Leon Talley.

Their influences mean the most to me especially at this age where I’m in my 20’s and most of my creativity is just beginning to form with technicolour. They’ve left behind some great memories.”

“My goals are to become more consistent with my recording, to improve my engineering habits and to work with producers who are just as dedicated to fine craftsmanship and sound. External to music, my goal is to become healthier with my overall lifestyle and continue to be flexible.”