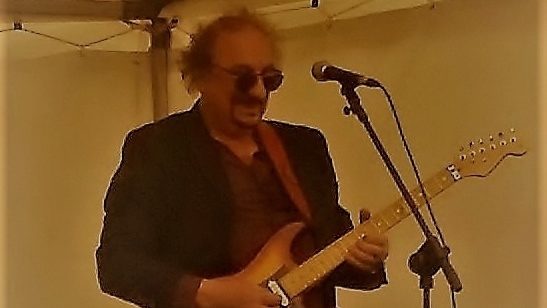 The release has a variety of genres – the theme song is about freedom and our current battle with this against government tyranny.

However most of the other songs are instrumental and I believe are commercially strong.

Andross’ Album ‘To Be Free Or Not To Be’ was officially released last year on March 8th 2021.

‘To Be Free Or Not To Be’ is one of a kind. Filled with memories of the past, the album incites the thirst for liberation with a unique blend of beats and melodies.

The album has a variety of genres with the theme song being about freedom and struggles against government tyranny.

You can enjoy To Be Free Or Not To Be here:

Andrew Michael Ioannou also known as ‘Andross’ was born in Melbourne Australia and raised in Reservoir by his mother Christina and his father Michael.

After being married he’s lived in Greensborough before moving to Eltham where he currently resides with his wife and 3 daughters.

Andrew is a qualified music teacher, musician and composer with over 30 years of experience. He has taught music as a classroom teacher and has instructed private music classes.

Andrew has performed in a multitude of original and cover bands over the years and is currently in a music duo called The Nightcats as a guitarist and vocalist. The band performs the most popular cover songs from the 60s to the 90s.

Andrew has also composed new age classical music for festivals, short movies and has written the theme music for our very own Kali Orexi web series.

Listening to Andrew’s music got me thinking. It’s always a good idea to stand up for yourself. Making that effort could change tomorrow for the better.

You can follow Andross on their journey through their Socials.