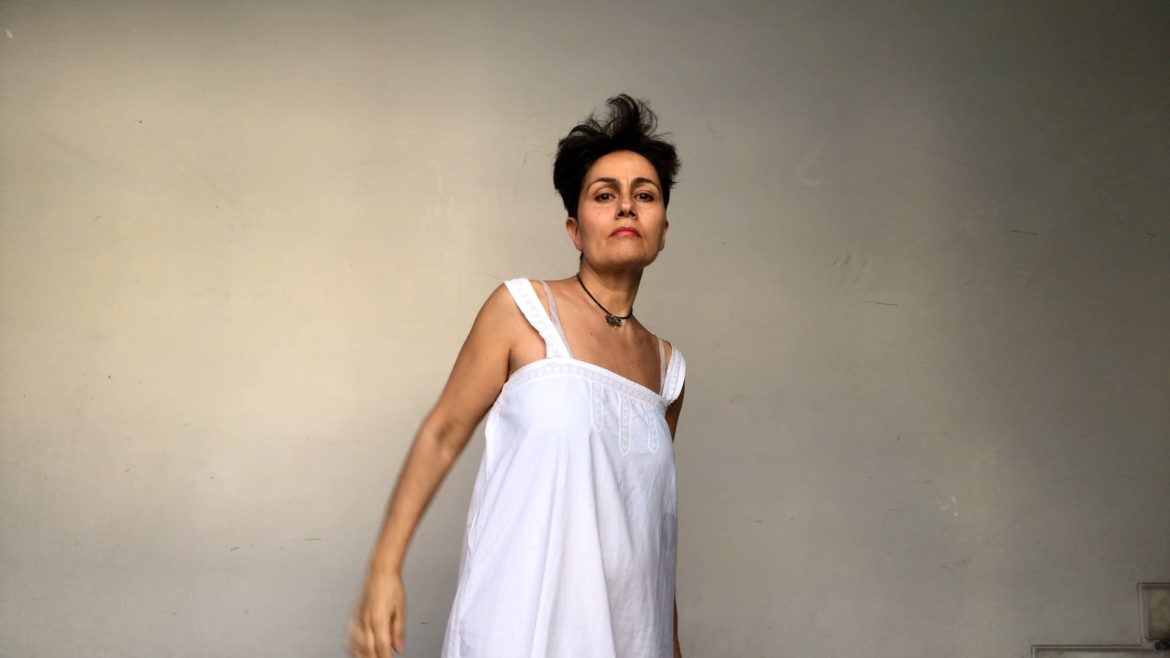 “I literally wrote my songs in the tube while rushing to a gig or to a barista shift: many journeys, many trains, no much time, always dropping down lines and music while sitting there.

Most of the time I felt like I wasn’t going anywhere and asked myself if I would ever be able to complete them and get to a point where I would release them as an EP.

But now I feel like these songs fought to live, somehow, and my job was to give them a voice; they say it all.”

Simona Cosimi’s EP ‘One Great Thing’ was released a week ago on January 11th 2022.

Simona’s vocal style is refreshingly distinctive and unique, enticing the listener into a world that is rich, dark and intense, but also conveys a gentle sensuality.

The EP comes with a relaxing subtle bang to it. Truly a great addition to your playlist as the year starts.

You can enjoy One great thing here:

Simona Cosimi is an Italian singer-songwriter living between Rome and London.

She writes her original songs and expresses the music she loves with a deep passionate attitude; reminiscent of the artists who influenced her early years.

The artists include the Italian soprano Mina who dominated the Italian Pop music scene in the ’60s and ’70s and the Jazz legends such as Carmen McRae and Billie Holiday.

It was during these years that she learned to sing Blues, performing regularly with Italian Blues musician Marco Fiume. She collaborated on various other projects with musicians from Bologna and Ferrara at the time.

Simona’s repertoire grew over time to include the well-known Jazz standards, along with Bossa tunes, which she learned to sing in English and Portuguese.

Simona sang with Bologna University Jazz Band led by pianist Teo Ciavarella, and with various established musicians and Quartets from the area, Quartet, The Blueberries Quartet being one with whom she wrote several original songs.

After performing at various festivals such as Alma Jazz in Bologna and Valtidone Festival in northern Italy, Simona returned to Rome, where she further developed her Jazz and original repertoire.

During this time, she was fortunate to meet and work with well-known musicians like Arturo Valiante and Alberto Parmegiani.

In 2010 Simona attended the Popular Music School of Testaccio (Scuola Popolare di Musica di Testaccio) in Rome, where developed her knowledge of harmony.

She also continued to develop her excellence in her craft through training in vocal technique and interpretation with teachers: Luisa Lodi, Laverne Jackson and Elisa Turlà.

During this time Simona Also attended and took part in Jazz workshops with organizations such as the Umbria Berkley College Jazz Clinics, Roma Jazz’s Cool and has also attended the Jazz Singing and Improvisation workshop at Goldsmiths College in London, after moving to London, Uk, in 2011.

In the same year, she recorded her first original work, ‘Don’t call Me My Love’ consisting of six songs and two Jazz covers.

While in London, Simona dedicated herself to performing Jazz repertoires.

She recently went back to working on original compositions releasing her new album ‘One Great Thing’ in January 2022.

Simona’s music is full of craft. It’s amazing how I sink deep into the lyrics and melodies. Addictive music is what everyone is looking for. This includes you

You can follow Simona Cosimi on their journey through their Socials.