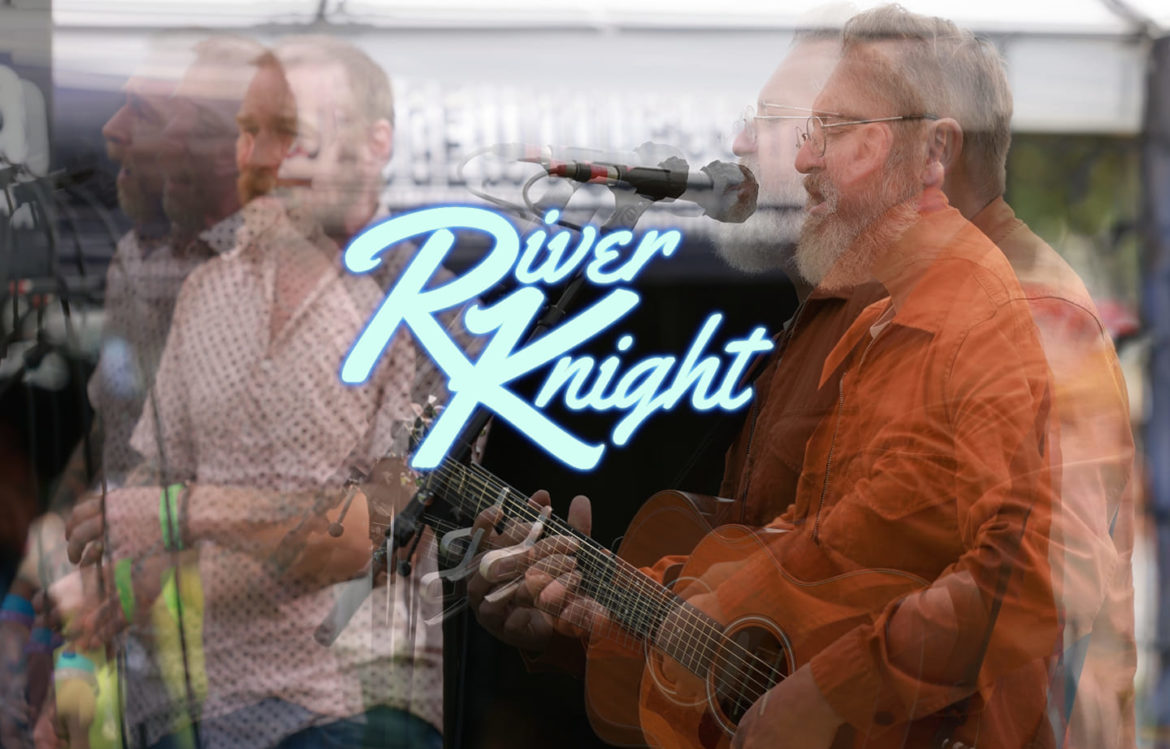 The message behind the music is to always look for a positive. No matter what life throws at you, keep moving forward, onward and upward.

The album ‘Grow’ is rather melancholic. There’s a longing for a connection. It’s understandable considering what Darren Knight went through before writing the songs. Reminiscence lingers in the vocals accompanied by subtle melodies. It’s what happens when we lose someone important to us. Listen to the music. You’ll understand.

You can enjoy Grow here:

It all began in 2017. Darren Knight was writing songs as a form of therapy after the tragic passing of his wife, Steph. Stone River was always by his side to support him. The two were jamming and writing frequently and liking what came out. This marked the birth ‘River Knight’ band.

Things were going well at the beginning of 2019. The team decided to make ‘River Knight’ official engaging in playing live shows. The plan was to release the first song they wrote, so the team got together with Greyum May (Keeper’s Brew) at Mutant Labs Studio in Southampton in late 2018 and recorded Heaven’s Door. As a tribute to Steph. All proceeds from the release are donated to charity.

Throughout 2018 and 2019, the momentum was growing. ‘River Knight’ was continually writing new songs and had regular gigs in London, Portsmouth and Southampton with a view to moving further afield. Unfortunately, the Covid-19 outbreak made things impossible.

Rather than sit back and wait, ‘River Knight’ recorded their debut album “Grow” remotely throughout lockdown. It took the entirety of 2020. “Grow” is an album that celebrates the power of positivity, full of character and meaning.

We’re influenced by what we experience. That’s the reality of life. It’s what shapes us into better versions of ourselves. I believe that’s what River Knight album ‘Grow’ is all about.

You can follow River Knight on their journey through their Socials.