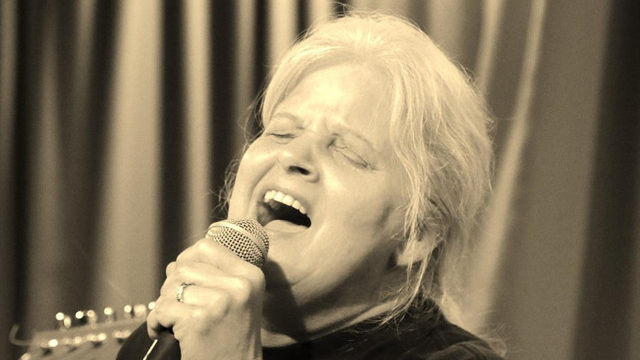 Nancy has been sight impaired/legally blind since birth and has also earned a Bachelor’s degree from UWEC in 2005.

Nancy Dawn officially released her new single ‘Am I Still Your Baby’ at the beginning of the new year (01.01.2022).

Every music fan is always looking forward to a new music release. Nancy hasn’t disappointed her fans. It’s been a week and a couple of days since ‘Am I Still Your Baby’ was released. Gentle and beautiful vocals accompanied with relaxing melodies, the song has a nostalgic feel to it. Makes you reminisce about the good things of the past.

You can enjoy Am I Still Your Baby here:

Nancy began performing in 2010 and has since won over a multitude of fans. She has been dubbed as a vocal gymnast because of her different types of styles, inflexions and ability to sing in a key range from alto to soprano. She can soothe, seduce, mesmerize, hypnotize, give you goosebumps, and move you with her lilting melodic stories.

In 2015 she joined Murphey’s Midnight Rounders, who toured to nearly a dozen states that summer at various venues & festivals. After completion of the tour, Nancy returned to her focus on a solo career.

In 2021, the original song “I Don’t Want To Wake Up” was mixed and produced by Big Chris Flores, known for his work with Guns N’ Roses guitarist, Slash, from the Rehab Studio, Los Angeles. Vocals were recorded at Drum Farm studio in Menomonie, WI. A music video premiered at the local International Film Festival.
November 19 of 2021 saw the 2nd collaborative release with Flores titled “One Wish”

Beautifully written! I can’t think of a better word to describe Nancy’s song ‘Am I Still Your Baby’. One thing I know; there’s no limit to things you can do. You’re only limited by your imagination.

You can follow Nancy Dawn Olson on their journey through their Socials.