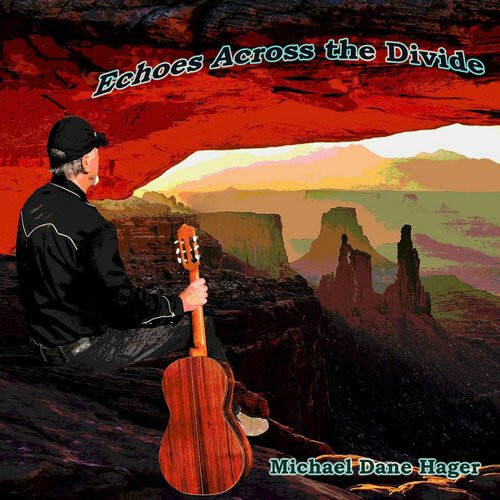 “I am primarily a songwriter with over 40 song credits recorded by a variety of artists in several genres including rock, R & B, Americana and Folk.”

Michael Hager’s album ‘Echoes Across the Divide’ released earlier in 2021 is intended to combat suicide cases across the globe.

Hager’s music encompasses the daily lives of people in greater detail. Subtle vocals accompanied with relaxing melodies and lyrics you can easily relate to. The emotion that makes us human is well expressed, giving a nostalgic feel. Makes you want to remember the good things you’ve ever wished for.

You can enjoy Echoes Across the Divide here:

Michael Hager was drawn to this project with the idea that the messages in his songs might help bring awareness to issues impacting lives. The artist works closely American Foundation for Suicide Prevention (AFSP) and is donating all of their proceeds to AFSP. Having been personally touched by this tragedy (suicide). Since the album release, he’s been working with local chapters of AFSP in Colorado, Texas and California. He’s committed to making a difference.

“Michael Hager shares with his listeners a message of hope and concern around important issues of our time and invites us to contemplate our daily lives from a compassionate perspective. Conveyed in simple yet eloquent rock/folk settings, this collection of songs presents an acoustic/electric sound that is the ideal background for Michael’s plaintive and soulful vocals. The result is a thoughtful and introspective effort that is sure to please.” San Francisco Chronicle.

“There are few albums that demand the full attention of its listeners as Echoes Across the Divide. Whether speaking to important issues of the today or drilling down deep into our emotions, these songs provide an opportunity to reflect on our place in the world.” Michael Sanders, Former Executive MTM Records.

The world isn’t short of heroes. Hager is doing his best to change the world with everything he’s got. Music can heal the soul and give hope to those in despair.

You can follow Michael Dane Hager on their journey through their socials.