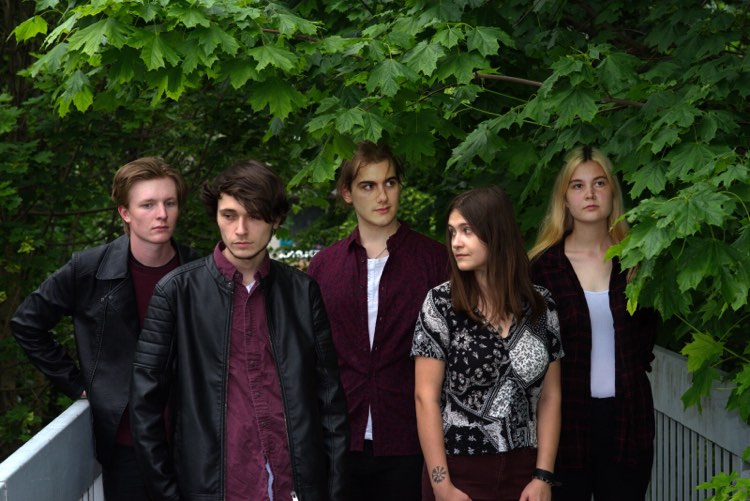 “Himlavalv” is a song written by guitarist, vocalist and pedal connoisseur Douglas Runebjörk with the help of hook-ninja Diana Opiela about how vast open spaces reminds us of how fragile and small humans are.

The narrative takes place in a car in a place in Sweden called Uppsalaslätten, a vast lowland of barren fields of lean soil and weathered spruces where the sky drags itself over the horizon as long as the eye can see.

With the use of textures and spacious effects, the instrumentation in the track is an attempt to imitate the landscape and its ancient ominous atmosphere.

You can enjoy Himlavalv here:

Menaura is a band that strives to create something higher than reality and give the audience an escape from all the struggles and anxieties of daily life.

The band specializes in the use of wide soundscapes, reverb and the occasional blast beat; taking the audience on a journey through a Scandinavian vast forest landscape and all the way to London´s piercing skyscrapers.

When heard through the massive amounts of reverb and heavy guitars, the lyrics speak about topics such as feeling out of place, fear of vast open spaces, corruption and self-sabotaging ambition.

Although the idea of the band was conceived in 2015, it was born in 2020 in the outskirts of Arlanda Airport, Sweden.

Douglas Runebjörk (main songwriter) formed the band together with Diana Opiela. The duo was later in to seek new band members at their university in Fulham, London.

With all their musical backgrounds, which ranges from classical to jazz and to metal, the sound is a unique blend of where each band member comes from.

The band has been performing actively and creating an audience since summer 2021; recording their first single, ‘Himlavalv’ on June 23rd 2021 in East London.

If you ask me, ‘Himlavalv’ is a subtle indie track with a refreshing nostalgic feel to it. The melodies and beats blend perfectly with the vocals giving a rock touch. It’s amazing how emotions are flawlessly expressed. It gives quite the room to let your imaginations run wild. Definitely looking forward to the band’s new releases.

You can follow Menaura on their journey through their Socials.