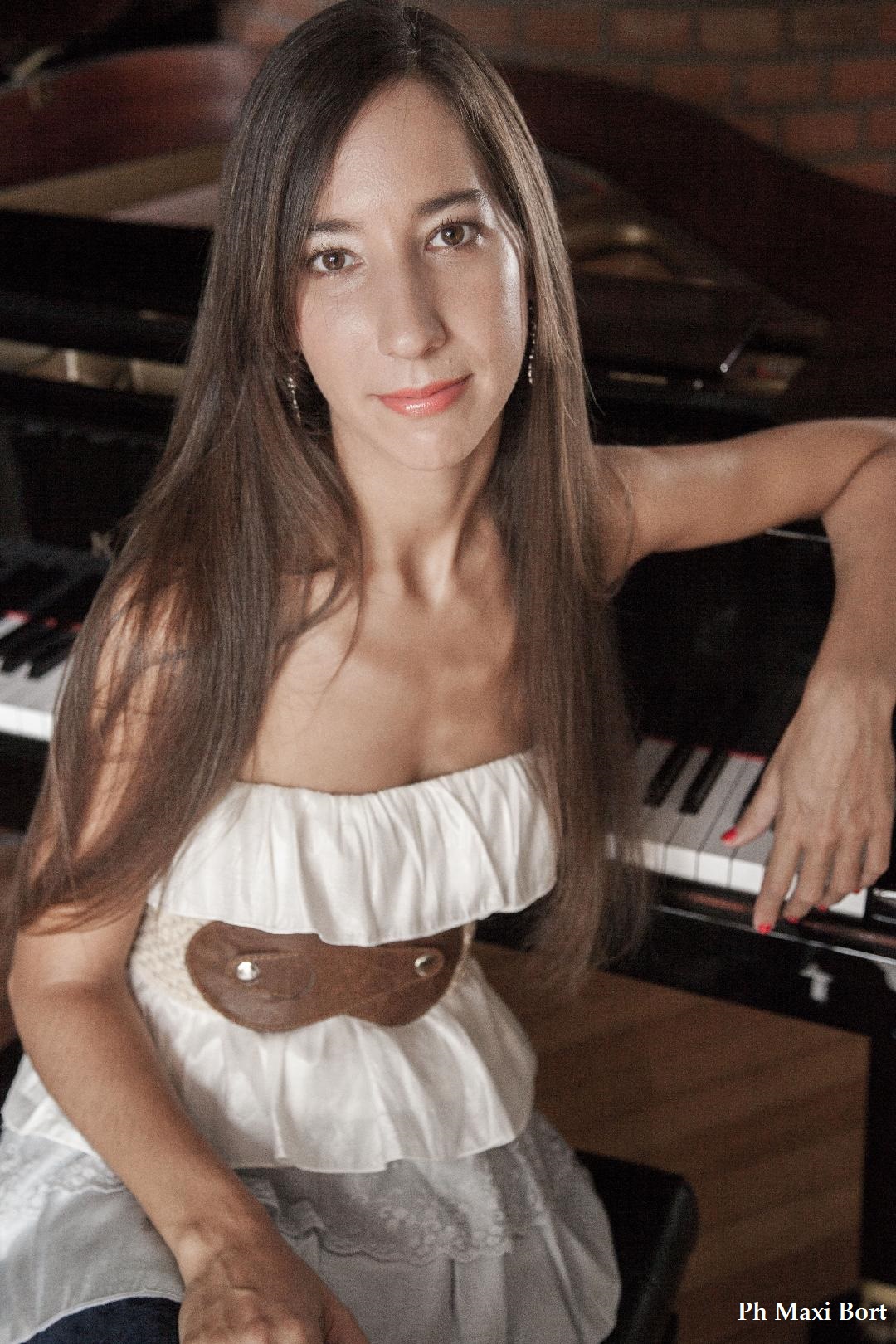 “I like to fusión rock and popular songs with classical music.”

‘Canción De Alicia En El País’ is a fantasy-like piece of classical music. There is some mystery to the song which gives the thirst of wanting to explore much deeper than what is on the surface. This piece is bound to remind you of your childhood bedtime stories.

Julieta Iglesias was born in 1985 in Buenos Aires. She started her piano studies in 1995 at the “Alberto Williams” Conservatoire.

In 2001 she received the ‘Lía Cimaglia Espinosa’ scholarship and the Santa Cecilia Medal. Since then, she has been performing in important halls: in Argentina, Spain, Germany, France, Holland, the U.K., Poland, Italy, Sweden, Belgium, Ireland and Hungary.

Julieta graduated from the ‘Instituto Universitario Nacional del Arte’ where she studied under the guidance of Professor Aldo Antognazzi. She also taught Piano for two years at the same institution.

In 2005, Julieta won a Mention at the Piano Competition of the Northlands Institute and performed with the Vicente Lopez Orchestra conducted by Maestro Oscar Castro in 2007.

Two years later, she was invited to participate in the ‘1st National Festival of Pianists’ in Mar del Plata, Argentina. In that opportunity, she performed at Colon Theatre and gave piano and chamber music masterclasses at the ‘Luis Gianneo Conservatoire’.

One year later, she attended courses with Maestro Alberto Portugheis in London and Colombes (France), where she also performed with the London Tango Orchestra in Fleet, and as a soloist pianist in London, Madrid and Barcelona.

In 2014 Julieta embarked on a tour around Europe, supported by the Argentine Government, releasing her first album with classical music and tango. After that, she was invited to participate in the ’15 th Festival Por los caminos del vino’ in Mendoza, Argentina.

In 2017 she got a Bachelor of Musical Education from ‘Conservatorio Superior de Musica de la Ciudad de Bs. As. Astor Piazzolla’.

Juliet’s first step into composition was as an arranger. This paved way for her 2018 album, ‘Astor’ which is a tribute to the well-known tango composer. She performed it in Argentina and Europe in 2018 and 2019, with a pending tour to U.S., Canada and Mexico.

Julieta later recorded two EP’s: ‘Piano in Quarantine’ and ‘My Homages’, and one album, ‘Londoner’ in 2020.

In 2021 she released ‘Simply Classical’ and her first classical fusion work, ‘Londres Suena a Serú’, which contains piano arrangements on songs by Argentine band of the ’80s.

Julieta has been living in London for several years and has focused her career on virtual and face-to-face performances, recordings, and collaborations with musicians from all over the world.

I’ve listened to a couple of classical pieces before. Every time, it makes me wonder what goes on in the minds of composers. It’s a mystery. The same goes to ‘Canción De Alicia En El País’. Can’t help myself but look forward to the next release.

You can follow Julieta Iglesias on their journey through their Socials.