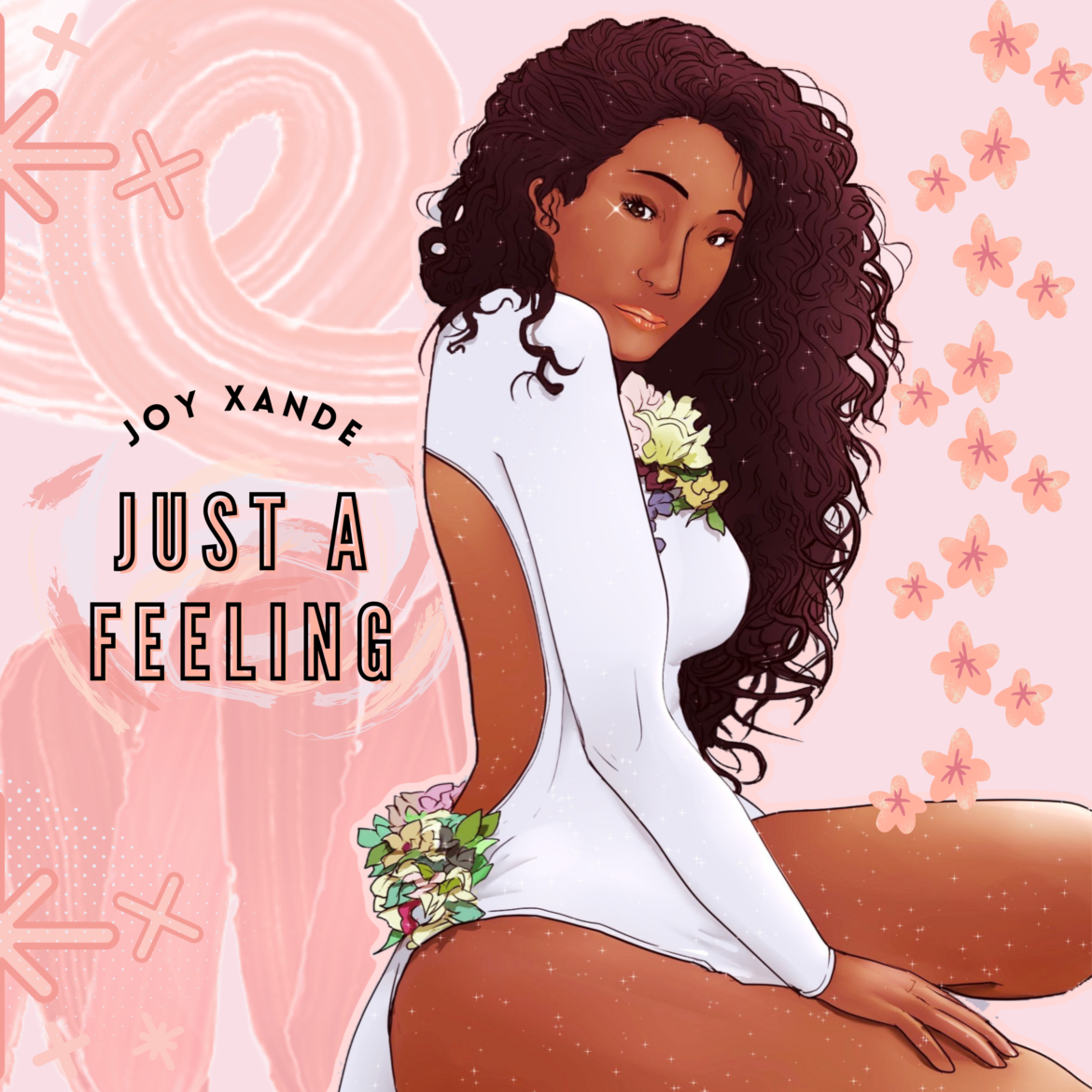 “It was a very “varsity” like sound because she could envision the jock of the major sports team and the popular cheerleader sipping hot cocoa in the ’60s over an enticing conversation about love or pop culture.

I am pleased to have a formal release of Just A Feeling, it’s been a long time coming.”

While accompanied by a seductive saxophone over desirable soul organs, nubile percussion, and a voluptuous bass line, Joy Xande & The Business strikes with smooth adaptability, as a collective.

You can enjoy Just A Feeling here:

‘Just A Feeling’ was written in 2016. That December was the time that Joy was processing a lot of new emotions and adjusting. She was 19 years old in the cold Canadian winter, peering through my window when she became reminiscent of how she interacts like a mystifying feline.

The single ‘Just A Feeling’ was written shortly after “Jump” (Produced by AODAN) and right after the interlude “With You” (Produced by Greg McGovern.)

In a unique way, each song unintentionally connects chronologically because the interlude was created accidentally after meeting producer McGovern in passing.

Initially, while recording, McGovern thought Joy was singing “It’s just the feeling in me” when the track was sent back to her with a different title, “Just A Feeling 48KHz”.

Joy found this funny because she was referencing the stripes of a tiger and no matter how far away a tiger goes, its stripes remain the same. She just couldn’t change her true nature wherever she went. She just had to be her own self because she wasn’t looking to fit in.

“I am pleased to have a formal release of Just A Feeling, it’s been a long time coming.” She says.

You can follow Joy Xande on their journey through their Socials.