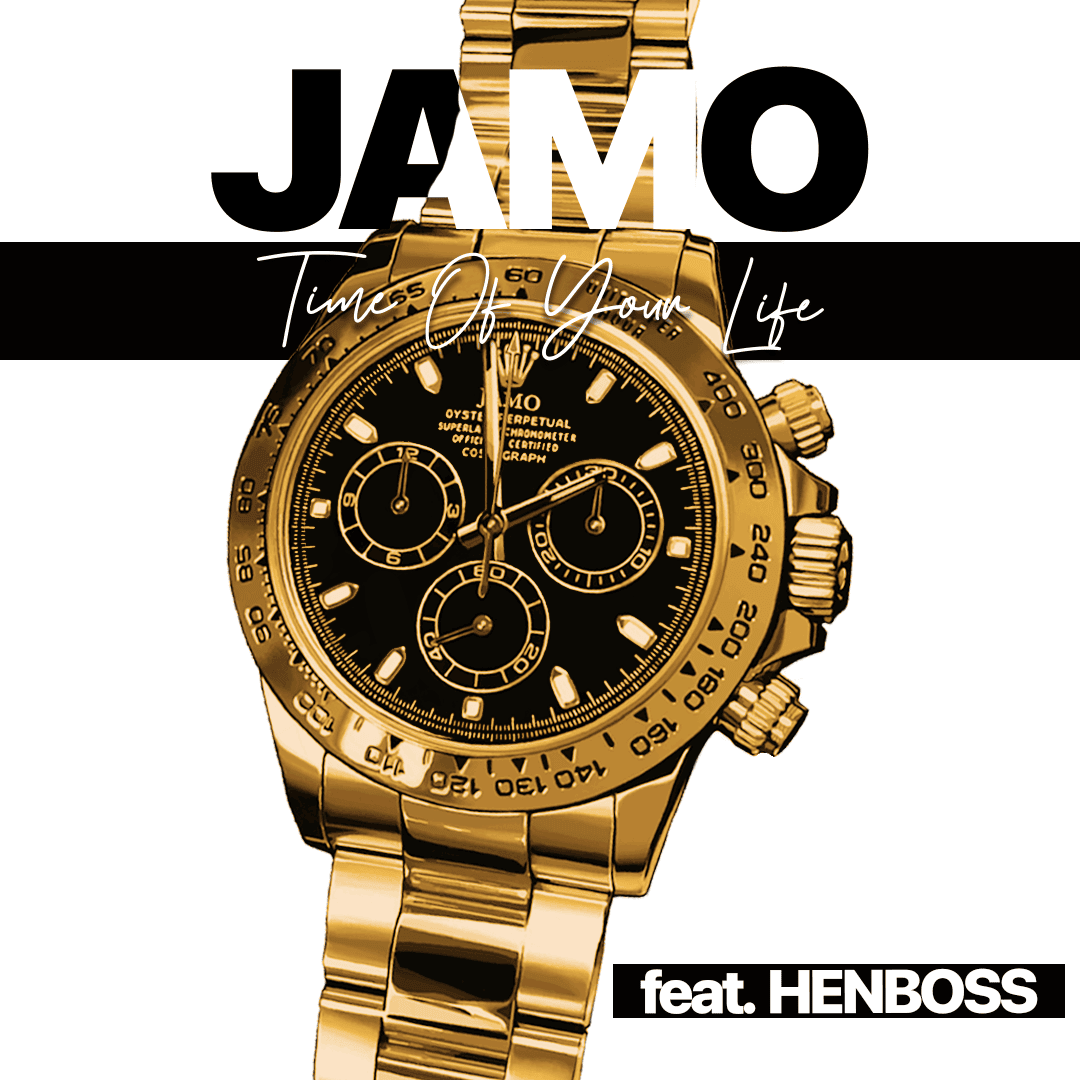 “I’m branching further into this genre. I love this type of music, R&B just hits different. Last year I released my debut EP, following on from this single may be my second EP but the project is currently in its early stages.”

If at all you’ve listened to Chris Brown’s music then you can tell a hint of resemblance in this song. The harmonious blend of vocals and melodies is impressive. Emotions are perfectly expressed with a calming feel; giving the impression of deep feelings put into writing this song. Makes you want to play the song on repeat.

You can enjoy Time Of Your Life (feat. Henboss) here:

JAMO is a UK artist who’s on the rise as an upcoming star. His latest release ‘Time Of Your Life’ alongside UK rapper Henboss is a fresh R&B track that’s both melodic and enticing.

‘Time Of Your Life’ is a fresh and melodic R&B track bringing JAMO’s audience a new and exciting vibe. JAMO had to get London rapper Henboss to collaborate on this track as their first joint project together. The song is about that exciting feeling when you first discover a connection with someone new. Taking inspiration from R&B icons Chris Brown and Tory Lanez, JAMO wanted to create a fast-paced track with lots of vocal movement and energy.JAMO is a one-man artist who is a producer and singer/songwriter. He received his stage name during secondary school when his name Jamie turned into the nickname “Jay-mo”. JAMO soon decided this is the name he wanted to bring into his career.

JAMO remembers music being involved in his earliest days. He wanted to play the guitar but his hands were too small to fit around the neck. As soon as he could, he began playing the guitar along with his favourite bands Green Day and Blink-182. JAMO then started his own band The 924’s, where he found his spark for performing and songwriting. As he grew older his music taste expanded and he started exploring a plethora of genres, such as Rap and R&B to Dance and Electronic. Taking inspiration from R&B icons like Chris Brown, Justin Bieber, Ne-Yo & Drake. After completing his music degree at university, JAMO decided to take music more seriously and started his career as JAMO.

In Summer 2020, JAMO entered the music scene releasing a selection of House and R&B tracks, both on his own and in collaboration with other artists: Colin Jay and LAWZ. At the start of 2021 JAMO released his own niche of music, releasing 2 ambient house tracks: ‘Leave It All Behind’ and ‘Sexaphone’. Both tracks featured slower tempo house grooves with a more chilled delivery. In ‘Leave It All Behind’ JAMO begs us to run away with him and move on to better things. ‘Sexaphone’ (A play on the word saxophone) gives us smooth sax runs and lyrical advice on setting ourselves free.
JAMO’s final project of 2021 ended with his debut EP ‘Late Nights’, released in July 2021. Late Nights was filled with so many different vibes, with tracks that were energetic and colourful alongside other tracks that were more sincere and emotional. The EP received great feedback, being featured on BBC radio and numerous blogs reviewing its depth. Such a vibrant release from JAMO had to be followed by something with even more energy and playfulness. ‘Time Of Your Life’ brings forward a new vibe from JAMO not heard before. It’s worth your time!

If you ask me, this is another awesome track perfectly executed. At least I’m satisfied. When it comes to R&B, nothing beat the flawless expression of a yearning as is in ‘Time Of Your Life. It’s just how it should be.

You can follow JAMO on their journey through their socials.