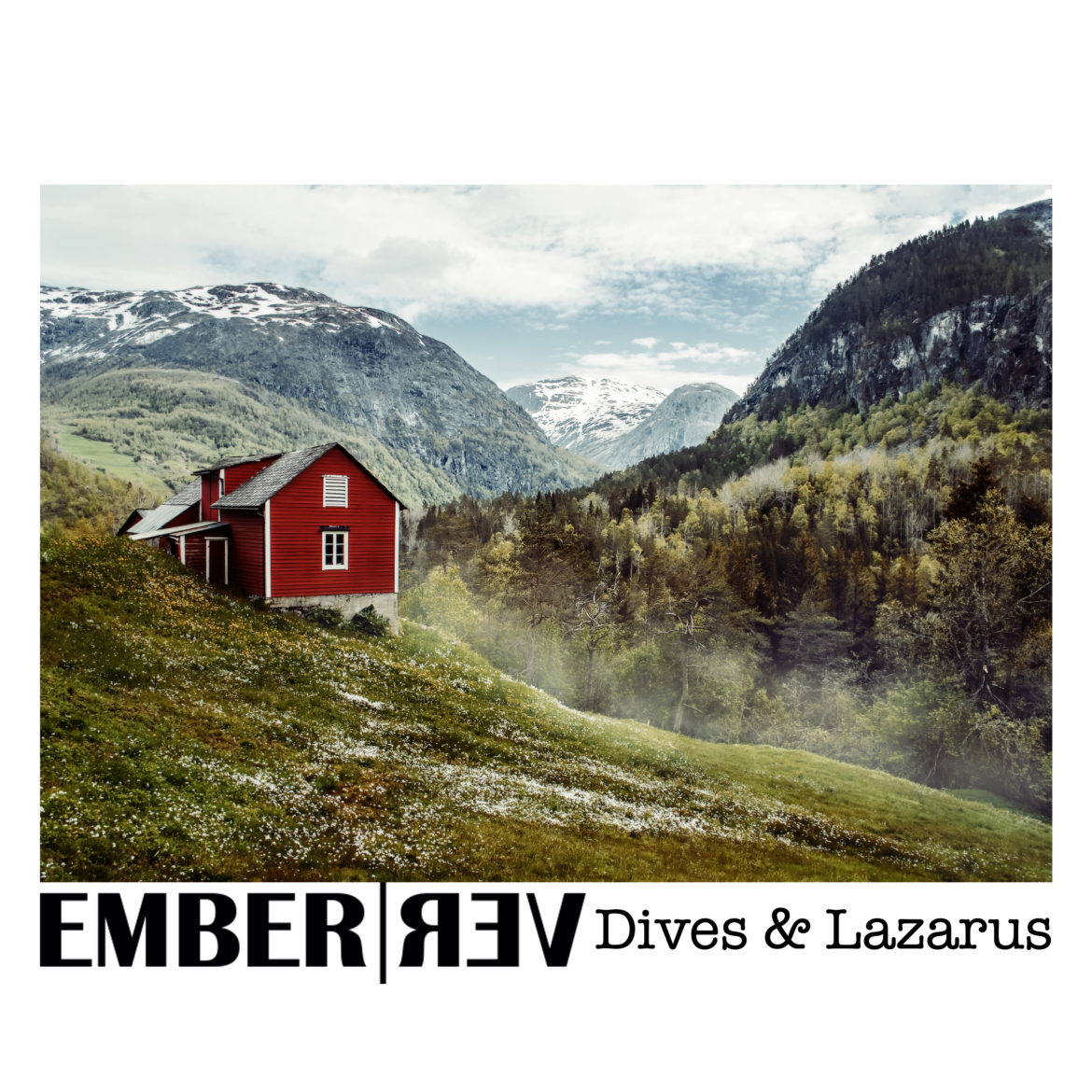 “The song seemed physically unplayable at early attempts … We didn’t set out to confuse our audience but succeeded in confusing the hell out of ourselves!”

‘Dives and Lazarus’ tells a story inspired by the single’s cover art, which happens to be the forthcoming album’s cover art as well.

The picture inspired the idea of an old tyrant living all alone in a house on a hill, convinced he could summon people around but actually living a hollow existence.

Ember Rev came together in 2016 to play the nervous and neurotic accordian-driven art-rock of Cambridge singer-songwriter Dan Ecclestone.

The band’s debut album, ‘It Was All Fields Around Here’ painted a sun-blushed Super-8 picture of ham-fisted childhood resistance against power-suited developers.

2019’s ‘From the Country to The City To The Sea’ was the first of Ember Rev’s albums to be released on German Shepherd Records. It was named ‘album of the year’ on Cambridge Radio.

Lockdown slowed things for Ember Rev. but, that didn’t stop them from working on a new album ‘Isolophilia’ due for release in Spring 2022.

We’ve certainly had a little taste of ‘Dives & Lazarus’. Not sure what the rest of the track is like but from what the tease’s got, the track is bound to be pretty good. We can only sit, relax and wait for the official release due in a few weeks.

You can follow Ember Rev on their journey through their Socials.