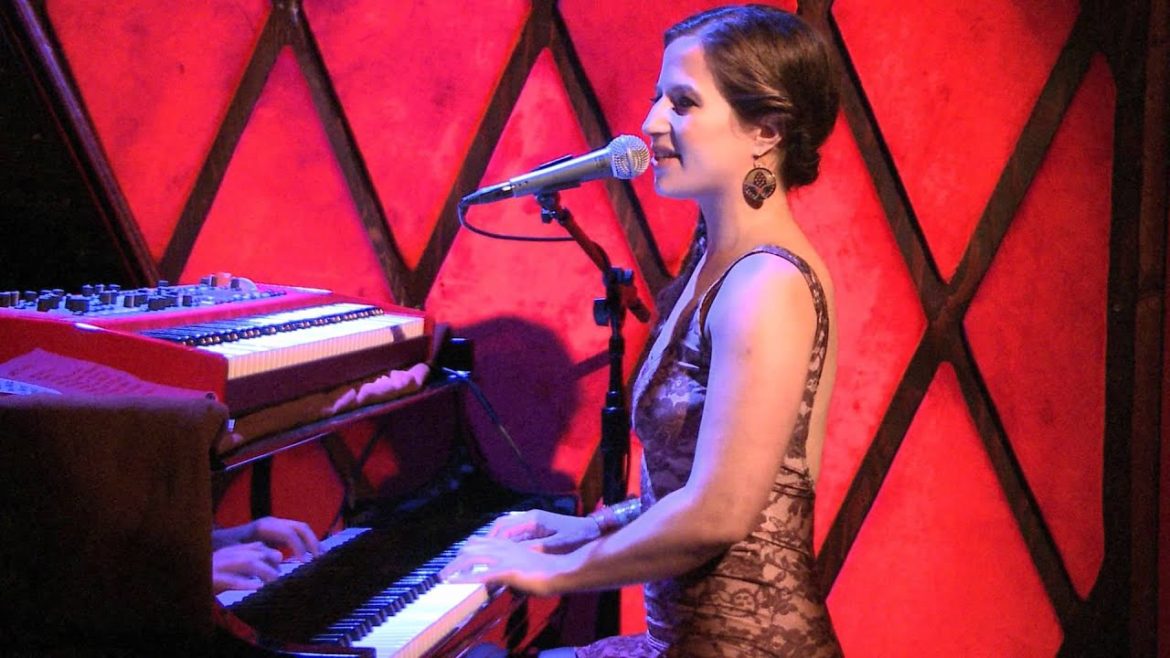 The label behind ‘Hamilton’ expands its roster of theater talent with the composer, performer and singer-songwriter

When it comes to making bets on musical theater, Atlantic Records has a knack for spotting winners. The label has a long history of investing in Broadway, but in recent years, it’s emerged as an undeniable force: releasing the original Broadway cast recordings of both Hamilton and Dear Evan Hansen (and signing the latter’s star, Ben Platt); racking up yet more cast albums for buzzy new shows such as Mean Girls, Jagged Little Pill and Max Martin co-write & Juliet; and scoring the juggernaut that is The Greatest Showman original soundtrack (with music by DEH composers Benj Pasek and Justin Paul).

Now, Atlantic is expanding its stable of theater-trained talent even further. The label tells Billboard exclusively it has signed composer-lyricist, songwriter and performer Shaina Taub to its roster. One of the most inventive voices in musical theater now, Taub could well take her place alongside names such as Miranda and Pasek & Paul in the modern musical theater canon — a fact not lost on Atlantic, which will release Taub’s Songs of the Great Hill (out April 1) and, eventually, the original cast recording of her forthcoming musical SUFFS, set to open at New York’s Public Theater April 6.

“When Shaina and I started spending time together, [I was like], ‘Wow — she’s on some next level creativity,’” says Atlantic executive vice president A&R Pete Ganbarg. “I think we’d love to be Shaina’s home for as long as it makes sense for her and for us — for solo albums, for musical theater works, for movie soundtracks, whatever she wants to do. When there’s someone who’s that creative, it’s like, just let them do their thing and help them get that music out to the world.”

Ganbarg first became aware of Taub through her friend Pasek and went to see her acclaimed musical adaptation of Twelfth Night — in which she also performed — for the Public’s Shakespeare in the Park. He was immediately on board. “All you have to do is see the show I saw in Central Park. She comes out as one of the main characters playing her accordion, singing, and knowing she wrote all the songs, it’s like, ‘OK, get out of the way!’ Her talent speaks like that.”

“The idea that they were interested in supporting all of my work holistically and understood me holistically as an artist who does a lot of things that feed each other was really exciting for me,” says Taub, who independently released two albums before joining Atlantic. “I definitely dreamed of [this kind of contract] in a fantasy way, but especially for my solo records, I just didn’t think that door would be open to me. I’m not writing songs in some mainstream pop way. I never thought my solo and musical theater work could coexist in one support system at one label. And Atlantic was so unique in that way.”

To call Taub — who sings, acts, plays piano and accordion and is published, like Miranda, by Warner Chappell — prolific would be an extreme understatement. In addition to Twelfth Night, she has also written a musical adaptation of As You Like It for Shakespeare in the Park; starred in the original off-Broadway cast of Hadestown; written an Emmy-nominated Tony Awards opening number with Josh Groban and Sara Bareilles, and contributed songs to Sesame Street.

And in the coming year, she won’t be slowing down. Songs of the Great Hill is the first of three major projects audiences will hear from Taub in the coming months. SUFFS — the epic new musical about the women’s voting rights movement for which she wrote the book, music and lyrics — is a centerpiece of the spring season at the Public. It stars not only a group of Broadway stars — including Hamilton’s Phillipa Soo, The Book of Mormon’s Nikki M. James and Come From Away’s Jenn Colella — but also Taub herself. “In a lot of ways, there’s parallels for me to when I first saw a reading of Hamilton,” says Ganbarg. “It’s a real, deep piece of work in a really strong way.”

Then, this summer, Taub’s highest-profile project to date opens: the much-awaited musical adaptation of The Devil Wears Prada, for which she collaborated with Elton John; she wrote the lyrics, he the music. “These songs Elton and I have written, some of them were written in 2018 — I’m not used to sitting on things so long,” says Taub with a laugh. (Delayed by the COVID-19 pandemic, the show was originally set to open last July, and will now start performances in Chicago July 19 before a future anticipated Broadway run.) No plans for a cast recording have been announced yet, but Ganbarg says Atlantic is talking to the show’s producers and that “we’d love to do it.”

But first, Songs of the Great Hill will introduce Taub to a wider audience. For the album, Ganbarg suggested that Taub — who previously handled all recording-related duties herself — work with Grammy-nominated producer Josh Kaufman (The National, Bonny Light Horseman, The Hold Steady). An admitted “rewriter, editor and honer” who usually comes to the studio with her songs planned out after plenty of live performance first, Taub says the collaboration was a refreshing, and instructive, change of pace.

“Josh really likes to try out ideas in the moment as you’re making the record, and that took me out of my comfort zone of trying to plan and structure everything,” she says. “It felt very fitting that I was recording piano and vocals simultaneously — there was more live, human energy in the moment. I usually like to separate them because it’s easier to edit, and I can get it more quote-unquote perfect. But now, listening back, those are some of my favorite tracks. A lot of these rules I’ve made up in my head of what I should and shouldn’t do, this helped me realize, oh, there’s lots of different ways to make an album.”

She’s about to experience another first: releasing a single, “The Least,” which Billboard is premiering (listen below). “I’m not used to doing a single!” Taub exclaims. “I was sort of looking for guidance from Pete like, ‘What should I lead with?’ My music is eclectic and depending on what song you hear first, you might think my music is one way or not. Pete encouraged me with ‘The Least’: It’s just a simple, wry love song with a twist and that feels like something I’ve always been into writing over the years.”

It’s a slice of the Shaina Taub sound — and a hint at what’s to come from a singular artist. “It may not unfold the way a traditional pop arc would unfold,” says Ganbarg of the next steps in Taub’s career. “But that’s what makes it interesting.”

Check out Taub’s single, “The Least”: