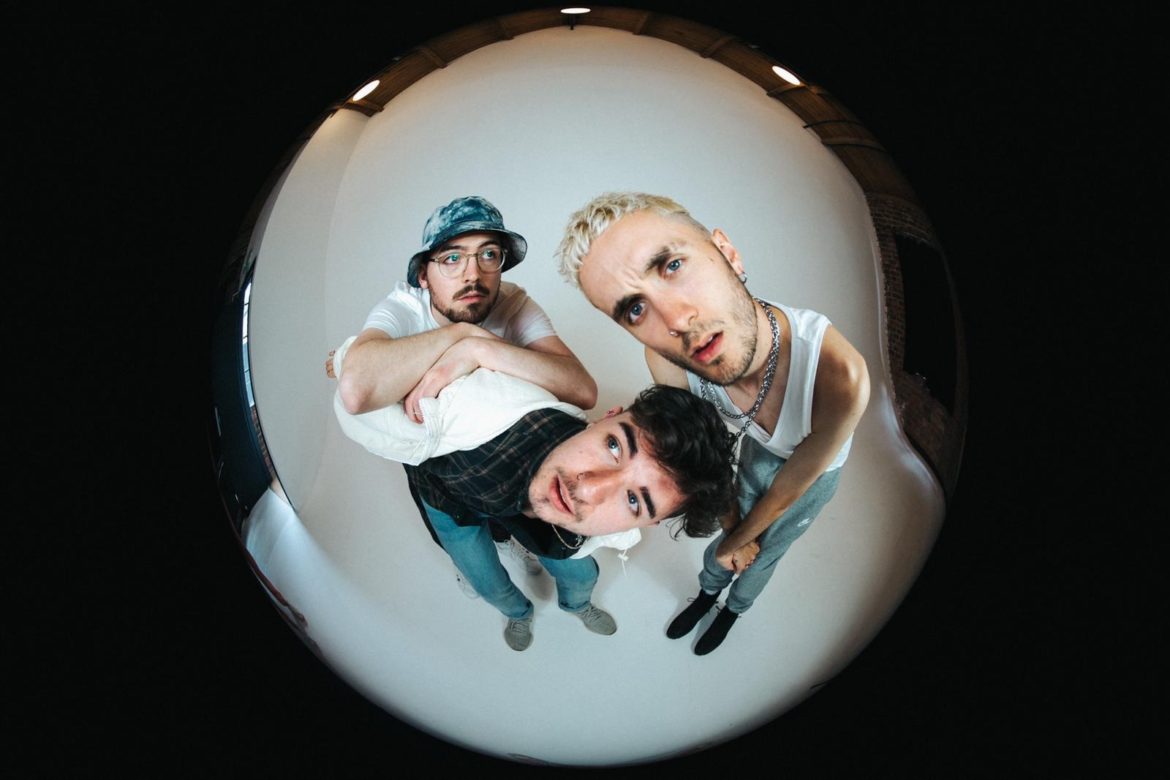 “We’re staying positive about the prospect of live music coming back, but for the time being, we’re focusing on releasing new music, reaching and engaging with new people and audiences, writing with some really talented artists, and just cherishing every moment of being in this band…”

The trio released their first debut single, ‘Comedy’ last year; unveiling their plan to release a 20 plus track mixtape album, within a time span of one year.

The team has been making big moves with huge surprises in every corner despite the Covid-19 situation.

Last year (2021) we had the opportunity to interview one of the SHADED band members, Matt East, obtaining a couple of the band’s little secrets.

“We’ve all been completely surrounded by music our whole lives and, for me personally, it has always felt like the only thing I’ve wanted to pursue and had a real deep passion for.

Callum and I actually met back in 2016 when we moved in together. He was 18, I was 20. So we were kind of at that age where it was decided that music was something we really wanted to take seriously.

We were both studying at the same ‘uni’ and had already talked about starting a band before moving in together.

When we moved in, it was pretty much full speed ahead from the get-go.

We met Dan later in 2017. He lived close to us and was friends with some people we knew from university; we got super lucky.

Everything just clicked, we all became super close friends pretty much straight away and I guess the rest is history haha!”

You have such a unique sound and it has definitely developed over time. How were you able to find your sound and what has influenced it?

“I grew up obsessing over R&B and it was all I wanted to play when I was younger, so that side of pop has always played a massive part in my music and the way I write.

Cal is also an incredible rock & blues guitarist so when we write, it often reflects our tastes combining quite heavily.”

How have you managed to stay on course as a band over 2020, did it impact how you practise together or write songs?

“We knew it was ‘gunna’ be tough, for sure, but we had a plan before the pandemic and we wanted to stick to it, even if we couldn’t play live shows.

We produce all our own music too so we are able to do the whole writing process remotely! It was weird at first but I think we’ve kind of got the hang of it now.”

Out of all the songs you have released to date, which is your favourite, and why?

“This is a ‘SUUUUUUPER’ tough question (laughs). For a long time, it was “Backpack”, then it was “Comedy”, now it’s “Still a Stranger” and maybe a new one that we haven’t released yet.

That’s the thing, we’re releasing more music than we’ve ever done before so we’re constantly putting our minds to, and hearing new stuff.

I think it’ll become clearer when we play live but, for the time being, I’m not sure if I’m speaking for the guys too with this. I think mine would be “Comedy” if I had to choose one!”

If you had a superpower what would it be, and why?

“OMG THE ABILITY TO FLY 100%… or to breathe underwater.

I don’t know, I think both would be equally as cool (laughs). But for someone who’s scared of heights, I love looking out the window of an aeroplane when you can see all the land and mountains below you, so I’m ‘gunna’ go with flying.”

What is something you used to believe in that you don’t believe anymore?

“I would’ve backed the tooth fairy until the day I die… if I didn’t wake up one night to my mum moving her hand around under my pillow desperately trying to find my tooth.

I think she knew it was a lost cause. She didn’t even try to blag an excuse; it was a tough day for 7-year-old Matt.”

“I love absolutely everything involved with the creation and performance of music, it would be impossible to throw a cap on one thing. And I don’t think it’s a case of hating anything, but getting sick on tour is something that really gets me down, especially if it hinders my performance or our show.

Luckily we’re not massive party animals (laughs). We’re quite sensible on the road so we try to look after ourselves as best as we can.”

“So there’s a quote from ‘Kung Fu Panda‘ that HIT in a different kind of way when I first heard it.

It’s ‘yesterday is history, tomorrow is a mystery, but today is a gift. That is why it is called the present‘.

I often found myself using so much time and energy worrying about the future and the things that were out of my control, and hearing that quote for the first time ‘kinda’ changed my perspective a little bit.”

“In music, it would have to be Kanye West (laughs).

The guy is just so intriguing, in good and bad ways. I’d love to pick his brain for a couple of hours.

Outside of music, I’d say Kevin Hart. I’m not sure how much food would be consumed at this dinner though, because I’d probably be belly laughing for 90% of it.”

“We’re staying positive about the prospect of live music coming back, but for the time being, we’re focusing on releasing new music, reaching and engaging with new people and audiences, writing with some really talented artists, and just cherishing every moment of being in this band.

If there’s one thing we’ve learnt from the pandemic, it’s that absolutely nothing is guaranteed, so we’ve found it really important to live in the moment and just enjoy what we’re doing. Which we are. Very much so.”