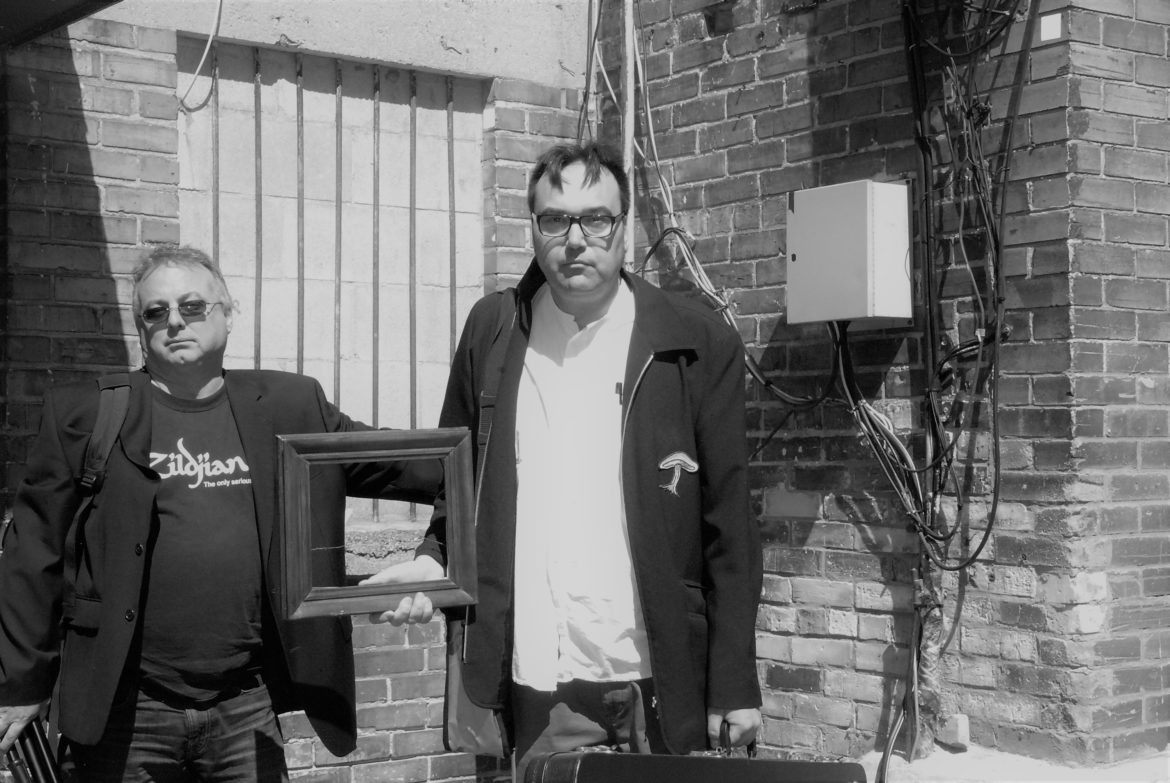 Quirky indie pop band Caliban Strange release their new music video for their latest single ‘Cesium Time’ The music video is raw and authentic as it shows the band in their element recording in the studio, whilst also showing accompanying shots of their local area. The authentic feel of the music video ties in really well with the overall mood of the track itself too, as the band yet again combine powerfully unapologetic lyricism with an indie rock sound similar to that of the bands of the 1980’s which Caliban Strange take their musical inspiration from. This band never fails to please as they continue to roll out hit after hit, all of which have a contemporary, yet unmistakable nostalgic feel to them. We know you will love this track as soon as you hear it because we definitely do! You can check out the new music video for ‘Cesium Time’ right here so what are you waiting for!

You can enjoy Cesium Time here:

Caliban Strange is an original Canadian band made up of MC Church and Roland Hofer AKA ‘The Doctor’. Together, they produce tasty musical morsels for the discriminating palette. Their music is indie-alternative with deep science and multi-dimensional themes. They never forget to laugh as they irreverently board their intergalactic time machine and travel back to the 80s.

Caliban Strange’s experiences are influenced by communicating with aliens on earth, who reveal themselves as virtuoso farm animals launching their works into the cosmos. Our music is inclusive, and we play well with others, so expect some collaborations with other like minds on our albums.

Caliban Strange’s experimental music has a thumpy-pop drive, winding memorable lyrics, and is inspired by past experiences in such bands as the Powdered Brains and Avenue Rain.

Diskography: Caliban Strange started in the ‘80s with the unpublished Powdered Brains Tapes – a wildly experimental improvisational concept group. The next milestone for the group was the concept album ‘the Solar Powered Rock’ which was featured as a product and a metaphor for the planet. Continuing both forward and backward in time, our next album was ‘Meet Caliban Strange’ with hit singles ‘Camels’ and ‘Psychedelic Suicide’.

Caliban Strange’s new single and album ‘Cesium Time’ is based on the universal standard of timekeeping, the vibrations of a Cesium atom. With this they are able to synchronize to the frequencies of the universe and the music of the spheres.

Caliban Strange’s stage shows feature an inverse time capsule where artifacts deposited by future generations are revealed to the performers on stage, like a backwards diary.
MC Church’s work for the film industry resulted in a technical Oscar and Emmy.

Caliban Strange is the evolution of 3 decades of Rock and Roll music, visual art, performance art and patentable inventions.

We hope that our unique blend of irreverence, humour, conceptual ideas, fearless musicianship, science and pseudo-science is a welcome addition to your playlists.

Caliban Strange also believes in helping their fellow musicians and have received Canadian federal funding from the Canada Council for the Arts to teach others the secrets of success in the changing digital media environment.

Caliban Strange invents their own instruments, starting with the Sound Cannon, the Infinity Bow, the Concert Hat, and the patent pending Solar Amplifier.

There is no doubt that Caliban Strange are an undeniable talent and we can cant wait to see what they have in store for us next.

You can follow Caliban Strange on their journey through their socials.