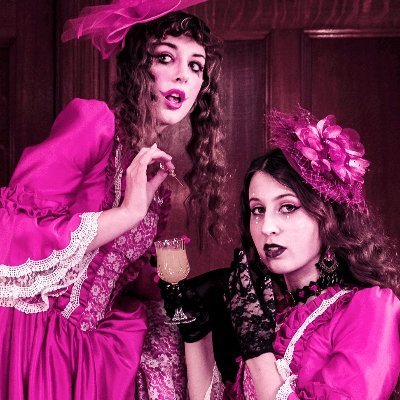 A new UK-based rock trio called Snaggletooth, have only recently made noise about their formation with the release of their Lead single “Boohoo Baby” and its music video, before shortly announcing a debut EP.

Despite being a very new band and only beginning to explore the musical landscape, Snaggletooth have already secured a fanbase with its line-up and name value. The band comprises of three members: Connie Glynn (the current co-lead singer, formerly a youtuber and author), Adele Cooper (model and another co-lead singer) and Sparkles*, who serves as the Instrumentalist and Producer (known for his work in band Area 11). The exposure to various different crowds from their previous works has undoubtedly garnered attention and will likely provide a strong support from fans to continue the musical project, including over 26000 views on the music video for “Boohoo Baby” within a week of its release and only around a month since the band’s announcement of it.

The EP titled “Snaggletooth” contains 5 tracks and clocks in at around 18 minutes, making it a decent length for a small collection of songs. It explores a haunting vibe and atmosphere, which perfectly matches some deeply personal lyrics, which tell a story on each, individual track of this project and reflect the team’s life experiences and past memories. Most of the songs are accompanied by heavy guitar riffs and a very Rock-based approach, allowing the listener to embrace the lyrics whilst dancing around to some fresh and unique Rock songs with female vocals. A good example of this would be the song “Under The Skin”. However, not all songs following this structure, as the EP closer “Teenage Love Song” takes on a different sound with a Ballad-style, instead of a Hard Rock banger, allowing some listeners who prefer a softer sound to still enjoy the project.

As the band is still very new to the scene and will continue to grow and establish itself in the London and UK Rock scenes; fans have already asked about potential tour dates post-lockdown. The band replied to such queries on their Instagram Story with a tease that they may (or may not) have already booked a venue.

You can listen to Snaggletooth here:

I am Jakub Szwarc. I am a Law Student, but always had a deep passion for music and writing. I am a musician and songwriter and am hoping to release some material soon enough! I focus mainly on Bass and Vocals, but can also play some ukulele. My favourite genres right now have to be Indie and Pop. My other hobbies include romanticising life, sports (particularly MMA and F1), writing poetry, and just chilling. You can see more of me on Instagram @kuba.x.koko or Twitter @JakubSzwarc123.