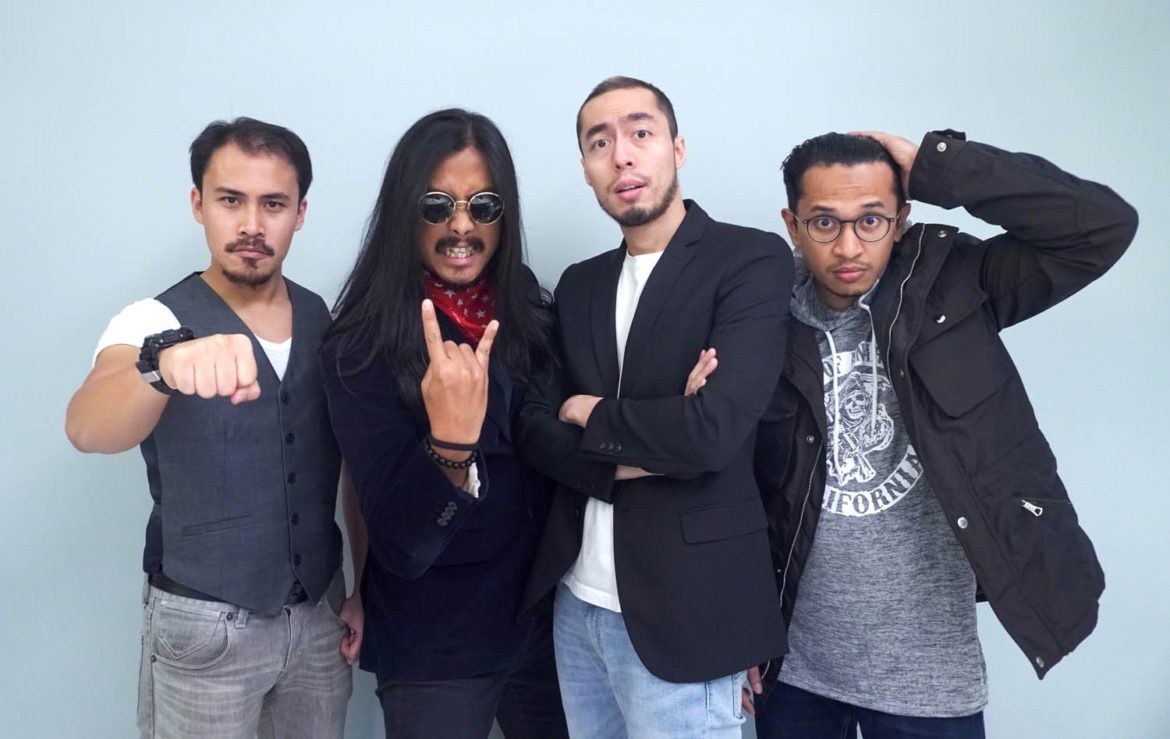 Malaysian rock band Shadow Puppet Theatre have released their latest single ‘Stargazer’. The contagiously mellow yet classic rock beat that radiates throughout the track makes for an amazing listening experience that is sure to have you dancing. The premise behind the song is also super relatable, as the idea of placing someone in your life on a pedestal, whether they deserve it or not is explored in depth and is something I’m sure we have all been guilty of doing at some point in our lives. The track is also very well produced and this can be best seen with the careful mix of isolated vocals, mixed with the steady rhythm of the guitar that flows throughout the song, helping to carry the beat along for the listener. We know you are just going to love this track as much as we do, so what are you waiting for start listening now!

You can enjoy Stargazer here:

Shadow Puppet Theatre, (or ‘SPT’ for short), is a 4-piece Malaysian rock band based in Kuala Lumpur. From a musical perspective, they amalgamate both narrative and what they call “the feels”: a quintessential element that adds a little sparkle of life into each, and every, musical note they play. The band got together in 2016, with some degree of changing personnel ever since. Fan favourite track ‘Stargazer’ – is available now across all download and streaming platforms.

In 2017, SPT wrote and recorded their first single ‘Insomnified’ followed by a further 4 songs which were then released in the band’s first EP ‘Nightvision’. In December 2018 they released their debut English album ‘John Doe’ together with 2 music videos for the tracks ‘John Doe’ and ’Mystery Girl’. In April 2019 they released their 3rd music video for their inaugural Malay single ‘Sendiri’ which was aired on national radio in June in the same year. The band also landed themselves in the Malaysia Book of Records for the Highest Altitude Live Music performance in July, playing a live set during an Air Asia Flight! They released their 4th music video for a mixed English and Malay language single ‘Setia’ in November 2020 which was also well received by local radio and which also landed itself across American media- including the California Music Channel, LATV and into the worldwide blogosphere!

Fundamentally, the ideology behind actual Shadow Puppet Theatre is symbolic of the ancient cultural heritage of shadow puppetry, which still exists today as a form of entertainment, and in certain cultures still prevail as a source of literature; stories laced with history and mythology, engraved within arts and crafts, woven to life by the hidden puppeteer. More often, than not, these stories are accompanied by a message, and some say the best of stories are those that ring true. So it is with this band: puppeteers conveying their unique stories through rock music. Or as the band succinctly put it: “a bunch of dudes with a common love for rock music,…SPT is the place where we bring our stories to life. songs in hand, at your command!”

‘Stargazer’ is based on a conversation between a friend and a fan from Sweden, albeit heavily romanticized, about an individual who places the idea of someone or something on a pedestal, that it blinds them to reality. As the lyrics illustrate …

This song marks yet another amazing chapter in this unique bands musical journey and we cant wait to see what comes next for this talented group.

You can follow Shadow Puppet Theatre on their journey through their socials.