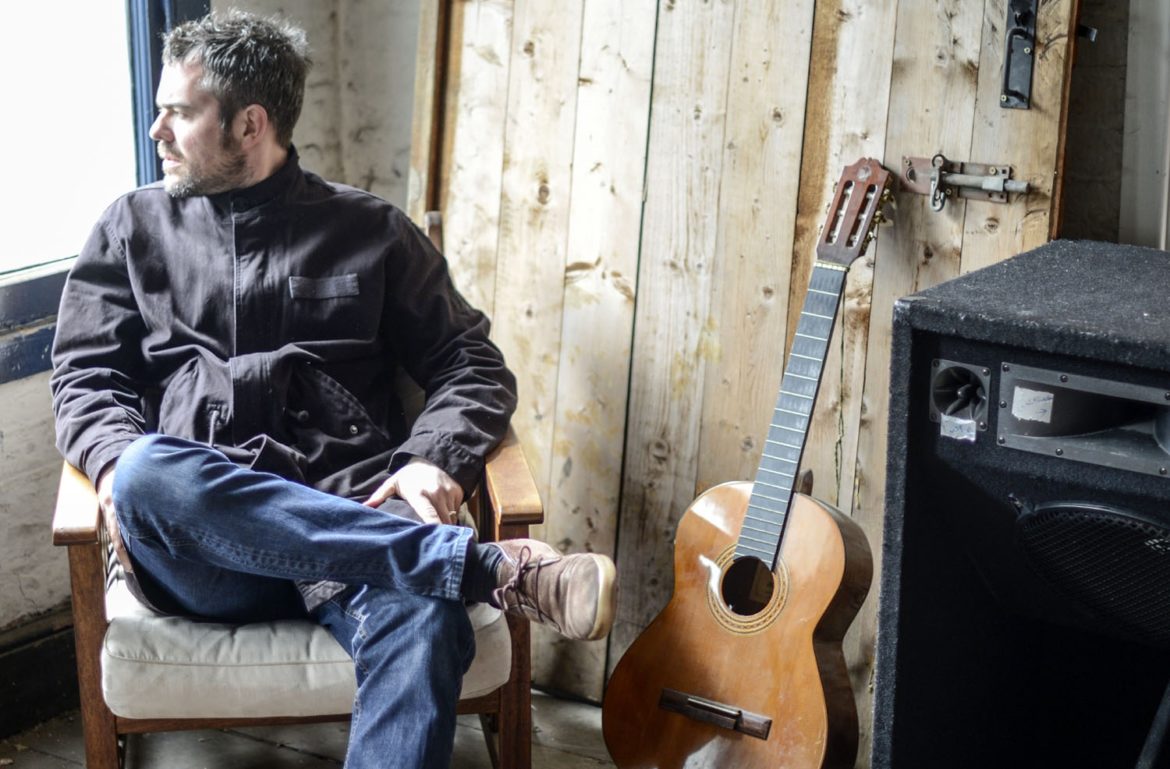 Folk singer and song writer Kirk McElhinney has released his latest single ‘Ticking Clock’. This contagiously joyful song has all of the classic folk rock elements any music lover will just adore. With a winning combination of guitar solos and steady drum beats, this song will be stuck in your head for weeks to come. The overall message behind the lyricism is also optimistic and sincere in nature, as we see Kirk urge us to look at the good in the world, instead of focusing on the bad, something which is more common in the music scene today. Instead Kirk spreads a message of unitedness and hope with this latest feel good track which is just great, especially at a time like this. We know you are just going to fall in love with this track as soon as you here it because we most certainly have!

You can enjoy Ticking Clock here:

Known for his soulful voice and insightful lyrics, Manchester based singer-songwriter Kirk McElhinney’s music combines a rich and vibrant mosaic of acoustic guitar picking that gives him a sound that is both unique and enticing. His concerts are always something of a one-off, mostly down to his free-spirited jamming style and raw energy that captivates audiences everywhere he performs. His highly anticipated second album ‘You Are Not Your Past’ will be released on 4th June 2021. The first single from the album is the track ‘Ticking Clock’ and is out now across all download and streaming platforms.

Kirk’s first inspiration as a child growing up was The Beatles and particularly Paul McCartney, closely followed by Pete Townsend of the Who, Led Zeppelin, The Doors, Hendrix, BB King, Frank Sinatra, Aretha Franklin, Queen, ACDC, Rolling Stones. This interest in the rock n roll and soul musical greats led to him joining a blues band in his late teens, which was what really got him started playing electric guitar. Other major influences included Stevie Wonder, John Martyn, Nick Drake and, surprisingly perhaps, flamenco jazz genius Paco Da Lucia. Then he had a musical epiphany: he was introduced to Scottish folk legend and guitar genius Bert Jansch. Inspired, it was then he ditched the electric and picked up the acoustic guitar – and has never really looked back. He says: “I spent hours, days, months, years learning his stuff and trying to master his craftsmanship, and still am.”

Since then, music has taken Kirk all over the world; to India, Australia and Europe and beyond; he has also supported his hero Bert Jansch at concerts across the UK. He was particularly honoured to be invited over to the Riff Festival in Jaipur where he got to play with some of the best musicians in the world. Through a collaboration with internationally renowned musician, producer and composer, Nitin Sawhney, in Australia, Kirk met up with a group of musicians and formed a band called The Safires, who released one album (‘Epic in the Ordinary’) which he is hugely proud of. In the following ten years he collaborated with one of Manchester’s finest musicians, John Ellis (Corinne Bailey Rae, Cinematic Orchestra). Not bad going for a child from the Kirkholt council estate in Rochdale who, aged 13, started playing a guitar his uncle gave him – which only had three strings!

His debut solo album, ‘World Gone Blind’ was released in 2014 and, unfortunately, he subsequently hit a period of bad health and had to stop playing for a while. This resulted in Kirk having to change his lifestyle completely, including giving up alcohol. The new lease of life he gained from this experience has been poured into his forthcoming album, ‘You Are Not Your Past’ which will be released on 4th June 2021.

First single from the album is ‘Ticking Clock’ which is a message of hope and solidarity. As Kirk explains: “The mainstream news constantly carries such a bleak message, a one-sided outlook that only seems to focus on the negative. The song is about the opposite of that, it’s about togetherness and uprising, with a message of we can do better. It’s about getting away from the ‘us and them’ mentality and moving to a non-judgemental and more understanding outlook.”

We love the message that Kirk is promoting throughout his music and we cant wait to see what else is in store for this amazing artist over the coming months.

You can follow Kirk McElhinney on their journey through their socials.