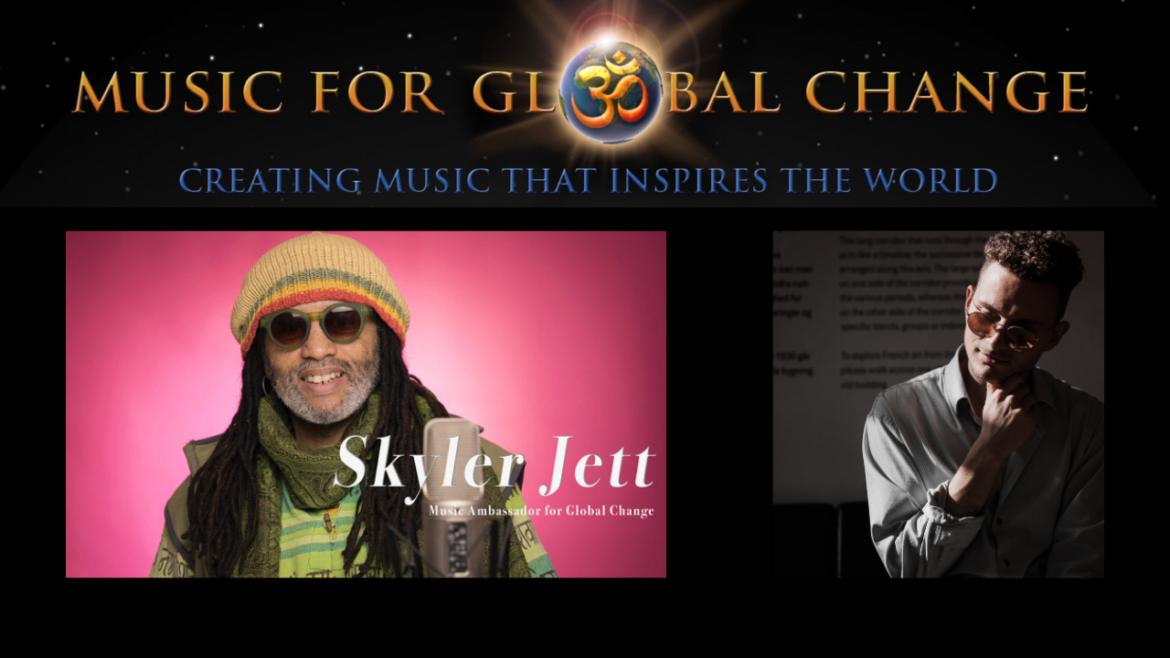 Talented funk and soul artists Skyler Jett and Zac Williams have teamed up for their latest release ‘Dance Like I’m Losing My Mind’. The feel good track expresses the simple, yet universal message, that dancing can make everything better if we just let go and enjoy the moment. This is a message that is incredibly important especially as we face the hurdles that the last year has brought us all. As well as the inspiring message of the lyrics, the sound of the track is also brilliant. The smooth yet groovy rhythm makes for a beat you can relax and dance too simultaneously. We absolutely love this song and can’t wait for you to hear it!

You can enjoy Dance Like I’m Losing My Mind here:

Skyler Jett is a singer who has worked with many top musicians, such as Stevie Wonder, Whitney Houston and Aretha Franklin. He also was briefly the lead singer in The Commodores, touring with them around the world.

Skyler Jett was born in Oakland, California, in the 1950’s. He comes from a musical family, with his grandmother, mother and aunt all gospel vocalists. Skyler’s aunt, Elsie Davis, was the first black woman to hire entertainment for San Francisco’s Presidio Army base where she booked famous musicians and bands like Bob Hope, Sammy Davis Jr, Bing Crosby, The Rat Pack and many others.

Skyler’s uncles, Arif Khatib and Capus Hope were also Promoters and Personal Managers for artist such as Ike and Tina Turner and jazz acts including Donald Byrd and The Blackbyrds, Woody Shaw, Bobby Hutcherson, Pharoah Sanders, Michael White and many others in the ’60s.

As a child, Skyler started singing in church and by age ten he fell in love with jazz and R&B. By age thirteen he was performing on stages all over the SF Bay Area and travelling up and down the northern states and Canada. Just out of high school, Skyler moved to New Jersey for three years gigging up and down the coast opening for superstars like Bruce Springsteen. Following those formative years on the road Skyler turned to rock music and fostered his talents as a song writer.

In 1980 Jett moved back to Hollywood and in 1982 and 1983 replaced Lionel Richie as the lead singer for The Commodores, touring the world and performing in over 32 countries in a two year span. He later moved back to the Bay Area and soon became one of the finest ‘first call’ session singers, recording over 2000 songs with a variety of producers. In 1998 he landed the gig of a lifetime singing background on one of the most well known theme songs of all time: “My Heart Will Go On” with Celine Dion for the film Titanic. Other notable movies Skyler has sung on include: Ghost Dad with Bill Cosby; A Smile Like Yours with Greg Kinnear; Tap with Gregory Hines and Sammy Davis Jr; License To Kill 007 with Gladys Knight and Big Bully with Rick Moranis and Tom Arnold.

Skyler Jett is also a highly accomplished background vocal arranger, songwriter and producer arranging background vocals on tracks such as Whitney Houston’s “I’m Every Woman” for the film The Body Guard. He is also a lyricist and his works can be found on albums by Al Jarreau, Eddie Murphy, Patti Austin, Tevin Campbell, The Commodores and Lenny Williams.

Skyler is committed to the environment and to bringing awareness of Green issues through his music and throughout the entertainment industry. In 2008, the moment Al Gore was presented the Nobel Peace Prize, Skyler was inspired to compose the song “Think Green,” which attempts to describe the state of our planet.[2]

Zac Williams established himself as an accomplished musician and performer during his late teens and early 20’s. Having worked as a sideman for Danish artists such as Julias Moon, Burhan G, Noah, Cisilia and Jørgen Klubien, Zac started to make a name for himself within the Danish music industry by being a great guitar- and bass player.

Inspired by Prince and Stevie Wonder, Zac is a multi-instrumentalist, producer, songwriter and singer. He grew up in Copenhagen, Denmark where he first started to sing in The Copenhagen Royal Chapel Choir before forming his first blues/rock trio at the age of 12.

Zacharias William Celinder was born on 9th December, 1993 along with his twin sister Miamiranda Emilie Celinder. Their father, Christian Celinder, is well-known for having build some of the world’s best bass guitars and through hearing his father play both the bass and the piano extraordinarily, the sound of soul music had taken over Zac’s attention at an early age. His mother, Maja Ditzel, has taught Zac about aesthetics in lyrics and language and this has influenced Zac a great deal in his writing.

Zac released his first EP from his bedroom in 2015 under the name of “ZacMan Music”. His first EP distributed by a label – Lifted House/disco:wax – was in 2018. The EP was called “I’m Ready” and was a collaborative project stairing some of Zac’s closest friends at the time. The song “Dynamite” has received over 80.000 streams since then.

His new and first full length-album “Inside Out” is an acoustic album which has been written and recorded by Zac entirely within a month. There’s a great deal of guitar work and heavy harmonies are presented within the songs which is due to Zac’s love for Brazilian music and artists such as Djavan and Ivan Lins. The album was distributed digitally on 9th December, 2020.

In 2016 and 2017 Zac starred as the main singer during a handful of Prince tributes in Copenhagen, Denmark. The main host and organizer, Jeannie Mortensen, had invited John Blackwell Jr. in 2016 and the NPG keyboardist, Morris Hayes, in 2017 to join the band. The concerts ended up successfully and Zac remembers vividly John Blackwell looking him in the eyes saying: “You could be the next Prince”.

Zac’s continuous curiosity towards different genres of music has allowed him to work on other projects such as being the producer behind the album “Trekant” by his Hip Hop trio “AxEmilion”. He’s also worked as a Danish rap artists with his duo “Kompakt”. For listening feel free to check out Zac’s playlist “Zac Williams Picks” where he has gathered all his music and projects.

This pairing is definitely a great musical match and we sure can’t get enough of it! We know this uplifting funky track is sure to be a hit this summer for us all to dance too again and again.

You can follow Skyler Jett & Zac Williams on their journey through their socials.