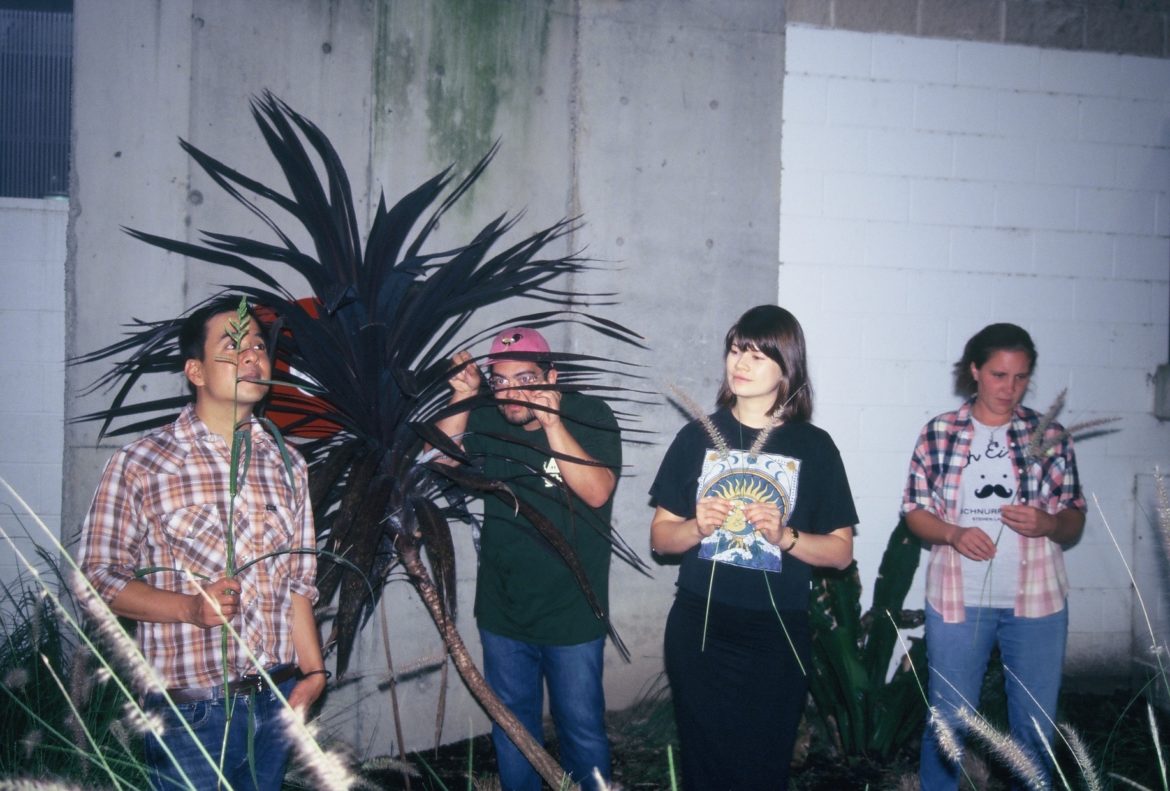 Indie pop band Grids and Dots have released their latest EP ‘What Happens to Friendships’. All seven tracks have a mellow synth sound to them, reminiscent of the alternative synth sound of the 1980s that we have all come to know and love. The guitar and drums also play a starring role on most of the songs, helping to add both a relaxing but also uplifting tempo to the EP overall. The lyricism is also fantastic across all of the songs, as we see Grids and Dots take on all things life, as they discuss friendship, youth and love all rolled into one. What makes this EP so great is the relatability as a listener you have to the powerful and universal subjects that the band delve head first into. We just know you are going to love this EP just as much as we do!

You can enjoy What Happens To Friendships? here:

Based in Sydney, Australia, Grids & Dots is the melodic noise project of visual designers Daniel Handaru and Carmen Minikus, with Pat Hisshion on drums and Saskia Clapton on bass. Trying to capture the sound of their busy inner-city lives with snippets of melody and romance, principal songwriter Daniel is trying to find visual smidgens of his life in a jumble of fruit-salad poetry and quirky observations about the everyday.

Influenced by both 80’s synch-pop sense of harmonies, detuned guitars and the noise drenched shoegaze bands of the later decade, this is for fans of Blonde Redhead, Stereolab, Pixies, Death Cab For Cutie to Yo La Tengo, Slowdive and Ride. Grids & Dots try to balance melody with reverb-saturated impressionistic sense of the cities they live in, by pushing the boundaries of indie pop with an experimental fringe.

What Happens To Friendships?, a collection of music that has been with the band from the beginning of their journey together, charts the development of a strong sonic identity; one that continues to flourish today. From it, the band releases the latest cut from the record in the dreamy “City Skies”. The song paints a confident and rich picture of songwriting and delivery.

Recorded at Surry Hills’ Hercules St Studios with ARIA Award winning producer/engineer Wayne Connolly (Paul Dempsey, You Am I), “City Skies” is the type of song that is so easy for the listener to immerse themselves in. Like with previous Grids & Dots material, this track is drenched in rich guitar tones and rhythms. Vocalists Daniel and Carmen complement each other beautifully, as they trade harmonies over strong arrangement. Probably the most upbeat and ‘rockier’ track from the EP, it still has moments of gentle melodicism in between angular guitar riffs and thumping beat.

“The song went through a couple different iterations before we settled on the fact that even though the lyrics are quite romantic and a tiny bit melancholic, the song itself should be a banger. That juxtaposition of heartsick lyrics with a jubilant, uptempo accompaniment.”

The EP opens with the catchy dream pop of “Dishes & Days”. A song about growing up and making plans to get away, it builds into a noisy twin guitar shoegazing crescendo before falling back into the familiar melodic chorus.

Next up, “The Great Divide”, is about the drifting apart of close friendships and how some people can suddenly seem so far away, even though the distance in terms of proximity hasn’t changed at all.

Newest single, “City Skies” is followed by the lush and tranquil title track, “What happens to friendships in winter?” This song draws on the Velvet Underground with haunting and pretty vocals and a sinuous lead guitar line, double bass and violin.

The beautiful “Suzy Says” segues in perfectly. “Written about a girl who lived in the Blue Mountains but travelled to the inner west to party every weekend; she would always tell us that the air and sky are more beautiful where she is, and that’s why she never wanted to live anywhere else.”

Heading towards the end of the EP, “Someone mentioned today..” is reminiscent of 90’s UK shoegaze bands such as Slowdive. The rhythm guitar is basked in A My Bloody Valentine-inspired reverse reverb, while the lead guitar is drenched with feedback and reverb creating a gorgeous noise-drone which helps guide the listener along the song’s esoteric journey to a chaotic end.

Rounding off this fantastic EP is previous single, the Summery chimes of “Hazey Jane”. A reimagining of a Nick Drake song from his album ‘Bryter Layter’, “we tried to turn a traditional, beautiful haunting folk song into an indie rock pop gem. We cheekily wanted to pretend as if we wrote the song ourselves, and wondered just how these beautiful lyrics would translate if written by an indie rock noise band.”

Not sure how much longer Australia can keep hold of Grids & Dots before they hit global stardom, but with this accomplished new EP, it certainly won’t be long!

We know this is just the beginning of the amazing material and performances this band has to offer us this year and we can’t wait to follow them on their journey.

You can follow Grids & Dots on their journey through their socials.