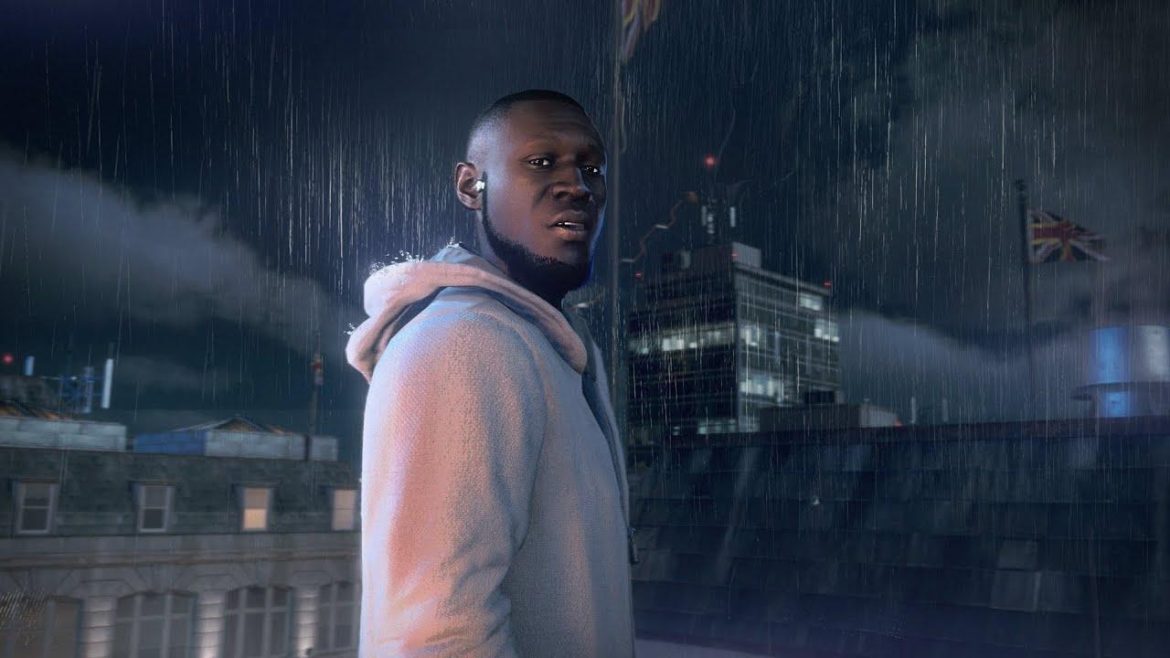 London Grime artist Stormzy’s new song Rainfall, which will be the headline soundtrack for Watch Dogs: Legion, premiered on YouTube on 22 October 2020.

Watch Dogs series is an action-adventure game developed by Ubisoft Toronto. This third instalment of the series, with these futuristic visuals of Rainfall, was scheduled to be released on 29 October 2020.

The full utilization of the Ubisoft’s graphics made the overall visuals look impeccable and hyper-realistic for any animated music video in the industry. In this hyper-realistic world, Stormzy performed the entire song with the backdrop of Tower Bridge and Piccadilly Circus.

The song sampled Mary Mary’s Shackles for the chorus, as the London star raps about letting rain fall on his enemies and telling unnamed individuals to “cut me out of the grime beef”.  A verse many consider a ‘dig’ at some his grime compatriots – the likes of Wiley and Chip, who have recently made a ‘diss’ song about him.

Stormy who have become prominent in the UK music scene with critical and commercial success on several songs including ‘Shut Up’, ‘Blinded by Your Grace’ and ‘Vossi Bop’, and also became the first grime headliner of the Glastonbury festival in 2019.

The London star has been featured on the soundtrack of some of this year’s most popular games such as 2K21, FIFA 21, and EA Sports UFC 4 – his latest being Watch Dogs: Legion.

Clint Hocking, creative director for Watch Dogs: Legion, said in the Ubisoft YouTube Forward Segment presentation: “When we asked Londoners who was an artist who would really reflect and underscore the themes of Rorschach’s Legion, speaking of the oppressed and holding those in power accountable, there was one name that came up over and over again (Stormzy)”.

Stormzy, speaking on Ubisoft collaboration and the upcoming game launch, said: “You lot are about to have your minds blown on what they (Ubisoft Toronto) have done in terms of recreating London. It’s the most insane, epic, incredible thing I have seen”.

Ubisoft North America and Stormzy’s YouTube subscribers alike seems excited about these visuals and the release of the game.