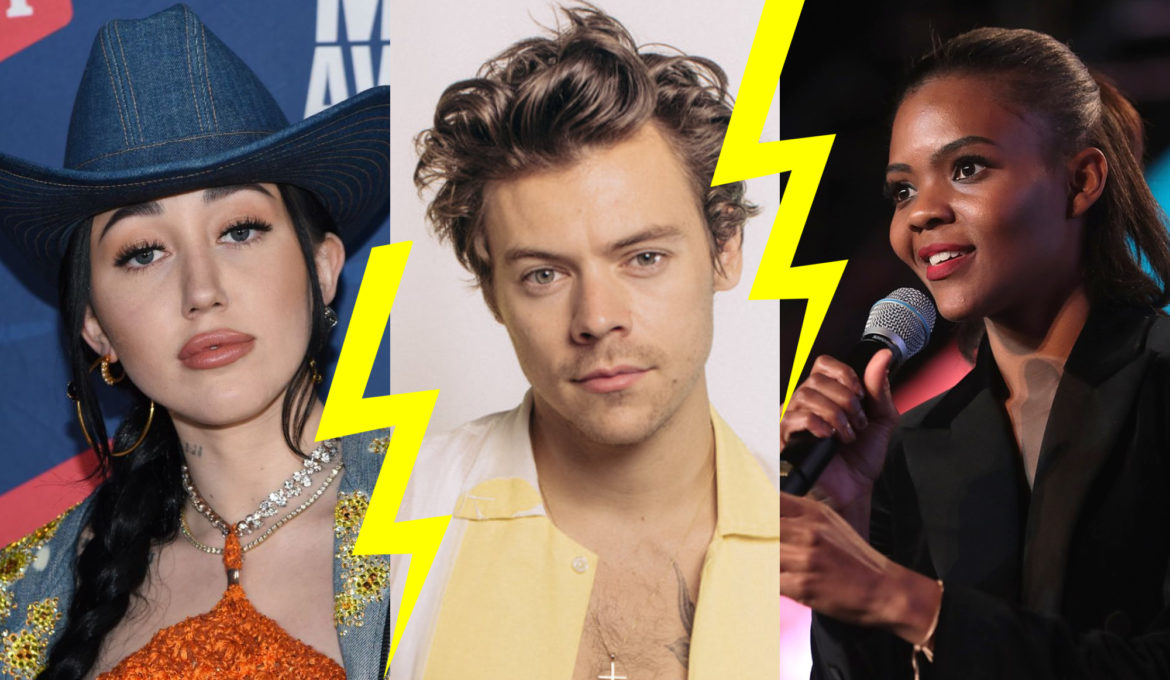 Candace Owens, a Conservative author was recently criticised for saying “bring back manly men” as a response to Harry Styles wearing a dress in his vogue cover.

The Nashville singer via her Instagram Story rushed to the defence of fellow musician Harry Styles saying: “he wears this dress better than any of u nappy ass heauxz”.

After receiving heavy amounts of backlash in regard to her response, the My Way singer apologised saying she was “mortified” at her ignorant use of the offensive term.

Writing her full apology from her Instagram Story, she said: “I am mortified that I used a term without knowing the context and history, but I know now, and I am horrified and truly sorry. I will never use it again. Thank you for educating me. I in no way meant to offend anyone. I am so so sorry.”

Candace Owens immediately addressed the remark on Twitter, adding: “Any one of [the] woke liberals care to explain to me how @noahcyrus calling me a “nappy a** hoe” is not racist? I’m all ears.

“You guys love cancel culture. @MileyCyrus come get your sister!”

While artists apologising for their ignorance towards racism and promising to do better is a step in the right direction. It does feel like as a society; we are taking one step forward and two steps backwards with those in the limelight claiming ignorance for their use of racist remarks and passing it off as slang.

While Candace Owens was wrong to imply that Harry Styles wearing a dress makes him less of a man, two wrongs don’t make a right and Owen’s skin colour and her race should not be used as a tool to put her back in her place.