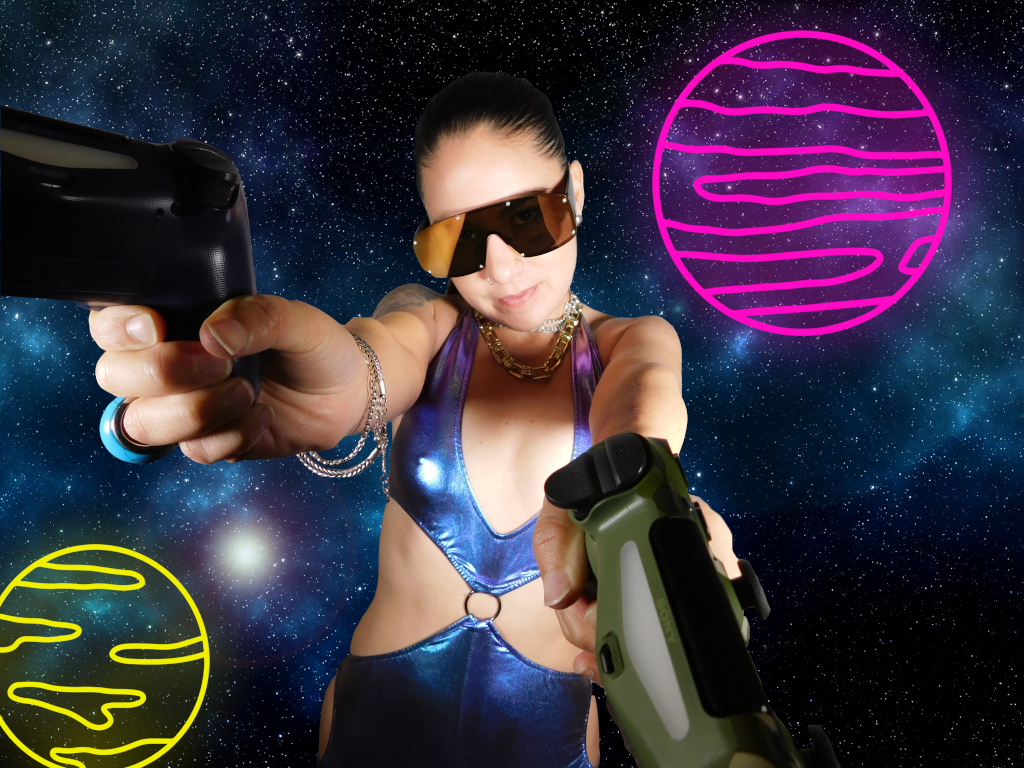 Medussah fascinates their listeners, being able to experiment and mess around with the sound of the vocals. They bring a whole new meaning to electronic music. The music gives a mind-blowing extraterrestrial feel to it. The use of synths creates a care-free and relaxed vibe making it easy listening.

Medussah is an award-winning musical duo from Ecuador based in North Bay, Ontario. Specializing in live latin performance with a futuristic electronica vibe they play original music from wide repertoire featuring keyboards, sequencer, piano and voice.

The band has been recognized with awards in national and regional competitions in Latin America. In 2010 Medussah was awarded an original music project for professional recording of two songs in audio and video formats from a national competition.

In March 2011, Medussah was chosen by Vistazo, a leading national publication as one of Ecuador’s most talented and promising young stars.

The band has toured around the world, winning prizes and recognition for their original sounds, vocal talent and original musicianship. They were semi-finalists and received a special mention at Unsigned Only in Nashville, Tennessee at a world music contest.

Recently the band has been working hard to develop their style culminating in a rebirth during 2020 in Canada. “Otra Copa” their first music video and single released in Canada, brings their spirit to the world. It will be part of

The music video “Otra Copa” filmed in North Bay celebrates the beauty of the North and the creative ideas that arise from cultural exchange. This video has been produced by RFP Media a local media company based in North Bay.

Listen to Ride with me:

After listening to this single we truly are blown away by the skills Medussah has with the use of modern technology. The production is phenomenal. We are excited to see what experimental risks they will take on with electronics and synths! They definitely are fantastic artists of this generation. They will be riding all the way to the top and we can’t wait to see their journey unfold.