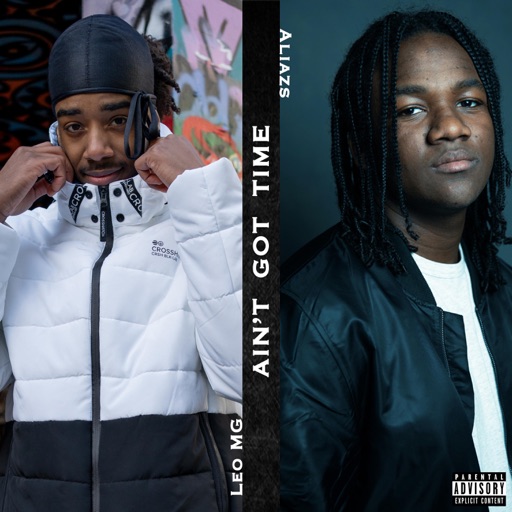 Leo MG gets us up and moving with his new single. With unforgettable and appealing lyrics this songs offers inspiration and power to its listeners.

After spending the last few years focused on refining his skills as a songwriter and performer, Spanish born London raised rapper Leo MG is ready to prove himself as one of the hottest upcoming artists to step into the music scene. Starting off in the industry 3 years ago, Leo MG’s career began as an artist in 2018 with the release of his first single; working also as a radio presenter for a year. A few of his accomplishments include a feature on “Wake Up” by Sirius which reached 27k views on the LinkUpTV YouTube channel, performances for Red Bull sponsored events and receiving recognition on his social media platform from the likes of UK artist’s Blanco (from Harlem Spartans), Jay1 and producer Dr Vades.

Following on from the success of his debut single “Mr Wavey” in February 2020 which has reached 19,000 streams collectively; independent artist Leo MG is releasing his latest song “Ain’t got time”. The new single will be available for purchase on Apple Music and can be streamed on all major digital platforms from 6:30pm on Friday the 22nd January 2021. Featuring on “Ain’t got time” with his debut is Aliazs, Leo MG’s right hand man & long time friend, who he credits as being an inspiration for him to start freestyling and supportive of his passion for music since day one.

Aspiring to share his contagious positive energy, “Ain’t got time” captures the determination Leo MG feels towards getting the best outcome from consistent ‘grind and hustle’. In one of his verses, Leo MG proceeds to rap “Everytime I get a second then I get it, ‘cause you know I’m gonna kill it and my people are gonna feel it, I’ve been living to the limit, let me kill it in a minute, this is only the beginning to a life full of winning” – clearly, he’s a man with ambition who’s proclaiming his success.

Described as a song that represents being motivated to consistently improve and remain on the move, the quick flow and choice of words in the lyrics depict a desire to accomplish a dream in an increasingly fast paced & competitive environment. This concept of motion & continual progression is also portrayed in the music video, shot and directed by Clayton Creation, the visuals capture Leo MG’s effortlessly uplifting & captivating energy. The video for “Ain’t got time” will be debuted on the 22nd January alongside the release of the single, available for viewing exclusively on Leo MG’s youtube channel.

Over the past 12 months, Leo MG has dedicated his time and energies into creating, recording & producing a collection of his work that forms his debut EP, titled “Optivus”. Meaning ‘chosen’ in the latin language, Optivus reflects Leo MG’s perspective of being ‘different from the rest’ allowing himself to freely express his character and personality within his craft. Motivated by a relentless passion for music & self expression, the decision behind the name choice reflects the feeling of being “destined for greatness”. Consisting of 6 tracks, including “Mr Wavey” & “Ain’t got time”, the EP titled “Optivus” is a compilation of music that reflects the different aspects of Leo MG’s personality. Although the style of each individual track differs from one another, they all connect – as Leo MG expresses the different aspects of his personality throughout the EP.

The single “Ain’t got time” will be available for streaming on all major digital platforms and is available for purchase in the Apple Music store on the 22nd January 2021, ahead of the long awaited debut EP titled “Optivus” which will be released on the 12th March.

Listen to Ain’t Got Time here:

This single is sure to kick start any day with the right attitude. Definitely not one to let you down!