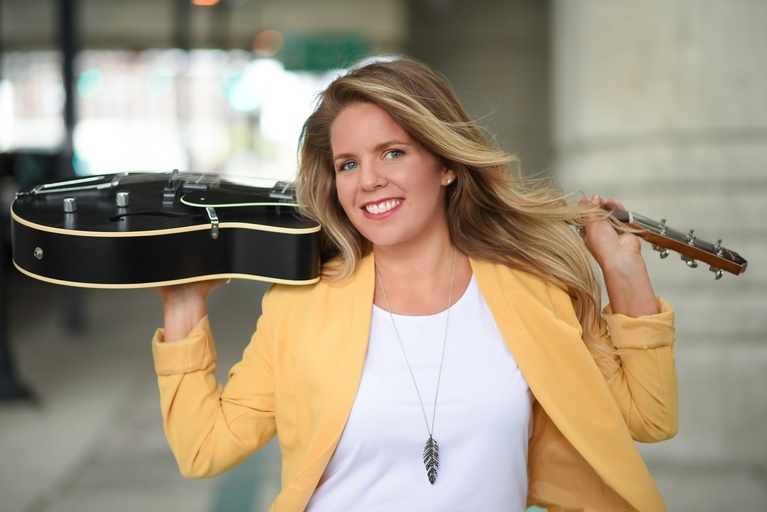 Keri Stewart’s debut single ‘Candy Land’ is something to get seriously excited about. The single tells the story of a journey Keri took when she was a child, and the song itself showcases Keri’s musical talent which she’s been perfecting since she was four and first picked up a musical instrument in her bedroom. You can listen to ‘Candy Land’ here:

She’s finding her way to something beautiful. Keri Stewart’s original single “Candy Land” kicks off her upcoming album, and it’s been a long time in the making.

The passion started at age 4 when she played her mother’s old vinyl records in her bedroom, and by age 10, she was teaching herself piano and writing music. Eventually, guitar, ukulele, 5 children of her own, and adventure followed.

From the rural, dirt roads of Minnesota to the urban streets of Boston, Keri has brought her voice and singer/songwriter style of music with her across the country with echoes of artists such as Karen Carpenter, Natalie Merchant, Alison Krauss, Norah Jones, Sarah McLachlan, Sarah Bareilles, and Amy McDonald.

Now, with a few years behind her (we’ll just go with 29, because we know better than to linger in those details), she’s taking a new leap into a new season with her first and upcoming original album.

Candy Land is a metaphor that represents not only a real adventure that Keri and her sisters took as young children, but also the mental escape she sought as a child while growing up around alcoholism.

Talking about the the adventure Keri says:
” It felt like flying.
It felt like 100mph freedom.
I’m certain our banana bikes were moving almost that quickly.

We were roughly 11, 7, and 4 years old living in a trailer house in rural nowhereville, Minnesota 9 miles from town. Corn fields and gravel stretched as far as the eye could see.

We were home alone, which was not unusual in those days. And we had a plan, a GREAT plan, one that would live in my memory forever.

We searched every corner of our tiny home for spare change. If we could find just 50 cents, the plan was doable. Certain that we had enough, we set off.

Banana bikes were the perfect getaway car. They fit 2 little kids easily. My 7-year-old sister rode hers, and I lifted my 4-year-old sister onto the front of my seat. She perched with her feet balancing on the lower bar while holding onto the handlebars. My short, 11-year-old legs pedaled awkwardly around her.

Off we pedaled down 2 miles of loose gravel and another 7 miles of 2-lane, 55 mph highway. Our goal: to buy a candy bar at the gas station.

And we did. I don’t remember the candy bar. I remember the adventure. I remember the freedom, the excitement, and the wind in my hair. I remember the escape. We may as well have been a million miles from home. We rode because we could, because no one had told us all of the reasons we shouldn’t or couldn’t. We had pavement and gravel behind us, and we were free.

We rode all the way to town and back again. Our old tires held up. We survived the highway. And, ironically, no one in our tiny town of 2000 where everyone knew everyone found it peculiar enough to stop us or rat us out. Our adventure remained our secret for many years.

That day has continued to represent escape for me through the years. When life became unbearable, and I felt trapped, I would escape through music, dreams, and visions. I would travel mentally to a beautiful, peaceful, happy place where no one could find me, a place where I felt free. Candy Land will always be there waiting.

On that day, three little girls who were just naive enough to be brave rode 18 miles round-trip on old bikes without a care in the world. Those little girls will always be with me inspiring me and reminding me to believe that, no matter the circumstance, there is always something great ahead that’s worth the ride”.

The release of ‘Candy Land’ marks the beginning of a new journey for Keri as she promises an album for 2021. Combining her musical experiences since the age of four we can’t wait to hear a full project from Keri and we’re sure we’ll definitely be going along for the ride.

You can continue to follow Keri Stewart’s journey through her socials.