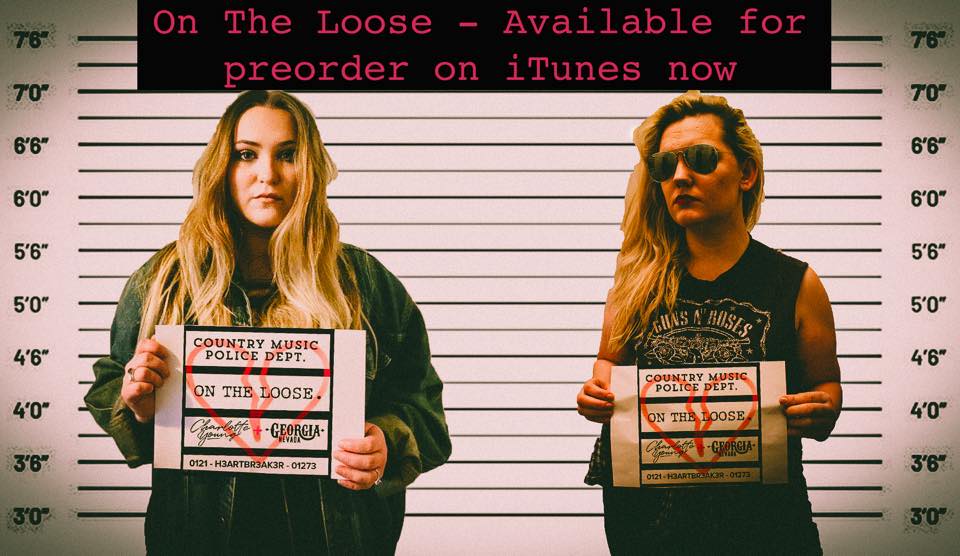 Charlotte Young is reinventing country music, dragging it into the 21st century with her new ridiculously catchy and upbeat new single ‘On The Loose’. The track, featuring Georgia Nevada, showcases Charlotte’s musical and song writing talents. The chorus is the perfect balance of singalong and toe-tapper. Throughout the song Charlotte romantically tells tales of heartbreakers fleeing their crimes of romance. Despite her American inspired sound, Charlotte’s actually from Birmingham and represents country music internationally.  You can enjoy On the Loose here:

Charlotte Young is a critically acclaimed, chart-topping country singer-songwriter from Birmingham, UK. Taking influence from the likes of Johnny Cash, The Eagles & Carrie Underwood, Charlotte creates a unique sound that strikes a balance with old-fashioned country feelings and contemporary country sounds and crisp production. Following an incredibly successful debut year with a #1 UK iTunes Country Single and accompanying #1 UK Country iTunes Album with ‘Blown Away’, Charlotte has been nominated for a number of awards including UK Country Artist of the Year & UKCMSA Newcomer of the Year, and has amassed over 20,000 streams on Spotify.

The brand new single ‘On the Loose’ is centred around the idea of people committing crimes of romance and that heartbreakers are on the run. “I thought i’d write a song from the perspective of a heartbreaker – I don’t think you find those that often!” The traditional country-inspired track is a sassy duet by Charlotte Young and fast-rising UK country talent, Georgia Nevada!

Speaking of the single, Charlotte says:
“On the Loose is the tale of a woman on the edge, after having her heartbroken so many times she decided it’s her time to be the heartbreaker. Joined by Georgia Nevada we tell a tale of female empowerment with some tongue in cheek lyrics and a whole lot of sass!”

Georgia adds:
“I was honoured when asked to be on this track, when I listened to it for the first time I was instantly excited. It’s upbeat, fun & a whole bunch of sassy.” “To me, on the loose is a song about being totally carefree – no matter what’s going on around you! It’s a song you sing along to after a breakup when you want to feel like the badass you are.”

The single is released in full this Friday (19th Feb), and we’re really excited to see what new music Charlotte will be brining for us throughout 2021. Till then though we’re going to keep singing ‘On The Loose’ and dream of top down convertibles driving along highways in the desert.

You can follow Charlotte Young on their journey through their socials