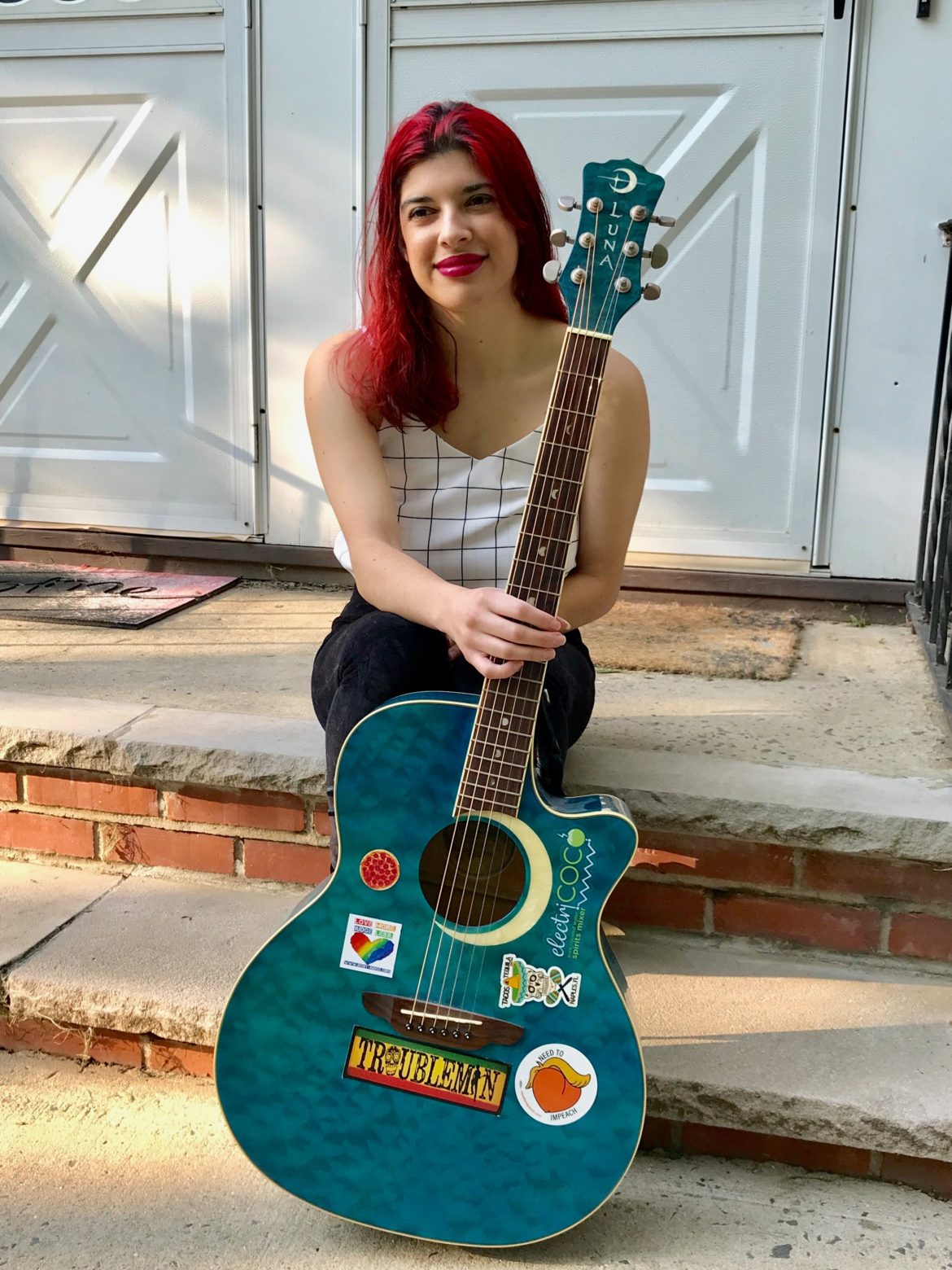 Alternative rock artist Alex Julia pulls out all the stops in her EP ‘Better Part of Me. The album which takes its roots in the grunge genre of rock, uses a combination of heavy drum and guitar beats and personal lyricism to give it the rawness this style of music needs. Alex Julia’s album is perfect for those of us who want to be transported back to the sound of the 90s grunge scene.

You can enjoy Better Part Of Me here:

Alex Julia, a New Jersey-based singer-songwriter, has released her debut EP release Better Part of Me. From the stripped-down acoustics of ‘Feeling More’, the guitar-playing conjures a ukulele sound and vibe, complemented with soft vocals. At other points in the EP, the artist dives into more expansive rock melodies with producer JEAN.

Songs like ‘It’s Coming’ and ‘What’s Going On’ offer up a harder, grungier style, while the singles ‘Counting Stars’ and ‘Better Part of Me’ are influenced by 80s driven pop beats and 90s alternative rock, respectively. More modern pop influences are layered with funky guitar riffs in ‘A Beautiful Escape’.

In a class of her own, Alex Julia is unmistakably original, yet undeniably inspired by artists like Alanis Morissette, Paramore, and The Red Hot Chili Peppers. Emerging primarily from the Asbury Park music scene, Alex has primed herself for a career in music and has been featured on Spotify playlists since summer 2019. In addition, she has received recognition from Produced by a Girl podcast for rising female artists, and most recently, STAR BREAKER Radio, where she talks about her new EP with producer JEAN.

Alex Julia has shared the stage with such talents as Jarod Clemons and Kolour Story and has regularly played the Jersey Shore Music Festival 5 years straight.

After months-long anticipation of when live music events will resume, Alex Julia plans to book shows again in New Jersey and neighbouring towns, in support of her first studio release, as soon as venues reopen. Look for ‘Better Part of Me’ to hit music streaming platforms (Apple Music, Spotify, Amazon) on 09/19/20! And stay updated on the Alex Julia band page for a schedule of live events.

We can’t stop playing this nostalgic sounding rock album and we know you will love it too. Alex Julia’s new EP has definitely cemented her place within the alternative rock arena.

You can follow Alex Julia on their journey through their socials