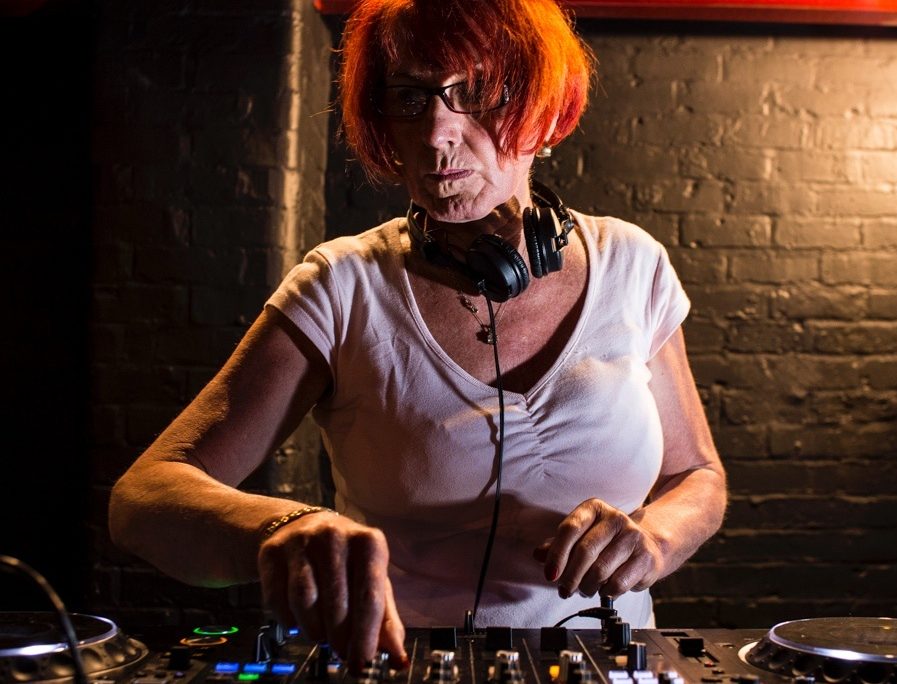 Jacki-E & 10-80P’s new mixes of her EP, ‘Time and Space’ is an energetic and ethereal creation filled with unique musicianship and creative musicality. The EP takes you back to a time when we could party together and enjoy times on the dance floor that went well into the early morning hours. We are particularly a fan of the samples and vocal sounds infused throughout the EP that brings life and warmth to the songs. You can listen to the mixes here:

Jacki-E is a DJ / Producer from Northamptonshire in the UK. With her partner, P-Mac, she has her own weekly radio show, A Darker Wave, in which she plays the best in new underground techno. She has recently started a second show, Draw The Line Radio Show, which features the amazing music being made by women DJs and Producers and which is showing that the overwhelming male bias in festival and club line ups and in set track lists is totally unnecessary.

Jacki-E has played DJ sets in clubs in Germany, in the Midlands, on the South Coast in Brighton and Worthing and in London, Birmingham, Bristol, Liverpool and Manchester. She also produces her own original tracks and remixes. Her EP, “Marionette,” a collaboration with American DJ / Producer Eric Louis with remixes by Jazzuelle, was released by Get Physical Music in October 2018 and reached No. 4 in the Beatport Indie Dance / Nu Disco chart. Jacki-E’s remix of ‘One Way Forward’ by The Kid Inside was released by DeepDownDirty in April 2019 and went top 30 in the Beatport top 100 new releases chart. Her remix of ‘Human Robot’ by The SloaneRanger was released in July 2019 and her remix of ‘Silence of the Sands’ by Quint S Ence on 17th October 2019.

In 2020 she had two remixes released by Dead Groovy Music to an incredibly favoured reaction. These remixes were of Liquid Static’s “Rush Hour” and Mila Chiral’s “Repetition Catches Chaos”.

Jacki-E’s main influences are the techno, deep house, jungle, drum and bass and the ethos of the acid house raves and festivals of the early 90’s. If you listen carefully you can hear the underlying stories which have influenced her in her preference for the darker edge of electronic dance music.

As an artist, Jacki-E has so much to give and is an expert at forging compelling collaborations. Her ear for music, specifically within her genre, is evident, and her creativity shines through on her work. You can purchase the full EP mix here.

You can continue to follow Jacki-E & 10-80P’s journey on their socials.