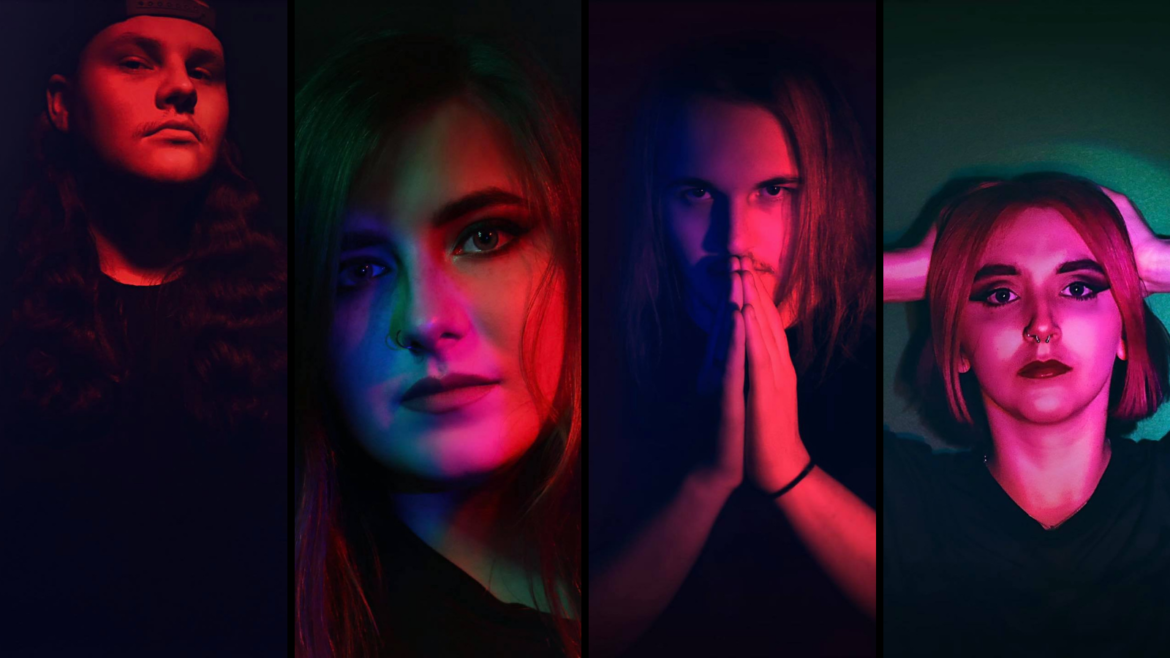 Saints Among Us are back, with their epic new single, ‘Heaven and Hell’. The fusion of heavy metal and soaring pop vocals makes for an extremely catchy song. The musicianship of the four-piece seems to elevate with each release, just when you thought they had shown us everything they can do, they come back and surprise us. Despite what has happened this year, the group are closing out 2020 on a high and taking us all along with them.

Saints Among Us always say their lyrics are open to interpretation, they want everyone to be able to find their own meaning in their songs and relate their own experiences. But the specific experience that inspired this song was body dysmorphia. Although some of the lyrics may hint towards a relationship between two people, the line “I look into the mirror screaming words you’ll never get” in the chorus reveals it is actually a relationship between you and the person you see in the mirror. However, your reflection can become a completely different person when you suffer with body dysmorphia, someone you may not even recognise as yourself. You can listen to their single here:

Saints Among Us as a band are huge advocates for mental health, and they want to bring awareness to various conditions and show people that they are not alone. Body dysmorphic disorder causes huge distress to the sufferer as they see their body as warped and distorted, causing depression, anxiety and panic. But the band are helping us to fight back, “I try to find a way back to myself, I fight my way right through Heaven and Hell.”

The ending came after far too many energy drinks and was a spur-of-the-moment addition. It’s a sound we’ve never played with before, we found it really fun to record and we’re excited to see the reaction to it!!.

Saints Among Us are a four piece Alternative Rock unit forming in Doncaster, South Yorkshire, now residing primarily in Manchester, UK. We were introduced to them when they released their last single, ‘Do You Remember’ which was a single we could not forget. Their sound is unique and powerful, thanks, in part, to the exceptional talent of their charismatic front-woman.

A mixture of stunning guitar riffs, hooky vocals and dramatic song writing puts Saints Among Us at the forefront of female fronted alternative rock bands within the UK. Experience a stadium worthy sound with influences from bands such as 30 seconds to mars, Young Guns, You Me at Six, Slaves (USA) and others. SAU takes what is normal and acceptable with the Alt-Rock market and flip it on it’s head to create their own original sound which will be hard to replicate elsewhere. Receiving great support and backing from BBC introducing stations, local music magazines such as RGM and collecting air time on major radio stations such as Kerrang! Radio. The band are well known for their high energy live performances and electronic sound sculpting being compared by media outlets to pop icons such as Chvrches.

This single has left us in hot anticipation for what the band will release in 2021, where can they go from here? We don’t know, but what we do know is that based on their track record, we can set our expectations high.