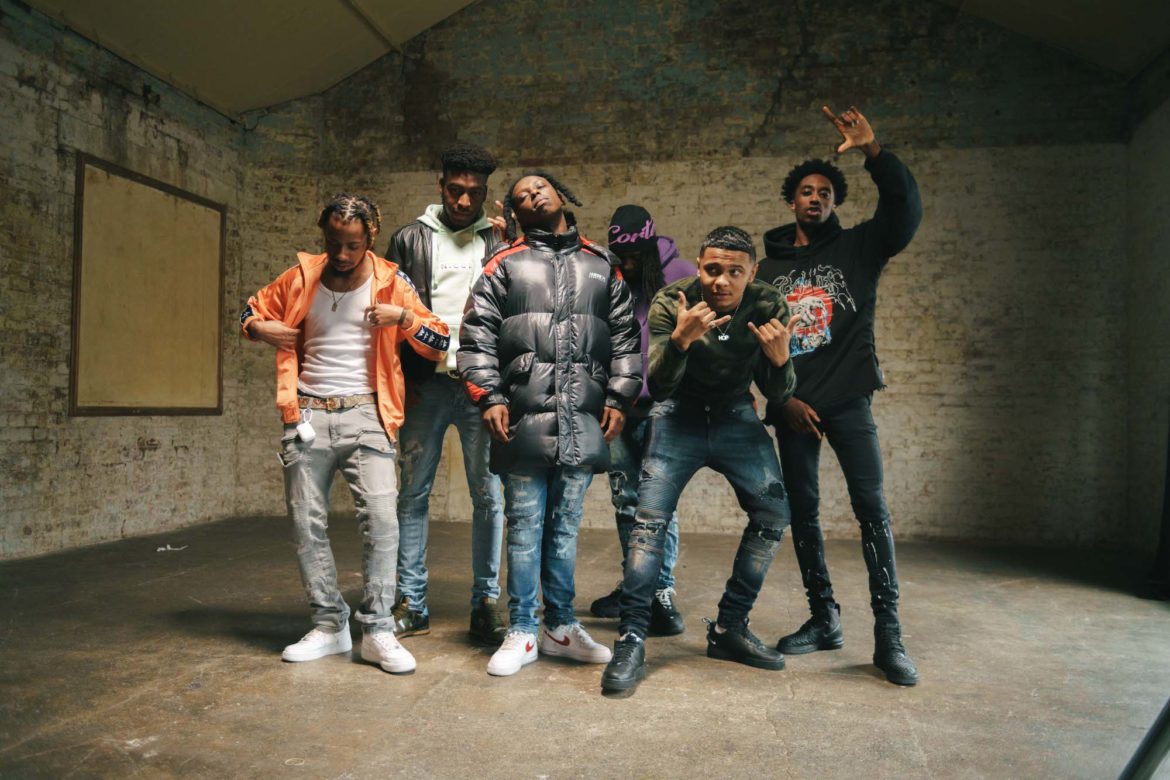 With a mix of ambient synths and solid trap rhythms, ‘Seasons II’ is the album for those windows down, late night drives. We love what we hear from this collective. But why a collective? G-Lo explains…

Collectives come in many forms. Anarchists, the Power Rangers, spiritual groups – you name it. But, when it comes to British rap group House of Pharaohs, there isn’t really any historical precedent. They’re not making grime. They’re not on drill, and they’re not on road, either. House of Pharaohs is an entity made up of solo artists – each of whom has their own unique tastes and personalities – who come together to create something unique.

You’ve probably heard House of Pharaohs already, whether through their infamous radio-play on Frank Ocean’s Blonded radio show (he played their break out tune “RWM (run with me)” in 2017). Maybe you’ve heard their solo stuff, whether that’s Sam Wise (he most famously collaborated with BBC Sound of 2019 winner Octavian on “100 Degrees”) or BlazeYL, Bandanna, Kevin Taylor, Danny Stern and AJ – artists in their own right, each making their own individual waves.

Alongside the music, there’s also their in-house team. They’re managed by long-term friend G-Lo, while three other people work on the creative, clocking the House of Pharaohs membership up to a total of ten individuals. Whey they come together, think of their music as a specific and wholesome dish with each character adding their characteristics and nuances to the flavour. In other words: it’s just different.

In the last few years they’ve become known as one of the ones to watch in London. They followed up debut mixtape ‘Real Faces’ with 2017 EP ‘The Fix’ – a holdover of sorts, a kind of starter dish. Now, it’s time for the follow-up: a collaboration with lauded UK producer Nyge, who you’ll know from his multiple collaborations with AJ Tracey, such as “Pasta”.

Where previous House of Pharaohs releases have sat slightly left field, Nyge’s production brings their work into a new world. “I aim for clubs,” the producer says. “If I can play for when you’re driving fast or in the club – that’s me.” The slight shift in direction has been mutually beneficial too. “These man are hard, they brought out something new in me – a new avenue,” Nyge adds.

The project is called ‘Seasons’, since it’s music that fits with the entire year and it’s various shades and tones – “showing different vibes, really,” as Danny says. Sam continues “It’s being able to show what we can do. It’s a re-birth, to an extent. But it’s not a side step.”

The first release, “Magic City” feels ready for one of those late night cruises on one of London’s circular roads, playing as the cities various landmarks come into view and the night out feels a couple more red-lights away. “2008” is similarly atmospheric but tonally placed in the dance – once the Uber door has closed, the drinks have been ordered, and the table service is in operation. Then there’s “One Call” which sits a step-away from the city and is one for the headphones – sitting back and reminiscing over a situation.

As a group, House of Pharaohs aim for substance. They have grand ideas too. You might have seen them in the famous Nothing Beats a Londoner Nike advert last year, and you might see them in more video stuff too – this time in proper acting roles. Really, House of Pharaohs see themselves as a self-sustaining entity who come together to create good. “We’ve already got management, production, label, creating content – it’s a full service thing that services music, media and artists,” says AJ.

They’ve an inspiring and intriguing prospect, with a singular, positive vision – one based around self-development as much as it is music. “Everyone here feels like they’ve got a purpose and wants to contribute something good,” explains Sam Wise. “We aim to be the best as we can as people. And so, House of Pharaohs allows people to feel other ways and express themselves individually, too. That’s our art.”

With many good tracks on this album, we particularly like the stop-start rhythm that comes with ‘Cigarette’. That snare hat combo sounds reminiscent of a tight drum line or marching band. Matched with flowing lines, this truly is a collective to follow.