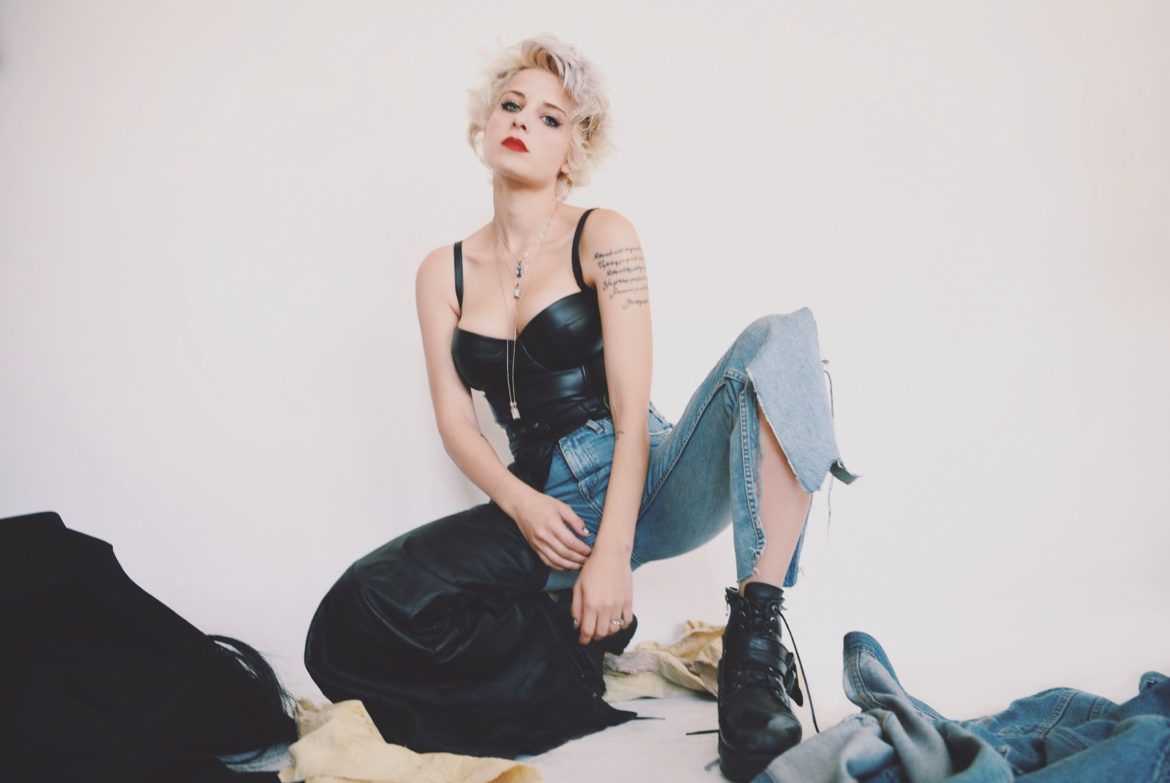 Buel has released her latest single, ‘Lemon Smile’, which is a punchy tune with elements of electro pop infused, creating a starkly unique and charming sound. The song feels somewhat nostalgic, with a slight 90s flair and energy. The lyrics, which describe others hiding truths from you in an attempt to protect, are all too relatable and masterfully conveyed by Buel.

The song was inspired by her experience of people’s lack of sincerity. Buel says: “I see many people not wanting to deal with the consequences of their real opinions and replacing them with a ‘Lemon Smile’. I can see why they think this is necessary but I really appreciate it when people take a second to share their actual opinions or criticise me. Of course this may piss me off or make me feel insecure at first but I feel better seeing myself growing out of my anger and insecurities and focusing on my own taste, which gives me the power to choose if I think there’s something to be improved or I like things the way they are.” You can listen to the song here:

Born in Turkey, Buel started singing before she could talk, and by the age of four was making up her own melodies and singing in idioglossia along to a pre-programmed organ. Ballet lessons exposed her to classical music and she briefly took up the piano before realising that the discipline didn’t suit her, preferring to make music and choreograph her own dance routines at home. She discovered new forms of expression, taught herself to play the guitar and, with her piano teacher’s encouragement, became the lead singer for the school pop-rock band, covering songs by bands like Nirvana, The White Stripes and Sixpence None The Richer. Buel’s eclectic musical influences include Nirvana, Morphine, Mazzy Starr, Kate Bush, Lou Reed and more.

“I see many people not wanting to deal with the consequences of their real opinions and replacing them with a ‘Lemon Smile’.”

Having attended international schools in Turkey, Buel moved to Dayton, Ohio on the invitation of a Buddhist music manager; practising Buddhism and recording demos was interesting, but she wasn’t sure it was right for her musically, and felt she needed to be in Los Angeles. It was while living in Dayton, alone and broke, that she was lucky enough to meet her neighbours Mary and Dottie, who basically adopted her.

Buel explains: ‘Mary and Dottie are a gay couple who helped me survive and focus on my music. They bought me a laptop (since mine was stolen) and a music production set, and found people with whom I could collaborate and develop my sound, they drove me to open mic nights and helped me get my music out there. Then they found me a home in LA and supported me financially; with their help I was able to focus on my music and networking from the first day I moved to LA and I started playing at any venue that would have me!’

The music video for ‘Lemon Smile’ is equally as captivating, and was directed by Buel. You can watch it here:

Following a tour in Arizona, Florida and Texas, Buel put a few songs on YouTube; this led to a meeting with Grammy-nominated producer Adrian Gurvitz (The Bodyguard OST, Stevie Wonder, Andra Day) where she played him a demo of ‘Lemon Smile’. Now signed to AGM Records, Buel is currently working on new material for her EP, slated for release in 2020/21.

‘I think it has a 90s feel; it’s also a bit like Lou Reed’s ‘Walk on the Wild Side’,
with a very individual and different type of lyric.’
Adrian Gurvitz on ‘Lemon Smile’

Buel is a future star on the rise, her presence on screen and in her music feels like an old soul and she brings a sense of character to her genre that is incredibly rare. Her emotive and raw vocals coupled with the an instrumental with a throw-back feel, make for an innovative piece. You can follow Buel on her journey through her Instagram.