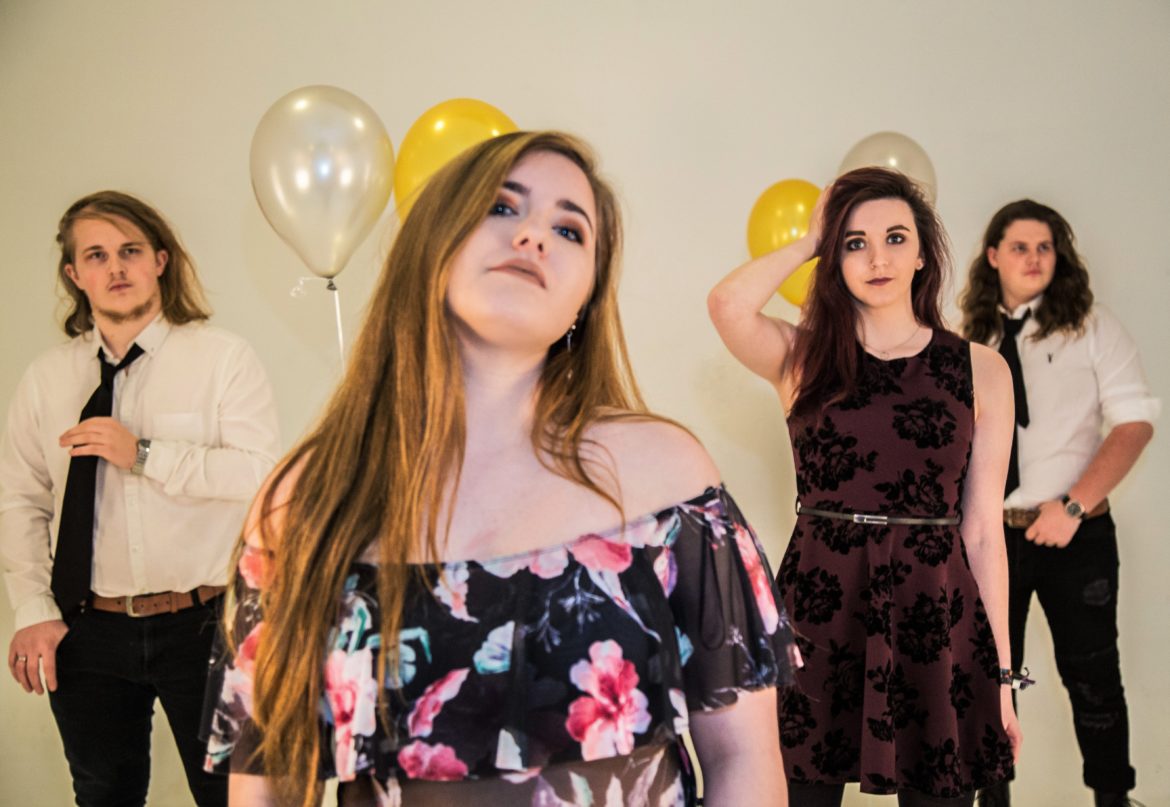 Saints Among Us released their latest single, ‘Do You Remember’ earlier this year, and it is an energetic fusion of rock with pop influences. The soaring vocals of the band’s front woman cement the track as a certified hit, you can listen to the song here:

Saints Among Us are a four piece alternative rock unit that formed in Doncaster, South Yorkshire, now residing primarily in Manchester, UK. They have received support and backing from BBC introducing stations, local music magazines such as RGM and collected air time on major radio stations such as Kerrang! Radio. The band are well known for their high energy live performances and electronic sound sculpting being compared by media outlets to pop icons such as Chvrches.  A mixture of stunning guitar riffs, hooky vocals and dramatic song writing puts Saints Among Us at the forefront of female fronted alternative rock bands within the UK.

Their powerful cover of Ariana Grande’s ‘God is a Woman’, is a clear fan favourite. Speaking about their inspiration, they say with humour that “one half of our band have vaginas (and the other half are pussies) so “God is a Woman” seemed like an obvious choice for a cover. It’s massively empowering, and girls in the music industry is something we love to see! If just one little girl sees us and decides to pick up an instrument, we have done our job.”

“One half of our band have vaginas (and the other half are pussies) so “God is a Woman” seemed like an obvious choice for a cover. It’s massively empowering, and girls in the music industry is something we love to see!”

They continue, “a topic they often tackle in our songs is mental health. All of us either have experience with mental health issues or have been there for someone who does, and our songwriting sessions often become like therapy for us. We create an environment where we feel safe and comfortable to share our thoughts and channel them into inspiration. We love interacting with listeners, and because we are so open, people are open with us. It’s interesting to see how people interpret the lyrics to their struggles. We want people to know they are not alone in how they’re feeling.”

Saints Among Us are on the rise and show no signs of stopping. It’s exciting to see their journey, having carved out such a unique sound in the rock genre. You can follow their journey on their Instagram.