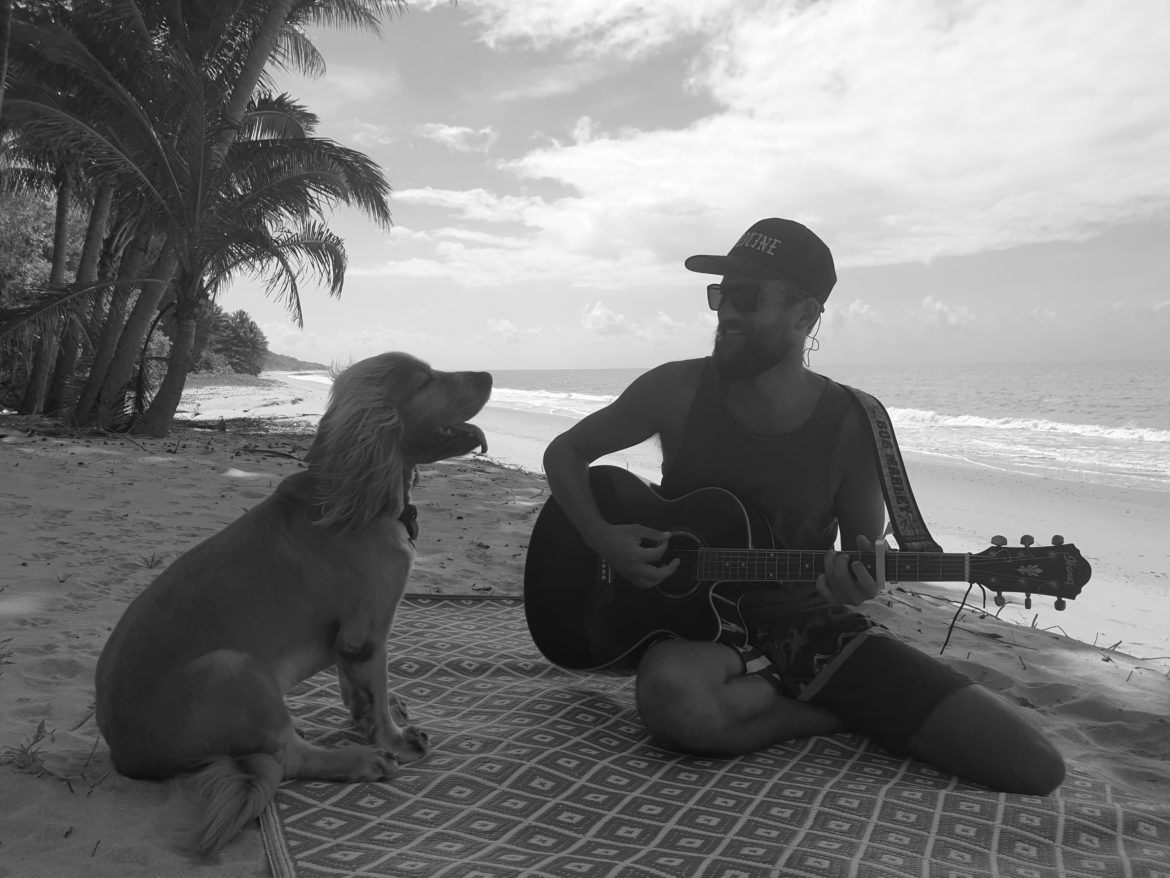 Pj Myers debuted his new album, ‘Decades’ this summer, and we are in love with it. His soothing vocals, coupled with memorable melodies makes for a captivating album that is an essential accessory for a relaxing night in. The standout track is ‘No Place For Hatred’ which is a pertinent theme in the times we are living in. Pj’s pure vocals evoke peace and a state of calm to our otherwise hectic and turbulent experiences in the world right now. You can listen to his album here:

Every song has its own story, and takes you on a journey through the depths of Pj’s heart. Pj Myers has expressed that all of these songs were written in less than 30 minutes (with the exception of Decades).

Pj Myers grew up in The U.K., listening to a wide variety of musical genres, from acoustic singer/songwriters, to roots, reggae, hiphop, rock, punk and metal. This passion for music encouraged him to teach himself the guitar at the age of 15, when he first began dreaming of one day releasing an album. By 16, he was already writing songs, and went on to study music technology in Newcastle, England, although these songs were never shared, due to phobias around performing and being the centre of attention.

Fast forward a few years later and after completing a degree in Biomedical Science, Pj moved to Australia and spent the next ten years working on the Great Barrier Reef. This developed his passion for the environment, particularly the ocean, guiding him to volunteer with a number of research and conservation organisations, which he still works with to this day.

Pj’s other main line of inspiration surrounds personal growth, due to battles in his personal life, struggling with his own mental health, as well as the suicide of a close family member. These events forced him to dive deep into his self work, focussed on personal development, healing, understanding his emotions and guiding himself to a better life.

This stage of his journey birthed a new found confidence and working a day job on a month on/month off roster, he had more time to write and play and develop his craft. In 2019 he played his first open mic night, which resulted in an invitation to record his first two singles, “Believe” and “All I See” at Coconut Groove Studios, in Kuranda, far North Queensland, Australia.

Emerging from his personal struggles to a state of bliss, 20 years after the dream was born, Pj finally released his debut album, aptly named “Decades” as a nod to the time taken to reach this stage in life. This beautifully written album features a relaxed, beach vibe, perfect to chill to on a Sunday afternoon. The lyrics are often delivered in a fast flowing rhythm, over two-handed, acoustic, fingerstyle guitar-work, incorporating percussive elements akin to Newton Faulkner and Erik Mongrain.

His album takes you on a journey of personal development, healing, love and self growth, to an understanding of the natural world and accepting our place within it. Pj’s guitar skills are evident in each song, he delivers a masterful performance throughout.  You can follow Pj Myers on his journey through his Facebook page.