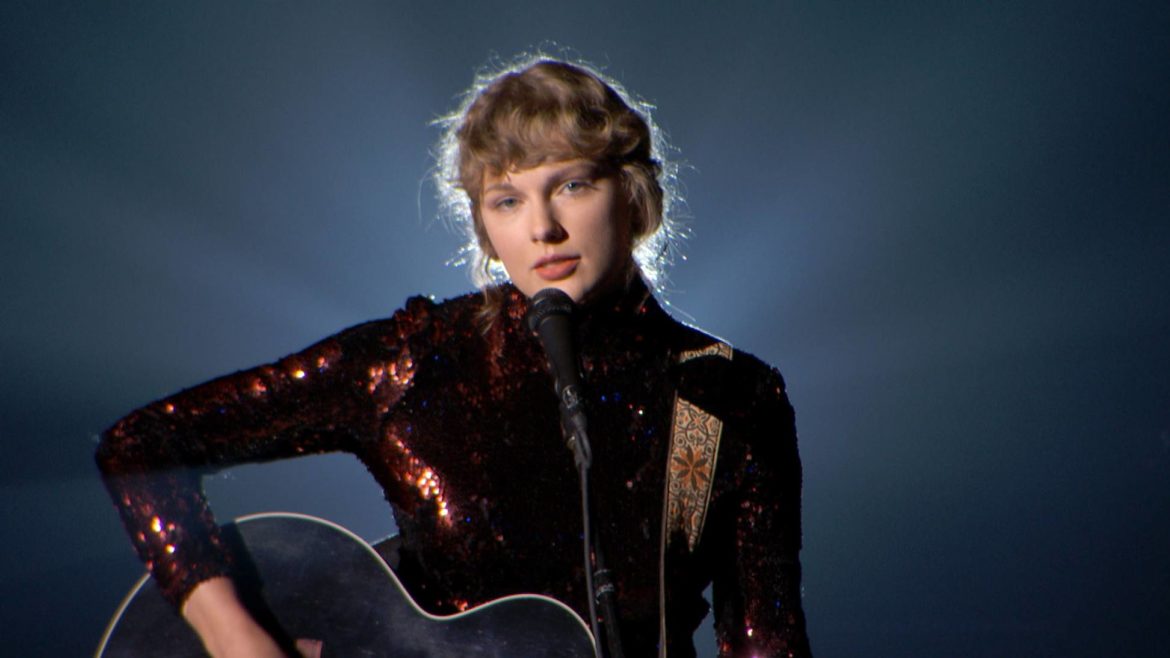 Earlier this year, Taylor Swift reached a big milestone with her surprise eighth album, Folklore, when she became the first artist in history to debut at the top of both the Billboard Hot 100 singles chart and the Billboard 200 album chart. And the accolades keep coming.

On Sunday (September 27), Billboard reported that Folklore has once again become the No. 1 album in the country, replacing YoungBoy Never Broke Again’s Top. In once again assuming the top spot, Folklore celebrates its seventh nonconsecutive week at No. 1 — and Swift herself has bypassed Whitney Houston to become the female artist with the most cumulative weeks at No. 1, across all of her albums. Swift has now spent 47 weeks at the top of the chart.

Billboard notes how Swift’s strategy of sending signing CD copies of Folklore to smaller, independent record shops — as well as her offering them through her own online store — has paid off. She’s also kept busy promoting Folklore even during a time when the live-music industry is effectively shut down; she performed “Betty” at the 2020 Academy of Country Music Awards on September 16 and has released “chapters” of songs from the album on social platforms, creating another kind of listening experience.

Swift’s first No. 1 album was 2008’s Fearless, and each subsequent LP she released hit No. 1 as well. Her new running total of 47 weeks at No. 1 across her discography beats Houston’s previous record of 46, which she had held since 1987.

Billboard points out that Adele is right behind at 34 weeks — and even despite fans’ hopes that a new Adele LP might be in the cards for 2020, the singer shared on Instagram in August that she had “no idea” when her next album might drop.