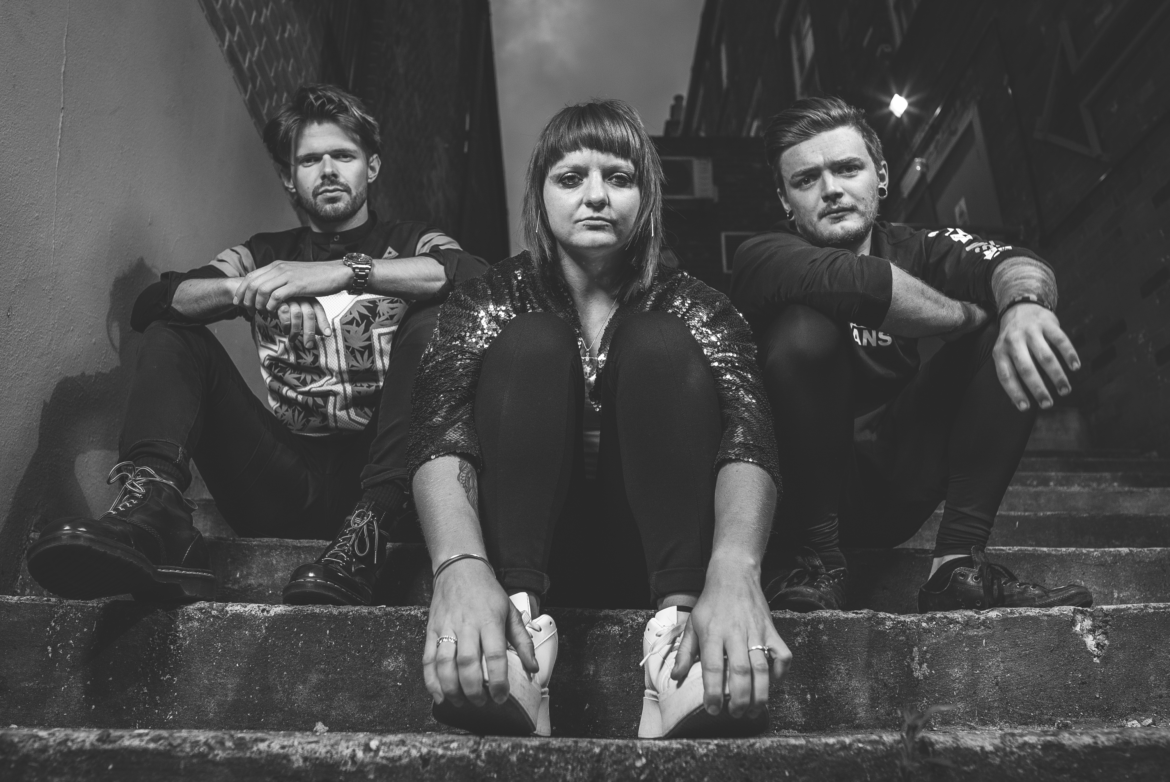 Killatrix debuts their fiery new EP, ‘Future Weapons’, which infuses dynamic beats with the sprightly vocals of their front woman. Killatrix are an independent band, producing their own music, videos and artwork with their small Killatrix team, including our latest music video for ‘Subterranean’.

The three-piece have supported the likes of Skindred, The Qemists, Hands Off Gretel, Sonic Boom Six and played main stage at Village Green Festival 2019.

On 31st July 2020, Essex trio Killatrix independently released their brand new EP Future Weapons. Future Weapons demonstrates a band that have conquered their own hurdles, battled the challenges of being an unsigned, under the radar band and have together grown as a unit and re-invented themselves, ready to pursue their journey.

They reflect that “love and heartache, health and illness, power and control, fear and chaos are at one with , inspiring us to strive forward; sometimes tripping us up and other times stopping us completely, but life carries on. Life is never straight forward.”

These challenges have affected them individually and as a unit causing shifts in their lives and plans. Their philosophy is that things happen, get delayed or, just don’t, but you have to keep moving forward and never back.

Together as Killatrix they have dialled into these experiences, digested what they see around them and have created the brand-new EP: Future Weapons.

You can listen to Killatrix’s EP here:

The EP is not political but it asks questions, it’ll make you think, and it’ll make you feel. The title draws on the idea that we have an increasingly uncertain future. Who and what will be used against us and do they exist now? Everyday people are submerged in so much noise. Fear is often used to control and is consumed by the masses through social media, reposted and regurgitated as opinion without any consideration of the facts.

Words are weapons, people are weapons and ignorance is bliss. Each track tunes into a different emotion. It opens with ‘Subterranean’, serving as the heartbeat of the EP. The song plays on the idea that there are good guys and bad guys in every conflict and how we are served a narrative that often unravels while it’s being reported.

Innocence can easily be flattened by might that’s been ordered by those who are supposed to be our protectors. Outcomes can appear very different when you are sitting in the backseat of the car safe and secure.

It’s followed by the defiant words of ’Centipede’. The evils of media feed on anxiety and insecurities by constantly broadcasting a pessimistic narrative, not because it is always true but because it sells. They believe they control the conversation and consensus, so the answer is to question what you’re fed, don’t be seduced and use your head.

‘Cooked Brains’ reveals a different flavour to the EP with its pop, dance floor feel. It tells a story of someone who has dreams and desires but lacks self-confidence to push forward. She finds escapes through drinking, dancing and partying where she feels ‘real’ but the night always finishes in gut-wrenching darkness and regrets which only multiplies in time.

Track four is the hard-hitting ‘Broken Teeth’ which voices a message of being indestructible. No matter how many times you are knocked down, how many teeth are broken you get back up and keep fighting. Our battle scars have reasons and can empower us on.

Elsewhere ‘Saccade’ speaks of an unhealthy, conflicting love as ex-lovers dabble in the confusion of feelings. Is it real or is it an obsession holding onto the past.

‘Release The Hounds’ circles back to the relationship between status and control and how many powerful figures are able to say some horrendous things without being held accountable. They can lead others to adopt some very ugly and dangerous opinions. It’s bad times, but we are not alone in feeling angry about this.