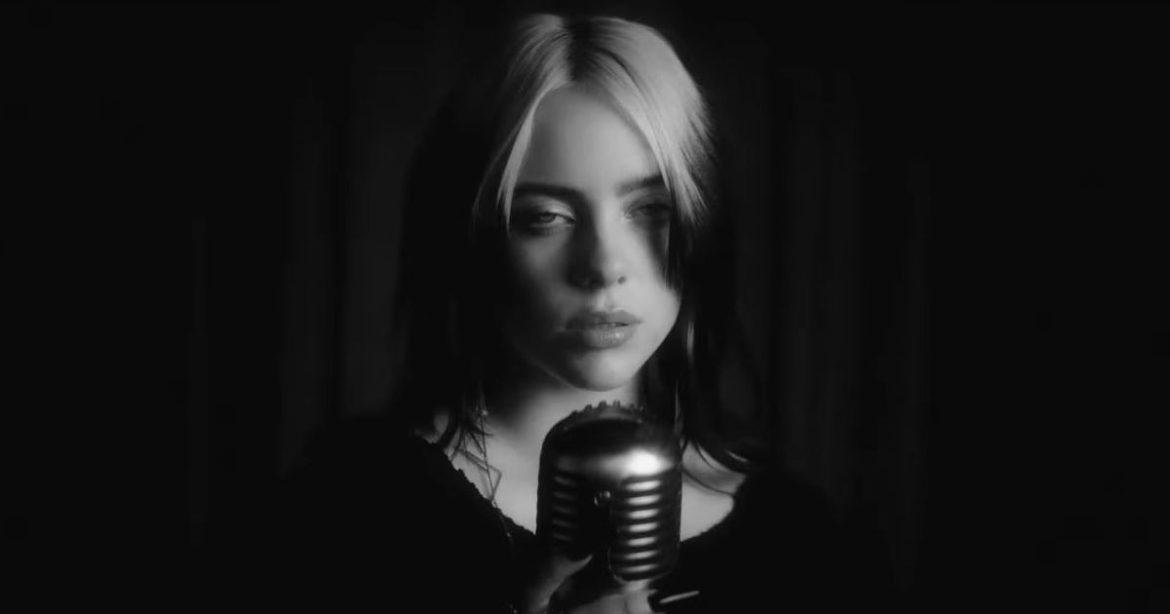 A quick Billie Eilish 2020 recap: After winning pretty much all the Grammys in January, the 18-year-old pop futurist locked in the coveted gig of singing the latest James Bond film theme. That breathy song, “No Time to Die,” arrived in February, a few months before the film’s originally scheduled release.

Obviously, a lot has changed since then. The live-music industry has been shut down since March, which means Eilish’s Where Do We Go? World Tourbillie eilish tour 2020 had to cease just as it began. Still, she released “My Future,” a wandering, downbeat anthem for feeling forlorn, and with No Time to Die finally seeing release in November, the title theme has gotten a video. In the clip, which dropped Thursday (October 1), a glamorous Eilish delivers the song to an old-fashioned directional mic in black and white, draping dangling earrings down as she works her way to the song’s belting conclusion.

There’s something undeniably cinematic about the visual, which is about as simple and scaled back as they come, especially given Eilish’s rich history of metaphorical and CGI-rich videos. No one is putting out cigarettes on her face, injecting her with black liquid, or turning her into an oil-slicked winged demon. It’s just her and the mic, intercut with scenes of the long, anguished, sepia-toned romance between Daniel Craig’s Bond and Léa Seydoux’s Madeleine Swann.

We also get a good glimpse of Lashana Lynch’s character, Nomi — who will reportedly usher in a new era of female 00 agents — holding a big gun, amid lots of other action sequences.

As far as we know, Eilish herself isn’t in the new 007 flick, but she’ll soon be joining the celluloid realm on the big screen. A new documentary titled Billie Eilish: The World’s a Little Blurry hits theaters and Apple TV+ in February 2021.