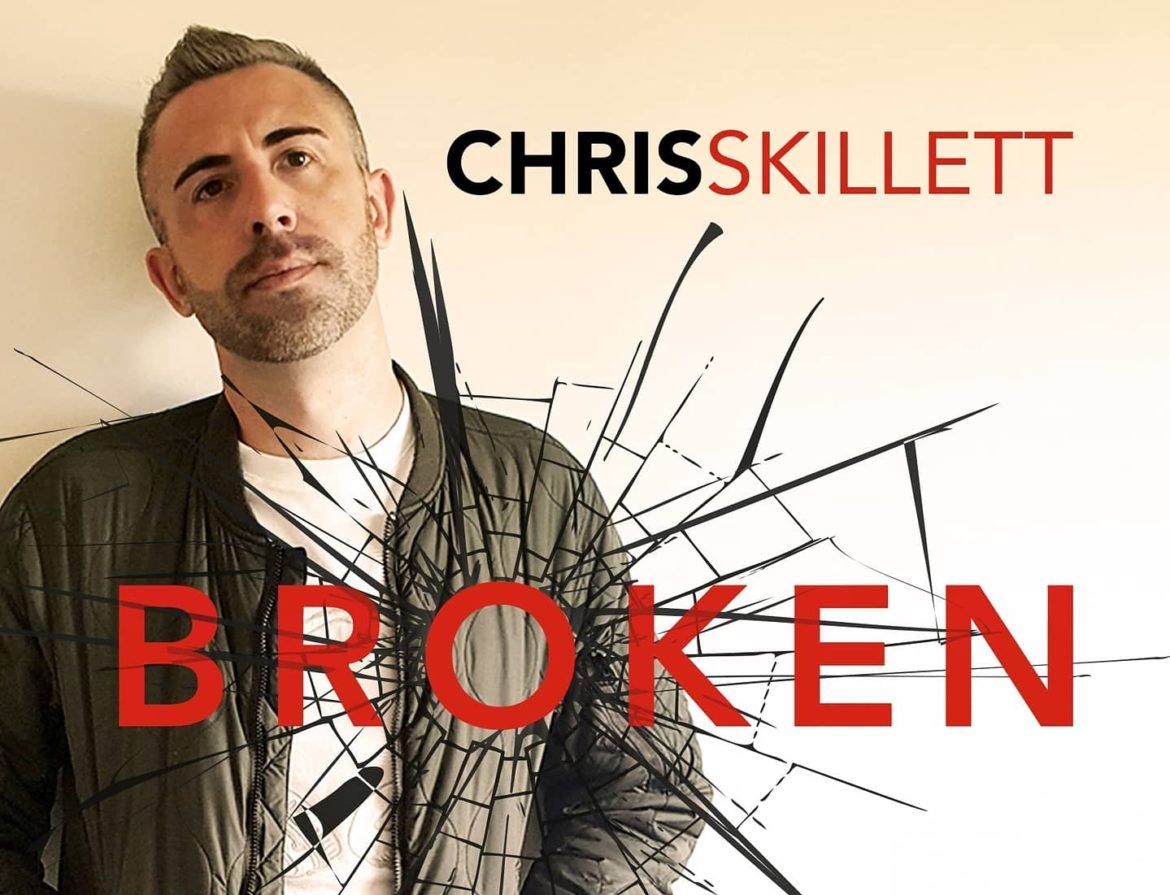 Chris Skillett debuts his dynamic and resounding new Single, ‘Broken’. The song portrays a powerful message that was born from a very vulnerable and authentic place. Chris bravely shares his story through his music in a powerful way. The song was released on 25th September 2020.

In 2016, Chris had a break down and this is his way of putting that across. Broken is relatable to many people as it’s not aimed at him or her but more about the times in life where you might have found yourself broken at some point. Chris states that “if you’re ever feeling broken you can hopefully find the strength to pick yourself back up again.”

He continues, “Broken means so much to me. I can’t even begin to explain but for the people who listen to Broken for the very first time I’m sure those lyrics will take someone to a place they’ve been before at some point in life. I hope people enjoy the song as much as it brought joy for me making it. Being a part of the LGBTQI community myself I’m sure I can speak for many of us who have felt Broken at some point in our lives and this is 100% a shout out to the community with love!”

You can listen to Chris Skillett’s Single here:

Chris moved to Scotland 4 years ago after moving to the UK from Guernsey in 2010. He has always been a singer but never really had the opportunity to do anything with it. The chance to record Broken came up and he jumped at it. From the second he heard the song, he loved it and knew he had to share it with the world. He states, “lockdown has been really tough over here so I felt now was the right time to release Broken.”

This powerful message is set to capture hearts and help people feel less alone in the struggles they might be facing.