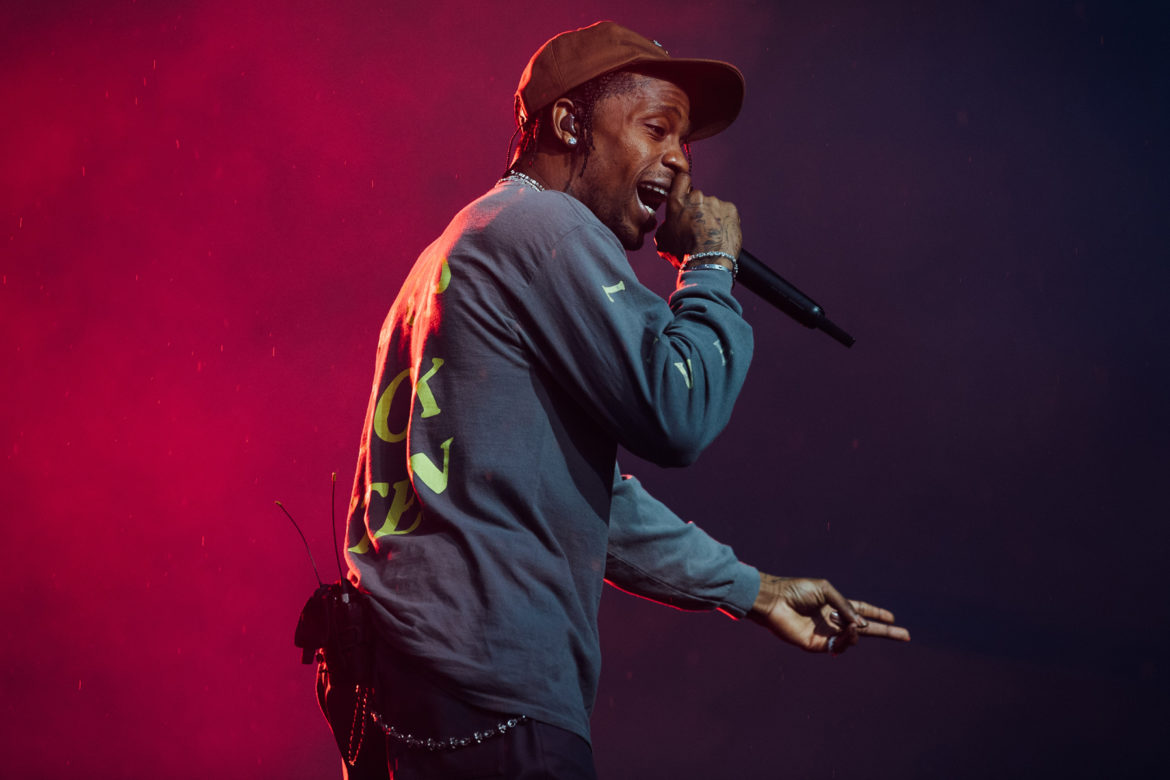 Travis Scott is back with a new single on Friday. This one’s called “Franchise” and it’s been announced with pre-orders available for physical 7″ vinyl and cassette singles. The single artwork, below, is by George Condo—the artist who created a series of paintings for Kanye West’s My Beautiful Dark Twisted Fantasy.

“Franchise” arrives in a year when Scott has shared collaborations with Kanye West (“Wash Us in the Blood”), Rosalía (“TKN”), Kid Cudi (“THE SCOTTS”), and more. His most recent single was “The Plan,” which appeared in the new Christopher Nolan movie Tenet. Travis Scott recently teamed up with McDonald’s for a new promotional meal.

Read “I Ate Travis Scott’s McDonald’s Meal and Lived to Write About It” in Alphonse Pierre’s weekly rap column.