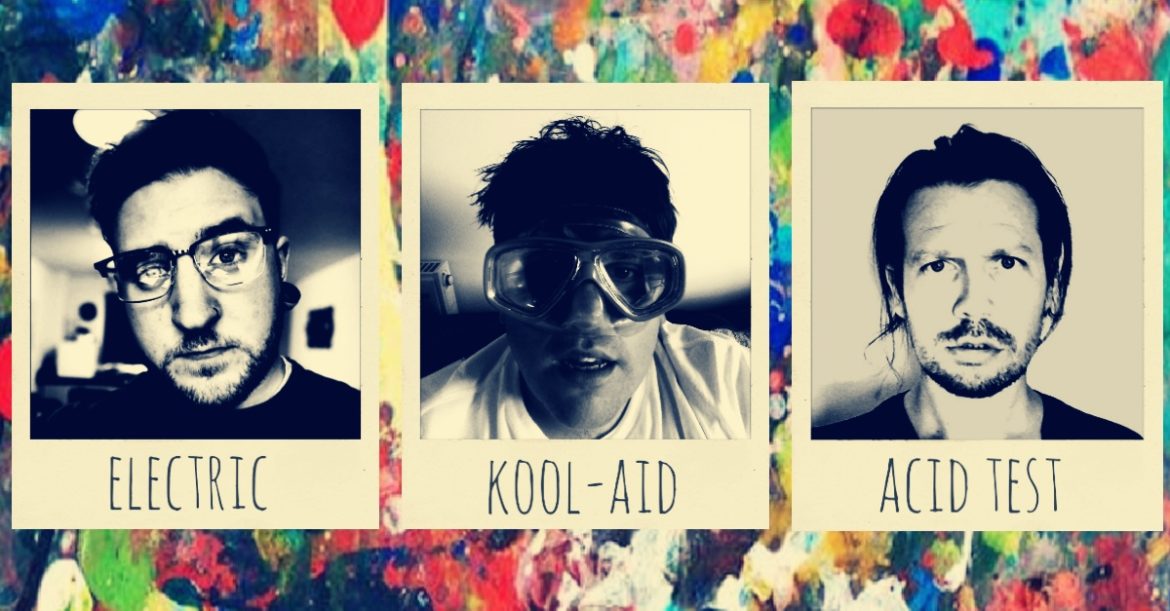 Indie Pop band, Electric Kool-Aid Acid Test, burst onto the scene with their critically acclaimed, smooth, debut single, Apocalipstic. The song garnered the attention of BBC Introducing and was hailed as their upload of the week. This recognition snowballed, resulting in radio play on BBC Radio 1. New music has since been hotly anticipated from of the three-piece group, so fans will be pleased to know that they have new music on the way!

The band started out playing music as a hobby, but they were so pleased with the outcome that they decided to intentionally push it forward. The members are keen to let the creativity flow naturally and ensure that they don’t force it. This is reflected in the easy-going and laid back mood which their music exudes and stirs up in listeners. Their debut single, Apocalipstic, details the end of a relationship where both sides recognise that the relationship has come to an end, but are happy to remain in a rut temporarily. This relatable scenario is cleverly penned and feels uncomfortably familiar.

You can follow the band’s next steps and be the first to hear about their next release on their Facebook page.