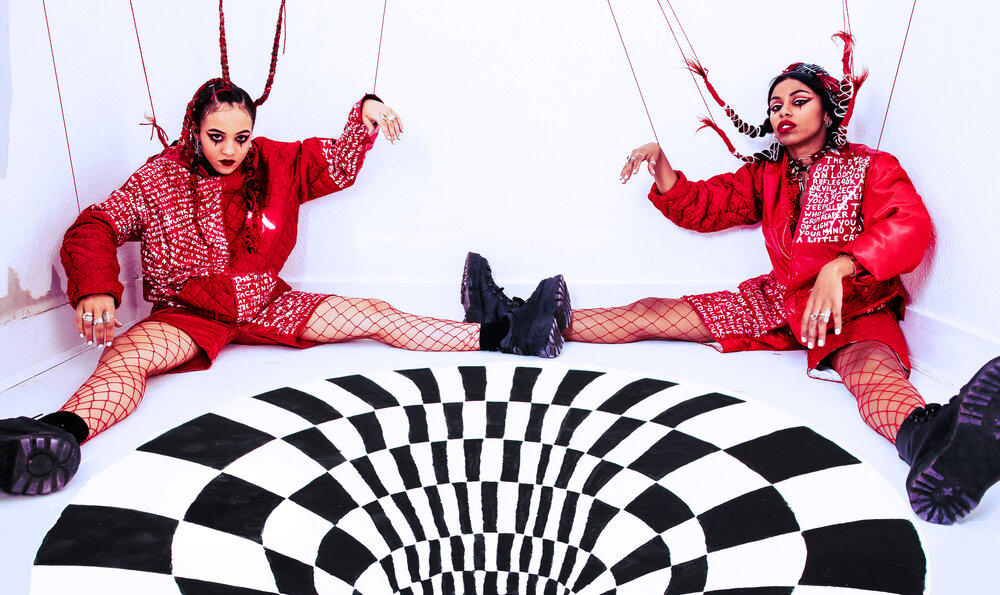 Nova Twins have shared a new video for their song ‘Play Fair’ that sees the band thrown into numerous dangerous situations.

The track first appeared on the duo’s debut album ‘Who Are The Girls?’, which was released earlier this year.

The fiery video for ‘Play Fair’ finds the group’s guitarist Amy Love and bassist Georgia South, plus drummer Tim Nugent, playing in a black-and-white tiled room, manoeuvring obstacles including snakes, scorpions, bursts of flames, and moving walls as they perform.

Speaking about the track, the band said in a press release: “It’s the ultimate revenge tune, about powering through any hurdles that stand in our way. It’s a call to arms; rise against those who try to hold you back! If life hands you an unfair game, don’t play fair.” Watch the Harry Lindley-directed video below now.

Meanwhile, Nova Twins have announced the rescheduled dates for their Reloaded Tour and confirmed a run of support shows with Enter Shikari next year. Their UK tour dates are as follows: