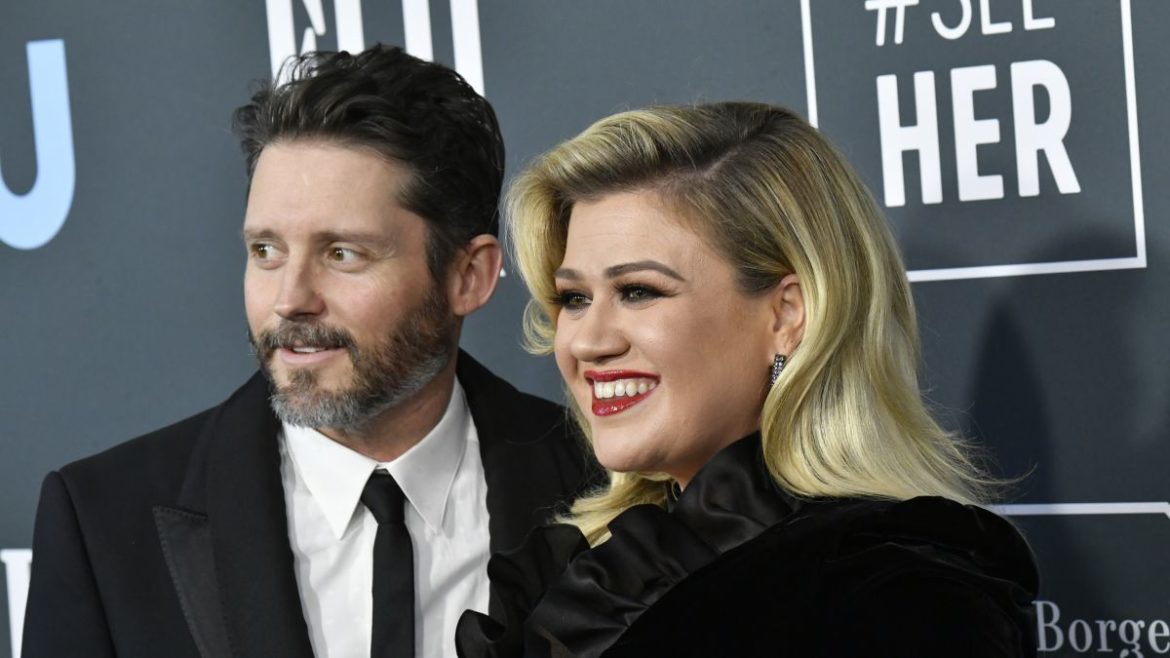 Kelly Clarkson has admitted she didn’t see her split from Brandon Blackstock coming.

The Since U Been Gone singer filed for divorce from the talent manager after six years of marriage in June, and she addressed the split publicly during the season premiere of The Kelly Clarkson Show on Monday.

“Definitely didn’t see anything coming that came,” she said. “What I’m dealing with is hard because it involves more than just my heart. It involves a lot of little hearts. We have four kids. Divorce is never easy. We’re both from divorced families so we know the best thing is to protect our children and their little hearts. So, I’m usually very open and I usually talk about everything. But in this case, I will talk a little bit here and there about how it affects me personally.

“But I probably won’t go too far into it, because I’m a mama bear and my kids come first. Although, I do love you all. But I am okay. Everybody keeps asking and I am. The answer is yes.”

Kelly, who added that 2020 has been something of a “dumpster fire” for her, also said she wanted to talk about the change in her circumstances because she knows it’s something that a lot of people can relate to.

“It’s OK because it matters. It was something important,” she continued. “I know a lot of you at home, unfortunately, have probably been through it, either as a kid or just as yourself in your own relationships. I feel you! And it is a bad connection to have with people.”

Kelly and Brandon share two children – six-year-old daughter River Rose and four-year-old son Remington, while she is also stepmother to his two children from his previous marriage.