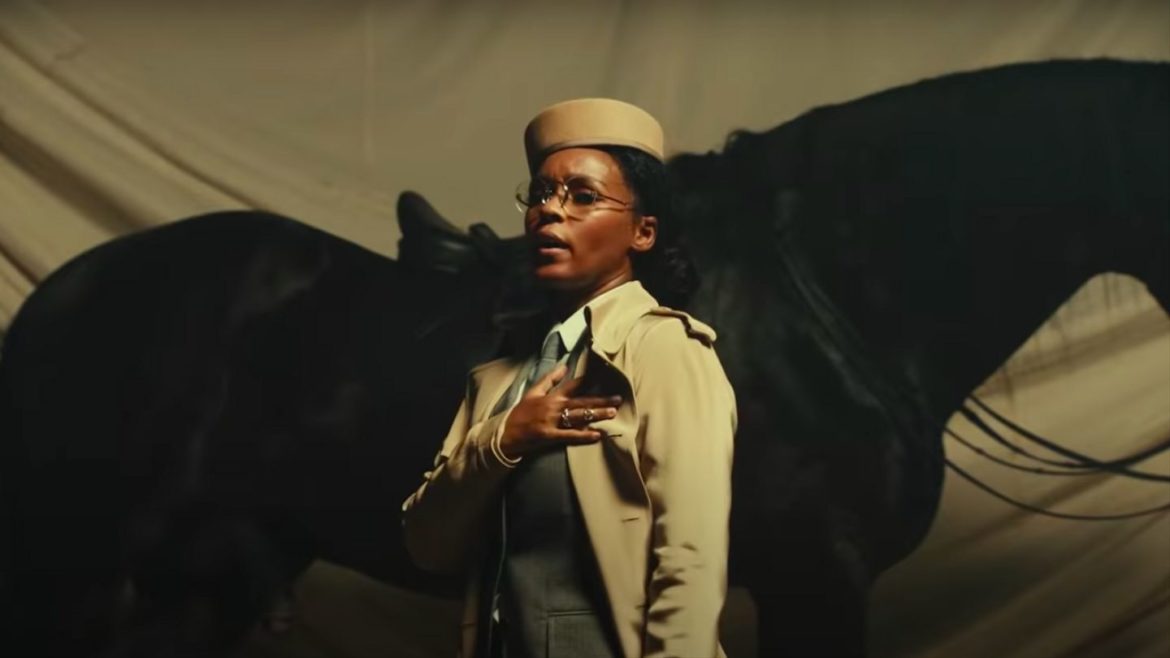 That’s the question the Grammy-winning artist Janelle Monáe posed to Entertainment Weekly when describing her latest single, “Turntables.” The song was released on and flips between cleverly rapped lines about “liberation, elevation, education” and a harmonic refrain with clear gospel influences. It’s Monáe’s take on a contemporary protest song, a call for a political sea change, in the vein of, say, Billie Holiday’s “Strange Fruit” or Public Enemy’s “Fight the Power.”

And on Tuesday (September), Monáe released a moving music video — or, as she calls it, an emotion picture — that solidified that message. The visual opens and closes with the singer walking along the beach in a beige trench coat and military cap. At times, she can be seen singing into a retro microphone before an American flag; in others, she moves through staged breakfast scenes, with a family reading through newspaper headlines as they mouth her lyrics. The visual flashes through archival and contemporary footage depicting inspirational figures past and present: Where one scene shows the model and activist Jillian Mercado at a photo shoot, another depicts a conversation with lifelong activist Angela Davis.

What rings true without is a hopeful cry for change and for equality, and a recognition of those who have been leading that fight for decades. Monáe wrote “Turntables” for the new Amazon Studios documentary, All In: The Fight for Democracy, that shines a light on voter suppression, particularly through the lens of Stacey Abrams’s failed bid for the Georgia governorship. “Right now, I am focused on turning the election in our favor,” Monáe told Entertainment Weekly, “and I hope this song can inspire those who are on the ground doing the work.”