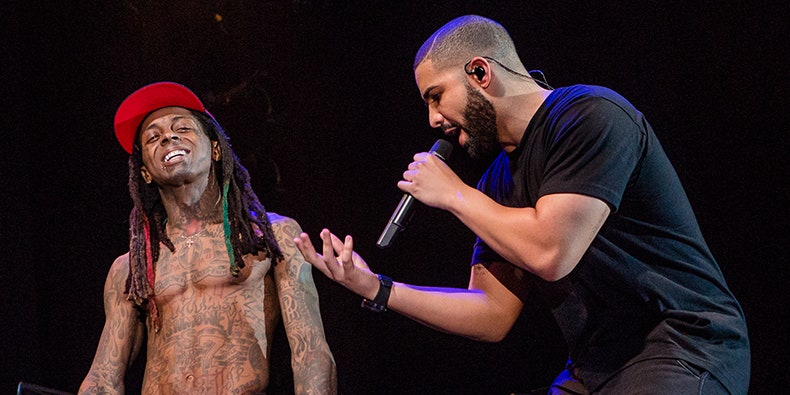 Drake has hailed Lil Wayne for giving him “everything I have” in an emotional birthday message to the rapper.

Celebrating Wayne’s 38th birthday on Instagram, Drake hailed the rapper’s talents and credited Wayne for helping his rise to becoming one of the most influential musicians in the world.

Sharing a photo of the pair on stage together, he wrote: “More life to the man that gave me everything I have!!! My GOAT and not just on some emoji shit.

This latest greeting comes after Drake paid tribute to Weezy on Father’s Day earlier this year, posting on Instagram: “You are my brother but you raised me so Happy Father’s Day I love u g forever.”

Earlier this month, it was reported that the pair have discussed going on another joint tour together.

In 2014, the rappers embarked on the ‘Drake vs Lil Wayne Tour’, which hit US arenas across the summer.

Speaking as part of Brian Miller’s Art Of Facts show, Drake’s former manager Cortez Bryant remembered the 2014 tour, as well as revealing that plans for a second run have been discussed.